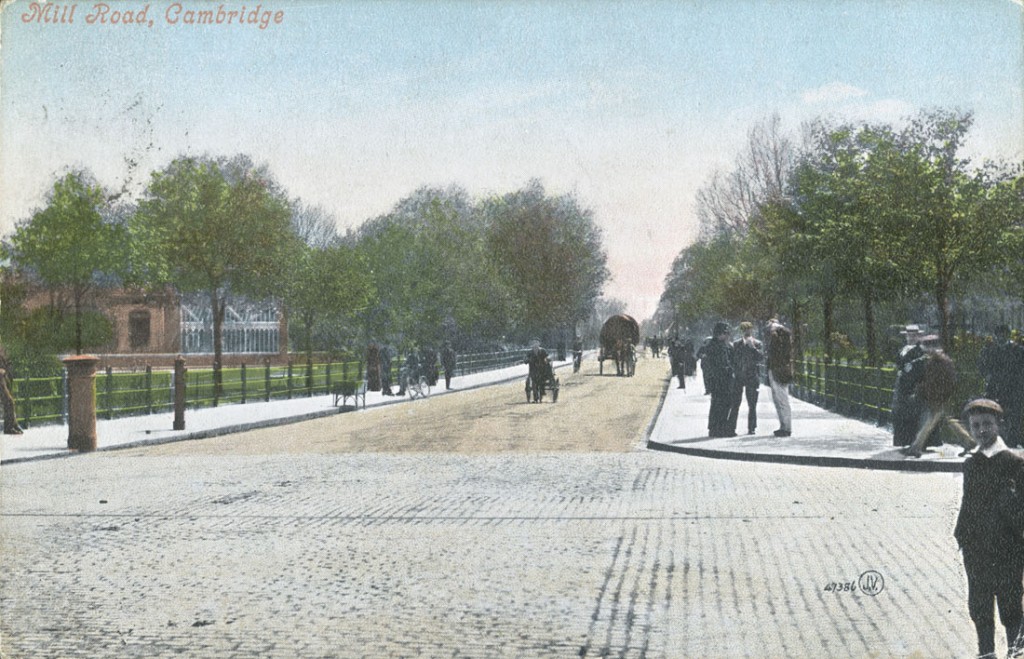 What was here before all the houses?

Mill Road had earlier been known as Hinton Way, a track that ran through the Barnwell or East Field of Cambridge to Cherry Hinton. Together with the West Field and Chesterton Field this was one of three field systems that had surrounded Cambridge since the early medieval period and which had restricted the expansion of the town. In 1800 these fields still confined Cambridge to what in the 21st century has become known as ‛the historic centre.’

Mill Road lay outside the boundaries of the town in the Parish of St Andrew the Less, part of Barnwell, a hamlet clustered around the junction of East Road and Newmarket Road. In the early 19th century the parish had a small population of around two hundred people. By the early 21st century the Petersfield and Romsey Wards had a combined population of 19,000.

The first newspaper reference found specifically to ‘Mill Road’ was in 1823, when it was still a private, largely uninhabited road belonging to the adjoining land owners.

John Clack is the earliest identified resident of what would later be known as Mill Road (in 1816).

The first properly developed area of Mill Road was Covent Garden, from 1823.

Mr Humfrey’s Mill, which would give the road its name, was located at 56/56a Mill Road.

The oldest surviving building on Mill Road is either Ditchburn Place or the former Locomotive public house (then known as the British Admiral). 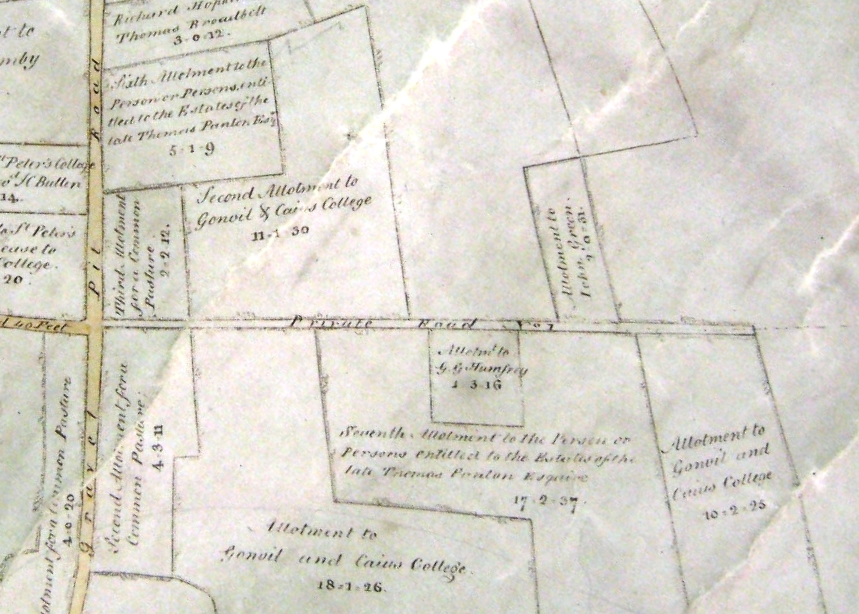 Mill Road is marked on the map as ‛Private Road No 7’.

Progressing down the road, on the right hand side, the ‛Allotment to GG Humfrey’ was the site of Mr Humfey‛s windmill, after whom the road came to be named.

Beyond this allotment, on the opposite side of the road, the ‛Allotment to John Green’ became the site of the Workhouse, now Ditchburn Place.

‛Private Road No 7’ terminates shortly after this, with ‛Footpath No 4’ leading towards Cherry Hinton, just as a descendant of this footpath still leads from Burnside to Cherry Hinton today. No buildings are marked.

The first significant indication in the newspapers that the area was changing came in March 1823 when the Cambridge Chronicle advertised the forthcoming sale of sixty lots of ‘Freehold Building Land’ in ‘Covent Garden, Mill Road, leading to the footpath to Cherry Hinton’. 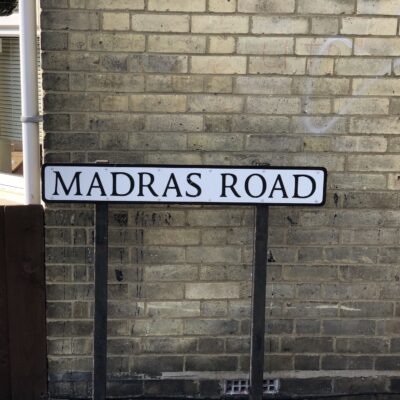 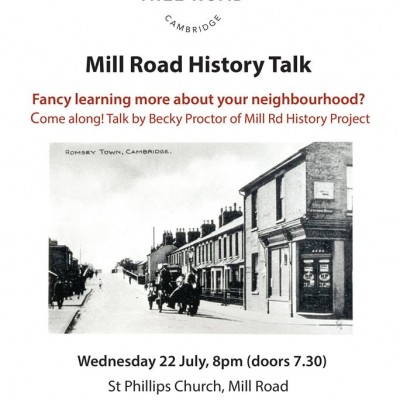 Down the drain with David Lane