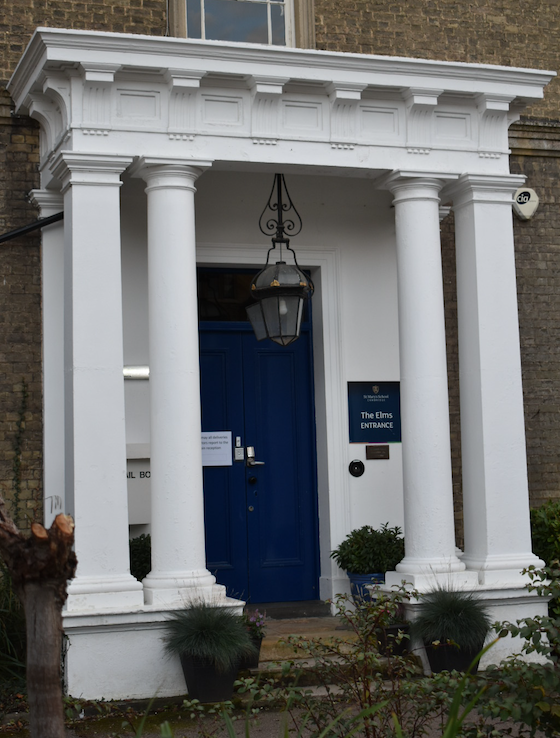 History of The Elms, Bateman Street

St Mary’s School, Cambridge was founded 1898 by the sisters of the Venerable Mary Ward and the Institute of the Blessed Virgin Mary. . The Sisters started out with two-day girls and two-day boarders. In 1904 the swelling numbers necessitated a change of venue and the Elms on Bateman Street was purchased for £6,000. The house had a tradition which was very much in keeping with Mary Ward’s vision. It had previously belonged to Dr B H Kennedy, former Regius Professor of Greek at the University. As the school continued to grow other premises were added. Paston House was purchased in 1909. (Wikipedia)