1871: At this location in the census is listed Providence Cottage, unnumbered, where two families are living.

Harriett A, daughter, 4, scholar, b Cambridge

Sir, —I am commanded by the King to convey to you an expression of His Majesty’s appreciation of the patriotic spirit which has prompted your five sons and son-in-law to give their services at the present time to the Army.

The King was much gratified to hear the manner in which they have so readily responded to the call of  their Sovereign and their country, and I express to you and to them his Majesty’s congratulations on having contributed in so full a measure to the great cause for which all the people of the British Empire are bravely fighting.

I have the honour to be. Sir, your obedient servant.

The five sons and tho son-in-law referred to in the letter are: 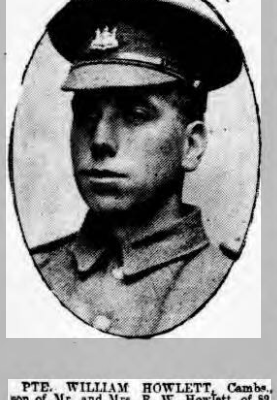