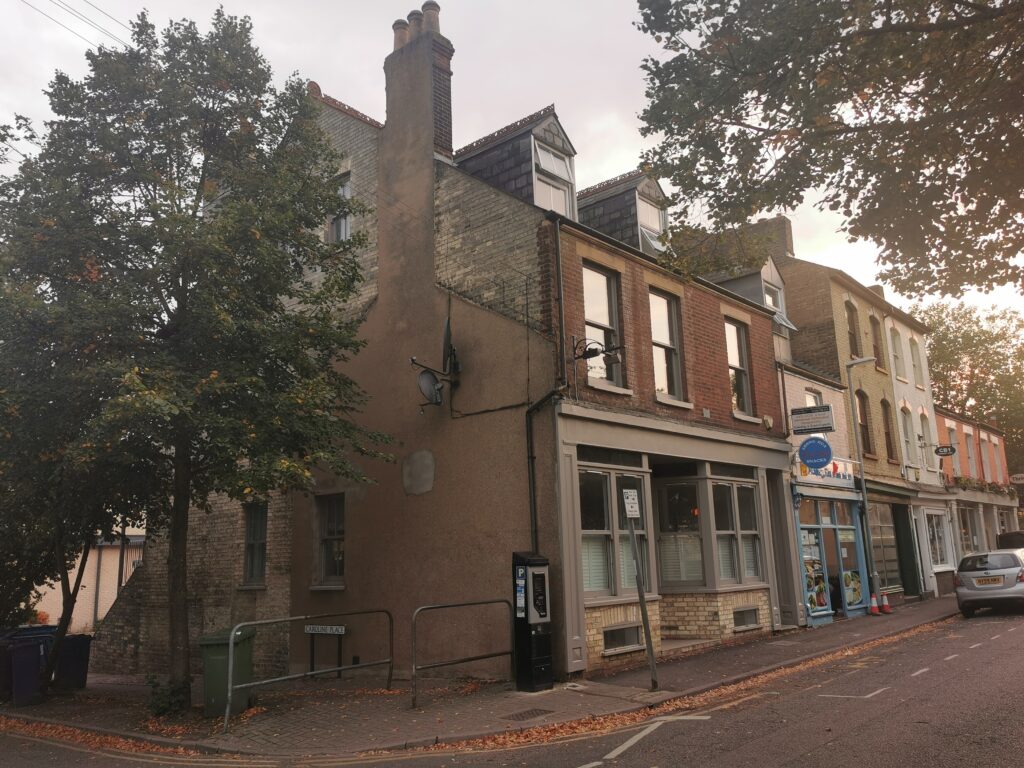 This was the birth place of the mother of Enid Porter (Cambridge Folk Museum curator). Born Miss Barrett, she became Mrs Scott when she married.

Richard and his brother Peter Frost were interviewed for the CWN in March 1981. they recalled that their father was formerly a grocer and draper in Haverhill, but when International Stores came to Haverhill he moved to Cambridge because he recognised the threat of the supermarket. When asked about changes in the clothing business, Richard replied:

Millinery is the big change. It used to be Easter Bonnets, but now separates and jeans have taken over. In the old days Frosts used to sell a lot of maids’ clothes.