History of the Manor House

R Riley, Croxton: Chronicles of a Village, notes that in 1906 Croxton manor was divided into three homes for estate workers. Ernest Saywell, chauffeur at Croxton park, kept a shop in the centre part selling sweets, groceries and cigarettes. It later became two homes: Miss Bowie, Lord and Lady Eltisley’s personal secretary, occupied the eastern and centre part with Alf and Ada Jakes remaining on the west side until their death.

Vanishing Cambridgeshire adds: By 1981 it had fallen into disrepair and there were plans to convert it into a pub. However the whole of Croxton estate was sold in 1984 and the village renovated.

Ernest was the son of Abraham Saywell, shoemaker and butcher.

Alfred and Ada James and the Saywell family are listed on the electoral roll as living ‘in village.’

Before Miss Bowe moved in the eastern side of the Manor House my parents lived there. Jack and Ida Lindsey and family lived there. When Miss Bowie moved in we moved to a cottage just up the road. Then my parents moved to St Neots. I believed it is still called Lindsey cottage. 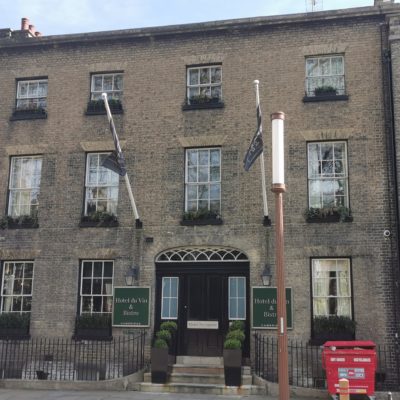