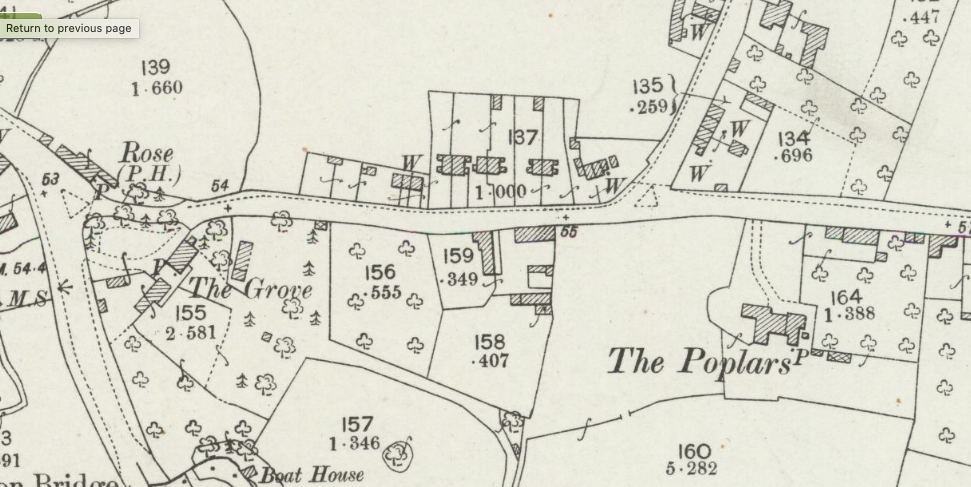 History of the Poplars

FIRE AT STAPLEFORD – A House Destroyed.

A serious fire occurred at Stapleford, near Cambridge, Tuesday, by which house, known as The Poplars, was completely razed to the ground. The house, which was occupied by Mr. Frederick White, market gardener, was the property of Mr. George Short, of The Grove, Stapleford, and was a large and building. It was old-fashioned, having been built about 200 years ago and was composed of woodwork, lath, and plaster. Only the chimneys were made of brickwork, and it is quite obvious that a fire of any size would soon destroy such an old place. Such was the case on Tuesday. A little girl living with Mrs. Cox, just opposite the house, saw flames coming from the building just after eleven o’clock. She immediately gave the alarm, and assistance was soon forthcoming. The fire, which it is believed was caused by a spark from the wash-house chimney falling on the roof of the house, which unfortunately was of thatch, spread rapidly and vigorously. The Sawston Fire Brigade were summoned with all speed possible. The full force, with the engine, were present, under the captaincy of Captain George Rowlinson. Lieutenant Crampton was also present. The firemen rendered valuable assistance, but had to contend with various difficulties. They had difficulty in finding water, but after a search round, water was found about 200 yards from the burning building. The brigade happily had sufficient hose, and soon began play on the burning building, which by this time had got well ablaze. After about an hour’s burning, the building was completely destroyed, and the brigade directed their attention the out-buildings, which were in close proximity to several cottages. The house, fortunately, stood alone. The brigade’s efforts were very effective, and the outbuildings were prevented from catching fire. As soon as possible after the alarm of fire had been given the task of getting the furniture out of the house away was commenced, and so willing was the help, that the whole of the furniture, with the exception of one or two solitary articles, was removed to safety. This was very fortunate for the occupier, whose loss in consequence will not be very extensive. The furniture was not insured, but the building was. On the morning of the occurrence washing had been going on in the wash-house, and the high wind, it is presumed, blew sparks on to the thatched roof. The fire started in the back part of the building, which was usually let, but fortunately at this time those apartments were unoccupied. The debris burned furiously for hours, and during the evening water was being continually poured on to the ruin. This (Wednesday) morning the whole place was a mass of broken and burnt debris, the only parts standing being the back chimneys. Smoke was issuing from the debris at twelve o’clock, and water was being thrown on the different parts. P.S. Gilbey, Sawston, and P.C. Cater, Shelford, were present. The exact amount of damage is unknown, but it is thought to be about £700 or £800. 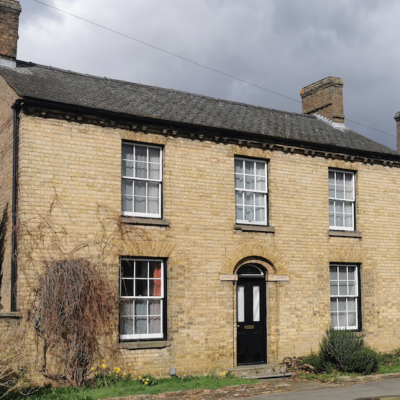 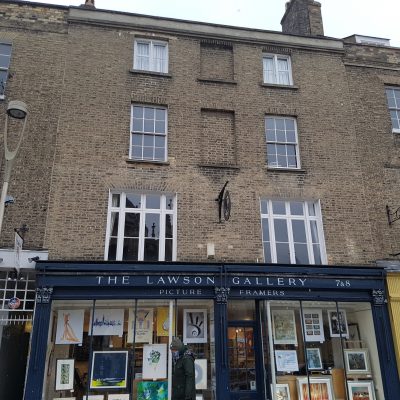 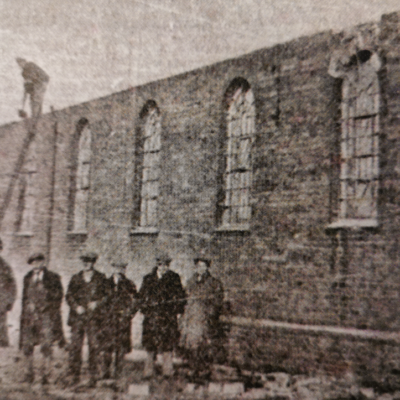