On 28th April 1878 Susan Cooper of Whittlesford died. Mr J. Maynard, who was born in the village in the year of her death, can recall hearing in his youth many tales of Susan’s witchcraft, but the one he now remembers best was the one told him on many occasions by an old bricklayer of Whittlesford.

My mother and Susan Cooper each bough a pig out of the same little. Susan came in to see my mother’s pig after a time and said it was doing much better than hers. But my mother felt quite sure Susan had witched it so she had it killed the next day as she knew it wouldn’t do no more good. She put it in the pot but it wouldn’t take the salt and was no good.

Large crowds turned up in the churchyard at Susan’s funeral. thinking they were going to see some strange things happen. Mr Maynard spoke in 1966 to a man in the village who remembered hearing from his father that all the schoolchildren rushed to trample the ground over Susan Cooper’s grave, immediately the busrial service was over, ‘so that the imps couldn’t get out’. 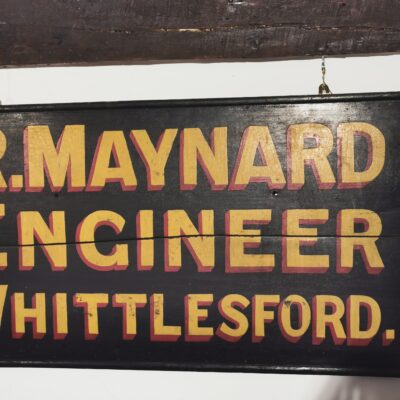