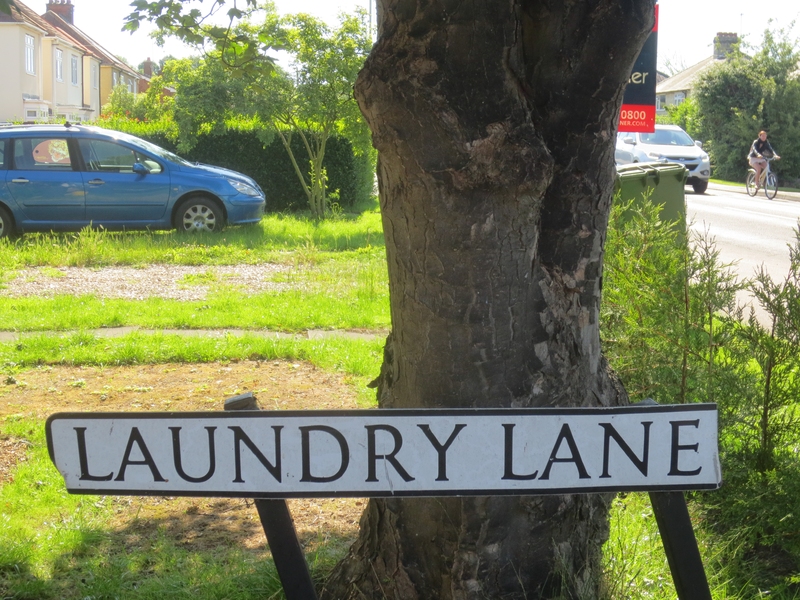 A decription of the history of laundries in Cherry hinton Road

During the years prior to WWI there was a major growth in the mechanized laundry industry. From a figure of 86,000 in 1907 employed in the industry nationally, this grew to 102,000 in 1912. In 1913 there were three laundries along Cherry Hinton Road:

The women of Cherry Hinton had traditionally taken in washing from the colleges delivered by regular donkey cart service. Empty ground was used for drying. However much of this work would have been diverted to the Cambridge Steam Laundry Co. when it was founded in 1883 by Josiah Chater. It occupied a site north of Cherry Hinton Road, west of the Hall, as well as having a shop at 80 Regent Street. It had 5 acres of drying grounds and served families, schools, hotels and colleges. It was built opposite the Cambridge University and Town Water Works which were situated along Cherry Hinton Road, beyond the junction with Mowbray Road. The manager in 1911 was George F Clark. The office buildings used to be at no. 406.

It was reached down a road still known today as Laundry Lane although the old laundry and the cottages built to house its workers have disappeared. There were six cottages on the right of laundry lane. There were another two built at the end of the lane on the Cherry Hinton Road. These were called Hinton cottages according to the 1913 Cambridge Directory but seem also to have been called ‘Laundry’ cottages previously. The Laundry cottages are first mentioned as such in 1901. At that time they housed:

The company was renamed as Cambridge Laundry and Cleaners Ltd and it was under this name that the Cambridge News wrote about the history of the firm in 1964. At that time it had acquired several other local businesses such as the St Ives Laundry, the Leys and the Coldham Model Laundry. In 1949 it was the first dry cleaning business in Cambridge.

In 1911 A.B. Chater is named as the secretary of the Cambridge Steam Laundry. In close proximity live other employees:

The Swiss Laundry was founded in 1904 by Mr Chapman and Mr Goundry on the former site of a tannery. It offered a Swiss finish to table linen.

In 1911 William Chapman, laundry proprietor was living at no. 7 Rock Road and the company is listed as the Swiss Laundry, Carpet Cleaning and Shampooing Works.

In 1911 Joseph H Goundry, laundry manager, was living at 22, The Warrens, Blinco Grove.
The war must have left the laundries short of staff. In Oct 1918 the Cambridge Steam Laundry was advertising vacant positions in the local paper.