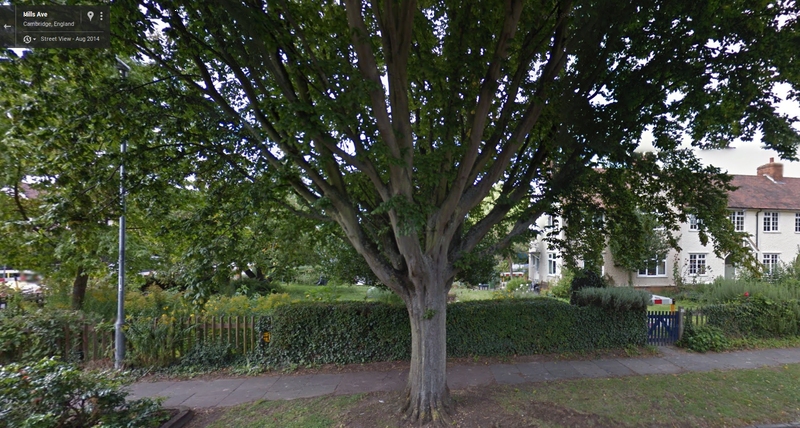 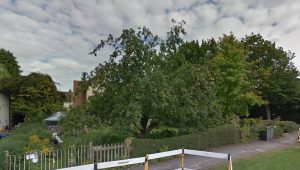 This plot was once the garden of Joy Barker. She and her garden featured in a Cambridge Evening News article in September 1997 where is was described as a city haven for wildlife.

Joyce told the paper, “I have counted up to 28 different hedgehogs – I marked them with a little bit of emulsion to tell them apart, foxes, all sorts of birds and my bees of course. I plant really for the butterflies and the bees and the goldfinches come for the teasel.”

The report went on: ‘The hop which twines along the fence is destined for the harvest festival decoration at Joy’s church, St John’s on Hills Road. Her hive has produced about 50lb of honey this year, and it’s not been a bumper year.’

“The nice thing about being on the corner is that I get enough light from the streetlamps to be able to weed by night.

“I like swapping cuttings and seeds. I associate all my plants with the people who gave them to me, and some of my plants are old friends too. The feverfew and lavenders came from my mother and aunt’s gardens and I have known them for 60 years.”

In the 2016 the site was cleared and awaiting development. In August 2017 poems and art work appeared on the hoarding around the site in memory of the garden. 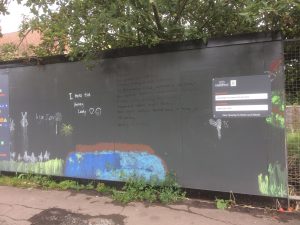 Its glossy leaves stilled, unmoved by the breeze,

Her chickens tiptoeing round silent windfalls,

A haze of bees holding their breath,

And liquid sunlight locked away in honey jars

Waiting to be found 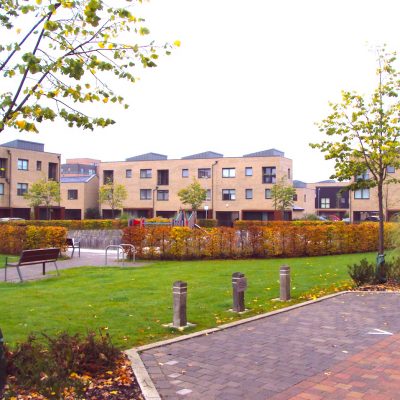 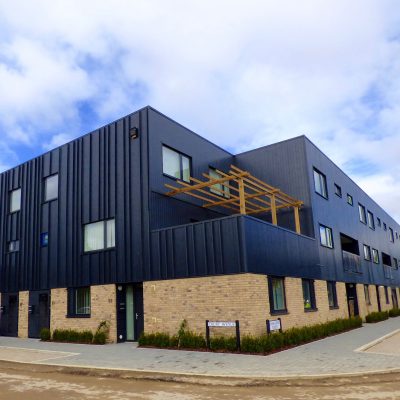 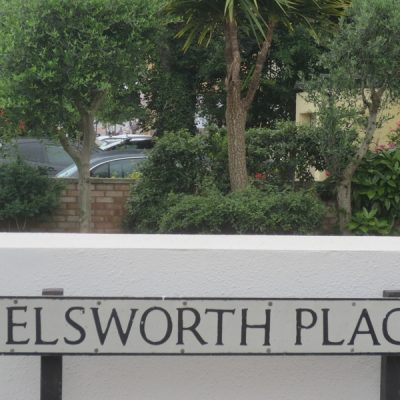 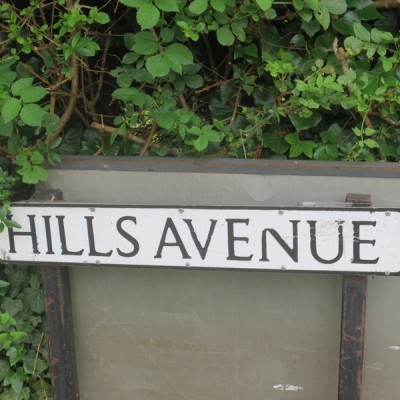