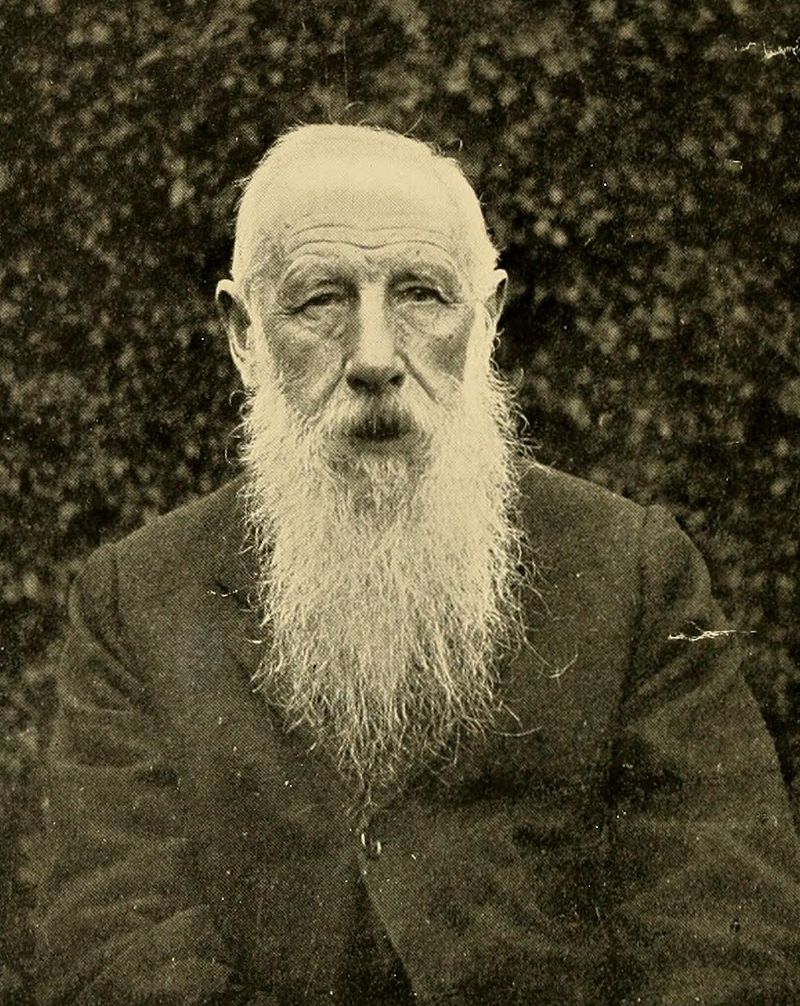 David Sharp FRS was a physician and entomologist who worked mainly on Coleoptera. He went to Cambridge as curator of the Museum of Zoology in 1885. In 1909 he retired to Brockenhurst. He wrote a large number of papers and larger works.

A post by David Gobbitt on Ancestry.com refers to an article by D.J.Knight and R.J.Smith entitled “The Uniforms and History of the Syffolk Yeomanry: Part Five, 1900-1914” in the Bulletin of the Military Historical Society (Aug.2005, vol.56, no.221). This has an account of the career of Honorary Captain William Henry Heal (c.1858-1937?). He retired from the Yeomanry in 1909, having served as regimental Quartermaster and also bandmaster since the mid-1890s, after many years with the 20th Hussars. However, he was less successful in civilian life and his three year prison sentence for financial forgery in 1913 (with other examples of misappropriation of funds going back to around 1900) was widely reported in the press, e.g. The Times (3 April p.3). The news of his arrest was said to have filled thousands of Cambridge residents with grief, as they had long known of the good work he had done for the local community. In 1914 he told a bankruptcy court that he had been born a soldier and  his lack of business experience had caused him to err in his attempts to further the interests of his employers, brewers Lacon & Co.

RUINED BY POPULARITY. CONTRIBUTIONS TO CHARITY OUT OF STOLEN MONEY. EX-ARMY OFFICER’S DOWNFALL

pleaded “Guilty” to forging endorsements to cheques and forging receipts. The sum involved was said to be £11,000. Heal represented Messrs Lacon, a firm of Yarmouth brewers, at Cambridge. For years he had pocketed moneys received from Messrs Lacon’s tenants… Heal’s salary was £250 a year, and he received a pension of £55 a year… £2800 passed through his banking account in one year, and £2500 during the first half of last year…

A huge silver cup was brought into court, and Mr Elliott (defence) explained that the accused, believing that he was advancing his employers’ interest, presented it in their name to the winner of a two mile bicycle race at Cambridge. the cup was bought out of the firm’s money… heal was once a member of the Town Council, and noted for his charitable spirit. He was a well-known supporter of the Charity Organisation Society… It was stated that the accused had the right to use the title of captain, and in Cambridge was called Captain Heal. Accused was sentenced to three years’ penal servitude.

The Cambridge Independent Press edition of 7/3/1913 has a full account of the court proceedings.

The Chelmsford Chronicle (7/3/1913) reported the judge’s summing up: This is a sad and bad case. For many years you seem to have been carrying on a career of duplicity. The moment you got into a superior position you seem to have embarked upon a career of ostentatious extravagance at the expense of your employers. That enormous cup which was given for a bicycle race was an example of almost insane extravagance.

The newspapers did report in September 1910 on the award of the Captain Heal Challenge Cup for angling. It was the second match of the season for the Albion Angling Society. “There were 109 entries and the sum of £10 was offered as prizes, which is probably one of the largest, if not the largest, sum ever fished for by any Angling Club in Cambridge.” Captain Heal had been reselected as President of the society earlier that year with the public accolade “they could not find a better man in the whole of Cambridge.”

In June 1912 the Bury Free Press reported that Captain W H Heal was President of the Ashley Flower Show and Fete. There was a military band present and a grand military tournament by the 20th Hussars.

Even after his conviction legal proceedings continued based on his action. In May 1913 Sayle & Co brought an action to recover £71/19/11 from Lacon & Co. on the grounds the the goods had been purchased by Heal acting as their agent. The judge awarded in Sayle and Co’s favour.

The Cambridge Independent Press on 6 November 1914 reported that Captain Heal’s son, Charles, was among a group of wounded soldiers who arrived at Cambridge. He was a Reservist of the Royal Horse Guards (Blue), and rejoined his regiment on the outbreak of war. On 13th November 1914 the paper interviewed Corporal Heal. He described in detail the circumstances of his wounding and of how his horse was shot from underneath him. He talked about German troops using Belgian civilians as human shields and of the characteristic of other nationalities involved in the fighting.

In the same paper in December 1914 there was a letter by former mayor of Cambridge, W P Spalding: Sir, – from time to time letters appear in the local papers asking “Where is Captain Heal? and suggesting that steps be taken to secure his release in order that he might give his life (if need be) to the saervice of his country. Anyone who knows him understands how gladly he would do this if he had the opportunity. May I say that every possible effort has been made to obtain his release…Three of his sons are serving in the Army, and one has been badly wounded at the front

The Cambridge Independent Press reported in June 1915 that he had been released having gained the maximum amount of remission of his sentence.