Jewish Family moves to America and a worker at the Cooperative

Morris Epstein (sometimes Ephstein) was born in Prussia in 1852. He marries Sarah, who was born in Hilgay, Norfolk. By 1881 they are living in number 7 with their two children Miriam Jane and Cassel Joseph.  Morris is a draper’s Commercial Traveller.

In September 1881 Morris applied for the position of Education Inquiry Officer, however he lost out to a Mr Swinn of Bradmore Street.

Sarah died in 1888, she was buried at St Andrew the Less on 12th March.  In the four weeks prior to her death, she was nursed by a Mrs Tindall, cook and housekeeper. After her death, Mrs Tindall stayed with the family for a further month to look after the children.

In June 1888 Mrs Tindall took Morris Epstein to court to claim £24 8s 3d, the wages she said she was owed and a sum of money that she lent him.

The £17 loan was admitted, but Mr Epstein had a counterclaim of £13 14s 2d. Mr Ellison was in court for Mr Epstein:

Mr. ELLISON: Isn’t the whole cause of it that you fell out because he would not have you as Mrs. Epstein No.2? – No sir, I swear it is not (laughter).

Did you tell him that his children were neither Jews nor Gentiles? – I might have done so; but I cannot say whether I did or not.

Mr. ELLISON: I should think you did.

His HONOR here intimated that he was inclined to disallow the claim for wages.

Later Epstein denied giving presents to Mrs Tindall “although he had made her a present of a footstool (laughter).”

The Cambridge Independent Press for 3 August 1888 has an article about the ‘Accidental Suffocation of an Infant’, this child is 3 week old Mary Epstein, “the illegitimate daughter of an unmarried Jewess, names Dinah Epstein, who has been lodging with her brother at No.7 Ainsworth Street, during the four months she has been in Cambridge.”

Morris is a Draper and Outfitter on the 1891 Census, and he appears in the 1892 and 1896 Kelly’s Directory’s as a “Shopkeeper and Draper”. However, on the 1901 census he is now just a “pedlar / hawker”. His children are still living with him, Cassel (now 20) is a compositor and Reuben (aged 16) does shorthand and typing.

On the 19th March 1903 Morris and his three children leave the UK, sailing from Liverpool on SS Bavarian. The border croissing document gives his occupation as “watchmaker”. They arrived in Halifax on 23rd March 1903

Morris died in Chicago on 25 Dec 1909 at the age of 56. His occupation is now Jeweller. Morris is buried in Forest Park Cemetery, Chicago.

Miriam marries Daly Rasmussen on 8th June 1908 in Michigan, he’s a Farmer. Miriam has four children, David, Arthur, Herbert and Leonard. She dies in 1962 and is buried in Two Lakes Cemetery, Wisconsin.

Cassell marries Lillian Levian on 12th Jun 1904 in Chicago. He keeps his name on the 1910 Census and is still a Compositor. On his Naturalisation record in March 1916 he gives his old name, but also his new name as “Joseph Cassell”. Lillian and Cassell have two children, Miriam and Lucille.

Reuben marries Sadie Kauffmann on 19th January 1908 in Milwaukee. He’s a Stenographer. They have two children, Seymour and Marvin.

Returning to Ainsworth Street after that trip to America, we find Thomas Albert and Florence Anne Tingey living at number 7. Thomas is a Carman and works for the Cooperative. There are four children, John (3), Barbara (1), George (10, he’s at school) and Ethel (8).

Thomas served (presumably abroad) with the British Expeditionary Force from 17th August 1914 until 25th May 1919. On his Demobilization Forms, dated 4th June 1919, he is a Sergeant in the 2nd Field Squadron of the Royal Engineers.

Harry and Mary Ann James are the next residents of number 7.  The 1921 census records Harry 36 years old and a cement worker.  He is employed by Messrs. Keeble & Davies Ltd in Cherryhinton. Mary Ann is 35 and was born in Kent. 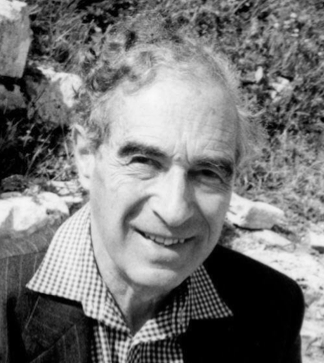