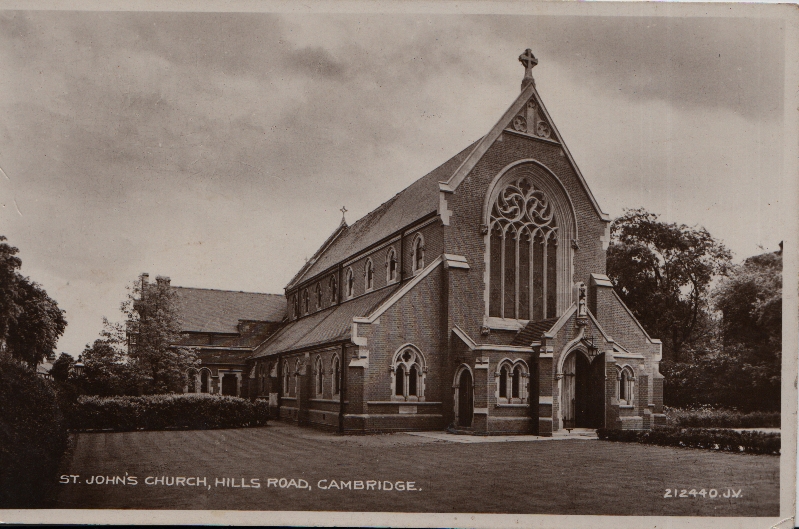 The official title of this church shows that it was originally founded within the Cherry Hinton parish. 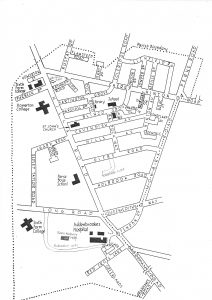 The church’s website has several pages of historical interest:

The history of the church

Information about the involvement of its parishioners in World War One

There was from the early days of the church a St John’s Music Society whose activities were published in the Homertonian, the college student magazine: 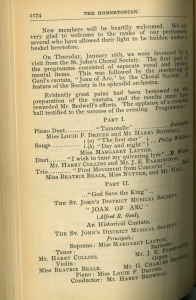 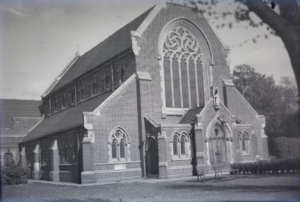 Marie Burrows was recorded in 2016 talking about her life in the parish. He she recalls her father’s time at St John’s.

Christened, confirmed and married at St John’s, she recalls her own earliest memories of church life.

Finally she recalls the circumstances around her wedding at St John’s.

Dorothy Sanders, who lived first in Hartington Grove in the 1930s then in Rock Road, is another longstanding members of St John’s. For a while though, after her marriage, she moved to Rampton where her husband was vicar. In 2016 she talked about her life:

She was married in Rampton church by the former vicar of St John’s, Rev. Jary.

After she returned to Cambridge from Rampton she and her husband became closely involved in the life of St Andrew the Great.

In 2016 Tony Whitmore reminisced about his relationship to St John’s where he went to Sunday School and helped to pump the organ, and his marriage at St James’s.

Tony’s mother, Rosetta Cowell, was baptised and confirmed at St John’s. Here are Rosetta baptism and confirmation certificates as well as the Holy Communion booklet she was given at confirmation:

Although Peter West had lived for many years in the parish in Hills Avenue, he had been  brought up as a Baptist and then joined the Congregationalists before finally joining St John’s. Over the years he and his wife have taken on many roles within the church. In 2016 he talked about his move to St John’s.

Pat Chapman has lived in Queen Edith’s for much of her life and knows the local churches well. She became a regular member of St John’s through a friend in the 1990s. Here she talks in 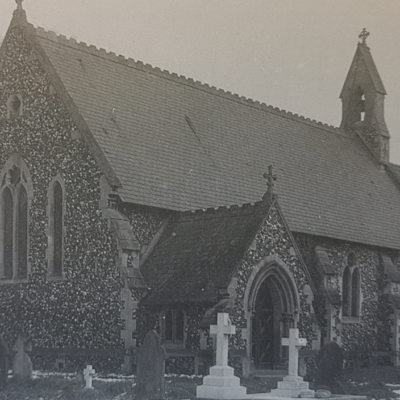