The Family of Moses Meeks 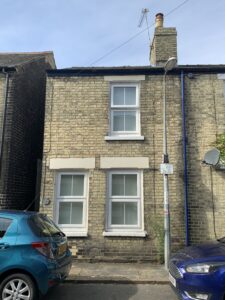 Head of household is Moses Meeks.  In 1881 he is 33 years old and a cook at a club, possibly somewhere local like Sturton Town Hall or at the Beaconsfield Club on the corner of Gwydir Street and Milford Street. Moses is the son of William and Mary Meeks of Doddington.  He has a sister called Mehetable, and brothers William and Joseph.

In 1881 the couple have two children, Alice Mary (7) and William George (1).  They have a lodger called Elizabeth Smith, a dressmaker from Suffolk.

By 1891 Alice is a tailoress and William is old enough for school.  There are three more school age children, Samuel Arthur (7), Ethel May (4) and Ellen Elizabeth (3).

William has left home and moved to Lancashire where he becomes a pork butcher.  During World War 1 he serves with the Lancashire Fusiliers.  During his service he was listed as Missing and his War Record includes a letter from his mother asking for any information they might have on his whereabouts.  William was taken prisoner on 21 March 1918 at Hargicourt, France.

The Lancashire Evening Post reported his death on the 1st of June 1937.  He collapsed at the Majestic Cinema whilst watching “San Francisco”, he was 58 and had been in poor health for several years.

In 1901 Moses is a Hotel cook, Samuel is a laboratory assistant and Ellen is 13.  They have a 12-year-old visitor, Mildred Kidman who was born in Plumstead.  Alice is visiting Henry Mitchell (her soon-to-be husbands’ father) in Chatteris, her 8-year-old sister Mabel Gladys is with her. Ethel is just round the corner boarding at 5 Abbey Walk.

Samuel marries Ethel Cook in 1908 and the live at 106b York Street. 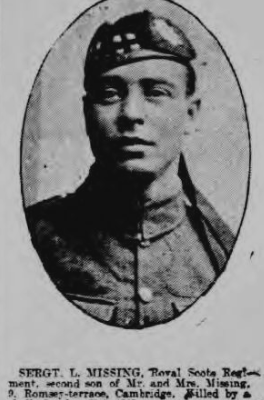