A Railway Engine Driver & a Carpenter 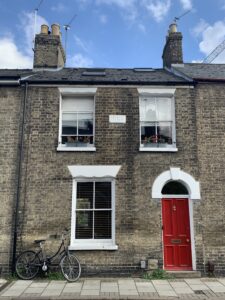 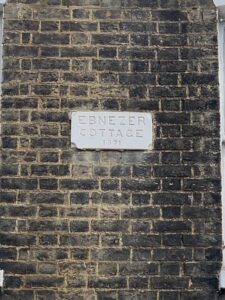 Charles and Susan Few live here in 1881 with their six children.  Charles is 49 and railway engine driver, he was born in WIllingham.  Susan is 37 and was born in Somersham.  Eldest daughter is 17 year old Fanny.  Lilian (12), Rose (9) and Susie (7) are all school children.  The youngest children are 3 year old Sydney and baby Walter, just 8 months old.  The family move to Catherine Street.

In 1891, 18 Kingston Street is home to Bennett and Amelia Lenney. Amelia is 61, hailing from Kenninghall in Norfolk, while Bennett is 56, from Suffolk. He worked as a Carpenter and Turner.

By 1901, 18 Kingston Street is again home to the Few family. Charles Few is now a widower, and retired from being a Railway Engine Driver. He lives with three of his children; Fanny Ann, aged 37; Winifred Gertrude, aged 14; and 27 year old Susie May, who is now married to Arthur Lash, a 31 year old Grocer’s Assistant from Barton Mills. Susie and Arthur have one daughter, 1 year old Lilian May. This family has moved around a lot, as everyone has different birthplaces – Fanny is born is Wisbech, while Susie and Winifred are both born in Cambridge, though little Lilian is born in Chesterton, suggesting they have only moved back to this house with Charles in 1901. 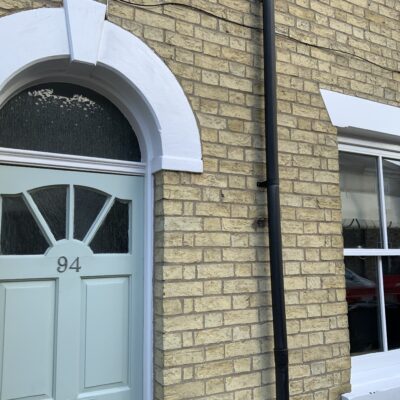