The Family of a Pawnbroker

Head of household in 1911 is Charles Hamilton, 36 years old, from Croydon.  Charles works as a pawnbroker’s assistant and has been married to Nellie for eight years.  Nellie (nee Sears) is 40 years old and was born in East Bartnet, Hertfordshire. The couple have two daughters.  Dorothy Nellie is 7 and was born in Winchester, Edith Anne is 6 and was born in Cambridge.

Charles appears in a the local papers a few times when people take stolen goods to the pawnroker’s he works at and he has to give eveidence in court.  In March 1913, Albert Hicks finds his property (tools, bed linen and clothing) at Morley’s Pawnbrokers, 101 Fitzroy Street.  Charles gave evidence against the woman who pawned them.

In  1920 Charles gave evidence against a caretaker from the Leys School who had stolen some sheets from Edinburgh House (now Jubilee House) on Hooper Street.  At that time the property was used as an isolation hospital for the school.  The linen matron had identified them at Morley’s Pawnbrokers.

Charles and Nellie appear on the Electoral Registers at 2 Oswald Terrace until 1922.

The electoral registers then show James Chandler and his family living at the property.  James grew up at 24 Ainsworth Street, where his parents are still living when he moves into Oswald Terrace.

The 1939 Register records James as a gas fitter (repair staff), the company is partially obscured, possibly reading N.E.R.  Gertrude, like most wives at the time, is performing ‘unpaid domestic duties’.  Their son Peter, born in 1923, is an apprentice coach painter. 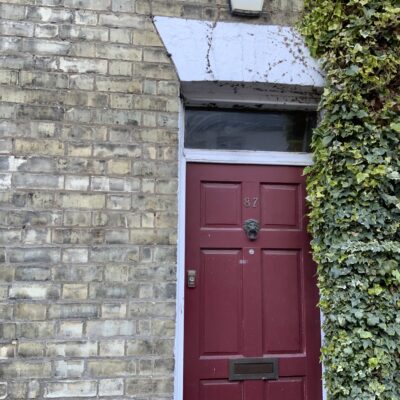