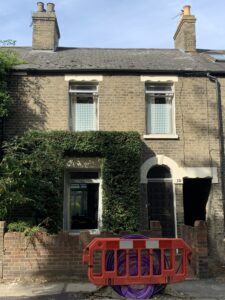 Head of household in 1901 is Charles Large Brown, a 52 year old locomotive engine fitter from Cambridge.  He is married to Rachel (nee Pink), 51 years old and also from Cambridge.

The family lived at 5 Upper Gwydir Street in 1891, but have moved to 39 Sturton Street by 1894.  Their son Bertie is registered at Brunswick Boys School that year and the address given is 39 Sturton Street.

In 1901 Rachel and Charles have four of their eight children living at home.  Katie Naomi is 21 and a milliner, Horace Edward is 17 and a railway goods clerk, Bertie (Herbert Charles) is 14 and Harold 11.  It isn’t recorded on the census, but the younger boys probably attend school.  The family also has a boarder called George Stanley.

Katie married Daniel Gentle in 1905. The couple are living in Chesteron in 1911.

Horace married Rhoda Harding in 1908.  The couple are living at 35 Trinity Street in 1911.  Horace is a clerk for a railway company and Rhoda is a lodging house keeper.  By 1929 they are running a Boarding House in Clacton, Essex.  Horace puts an advert in the Saffron Walden Daily News on the 7th June 1929, “CLACTON’S NEW GUEST HOUSE , Hebrocliff, Pier Avenue.  The homliest place outside home.  Good food. Reasonable charges.  Write for tariff.  Proprietor, Horace Brown from Cambridge.”

The Clacton and District Local History Society have a postcard from “Mr and Mrs Horace Brown and Gwen” on their Facebook page.  Gwen was their daughter who appears with her parents on the 1939 register as ‘Hostess of Guest House’.

On the 1911 census Charles records that he is an engine fitter in the Great Eastern Railway Locomotive Department.  He and Rachel have been married for 42 years and have had eight children.  Harold still lives with his parents, he is 21 years old and a builder machinist. 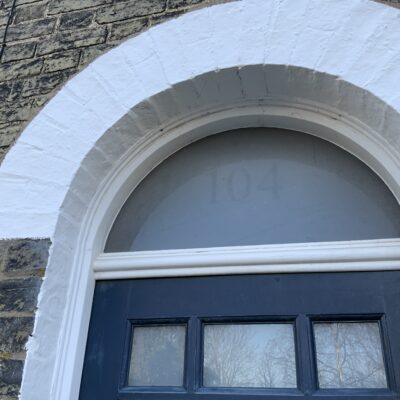