A Widow & an Organist 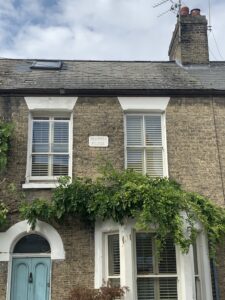 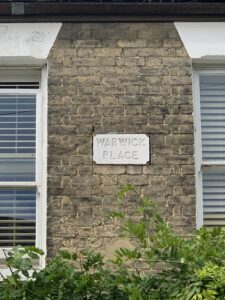 Head of household is Joshua Windwood, a 40 year old tailor, originally from Hitchin, Hertfordshire.  He is married to Eliza, 38, who was born in London. The couple have seven children; the oldest two were also born in London. Thomas is 15 and Arthur is 13, and both boys attend school.  Temperance, 12, Eliza, 8, George, 5, and William, 3, were all born in Hitchin. The youngest, 8 month old Joshua, was born in Cambridge.

In 1891, 47 Kingston Street is home to Ellen Schroder, a 35 year old Widow ‘living on her own means.’ She lives with her 4 year old son Percy Schroder, who was born in London, suggesting they have only recently moved to Cambridge, perhaps as a result of the sad death of Ellen’s husband.

By 1901, 47 Kingston Street is home to the Calcott family. Louisa Calcott, aged 30, is married to Walter Calcott, aged 31, working as an Organist. They have one daughter, newborn Doris Calcott. Also living with them is Louisa’s brother, Frank Symonds, a 20 year old Footman.

By 1911, little has changed. Walter, 41, is now working as a Laboratory Assistant. Louisa is now 40, and Doris, now 10, is at school. There is also a boarder; 35 year old Frederick Symonds, who works as a Waiter at the university.