Once a bakery and grocery, now a housing co-operative

80 Kingston Street is a three-storey house on the corner of Kingston Street and Hooper Street. It was built and inhabited by 1881, originally as a two-storey building. The third floor was added in the 1890s.

The paintings on the shop’s fascia are said to have been created around 1980 by artist Brian Sentance, also known as Brian Orion. At that time the shop was the headquarters of Cambridge Anti-Nuclear Campaign. It is now a housing co-operative.

The Smith family ran a bakery and grocery at 80 Kingston Street for four decades up to the early 1920s. It was Abraham (or Abram) Smith who in 1891 obtained planning permission to add the third floor.

Abraham Smith was born in 1850 in St Ives, Huntingdonshire. In 1876 he married Zerish Long from Bottisham Lode and they set up a bakery in Cambridge, initially in Sturton Street (see ‘A juvenile thief’, Cambridge Independent Press, 5 August 1876) and by 1881 at 80 Kingston Street.

His delivery cart must have been a familiar sight around the local streets. One afternoon in 1888, while on his rounds in Ainsworth Street, he saw a young woman in the street with her clothing in flames, her dress having caught fire from a cinder at her hearth (Cambridge Chronicle, 1 June 1888). He managed to put out the flames but with some difficulty. The woman ran away from him and ‘resisted very much in having her dress interfered with’. He had to chase her and then rip off the burning clothes, getting burned himself in the process. She was severely injured and subsequently died of tetanus.

He kept his pony and cart in stables at the end of Hooper Street, in the complex of buildings now used by Calverley’s micro-brewery and other companies. The premises were essentially a farmyard, and they backed on to a field that ran along the railway line behind the Ainsworth Street back gardens. A newspaper of 1899 reports that youths broke into the premises and damaged a pigeon-cote, a shed and a pig-sty (Cambridge Independent Press, 1 September 1899). In 1901 Smith was fined when his three cows broke into the neighbouring field (Cambridge Daily News, 6 December 1901), and the following year he was fined for keeping pigs (twenty of them) within 100 feet of dwelling houses in Ainsworth Street (Cambridge Daily News, 14 February 1902). The shop certainly supplied fresh milk as a sideline, and it seems likely it sold pigeon eggs and bacon as well.

Abraham’s children were pressed into service as his workers. The eldest daughter Ellen worked in the shop, and after their mother’s death in 1907 she seems to have become the main shopkeeper. Unlike her younger sister Elsie, she never married.

The elder sons Sidney and Arthur, very close in age, chose different careers. Arthur followed his father and became a baker. For years he worked in the family shop, but after his marriage in 1910 he ran his own bakery in Cherry Hinton. Sidney worked with the animals and trained as a butcher, and after his marriage in 1906 he ran his own farm in Bourn. Back in 1901, Sidney played a starring role in the tale of the wandering cows (Cambridge Daily News, 6 December 1901). One of his jobs was to accompany the cows every morning to pasture in Coe Fen, a mile and a half away. On the day in question, Abraham let the cows out and Sidney ‘got his horse out of the stable, and went after them in the usual way. On arriving at Coe Fen he found that the cows were not there.’ It turned out they hadn’t left Sturton Town at all, having apparently broken through a rope barrier into the neighbour’s field off Ainsworth Street – the gate having ‘disappeared on the occasion of a bonfire’. The magistrate found Sidney’s account unsatisfactory and fined him 10 shillings.

The youngest son, Edward, also became a baker, taking Arthur’s place in the family firm when he left home to set up his own shop. When the time came for Edward to start out on his own, he ran into difficulties. In 1913 he bought a bakery in Chesterton as a going concern, planning to set up home there with his future wife (Cambridge Independent Press, 20 June 1913). After just five months he concluded that ‘The business did not pay. I was told it was doing six sacks a week, but at its best I could only do four sacks.’ He immediately filed for bankruptcy. In 1919 his luck improved when his father Abraham took on a grocer’s shop in Cherry Hinton Road and agreed to lease Edward the Kingston Street shop (Cambridge Independent Press, 31 December 1920). Unfortunately, even this arrangement turned sour. To give Edward a headstart, Abraham had agreed to pay the rates for the first year. Five months into the second year, Edward had not yet started paying the rates, and was summoned to the Police Court and ordered to pay up. In response, he sued his own father for non-payment.

By the time of the 1924 electoral register the Smiths were no longer running the shop in Kingston Street.

The residents were Arthur and Henrietta Saunders and their children. Arthur was a stableman and his 16 year-old son Leonard was a milkman. it is unclear whether the bakery was still in operation, but it seems that milk was still being produced. The trade directories of the 1930s do not mention any business located at the address, and it is possible the premises had been taken over by the grocery shop run by Alfred Gilbert next door at no. 78. 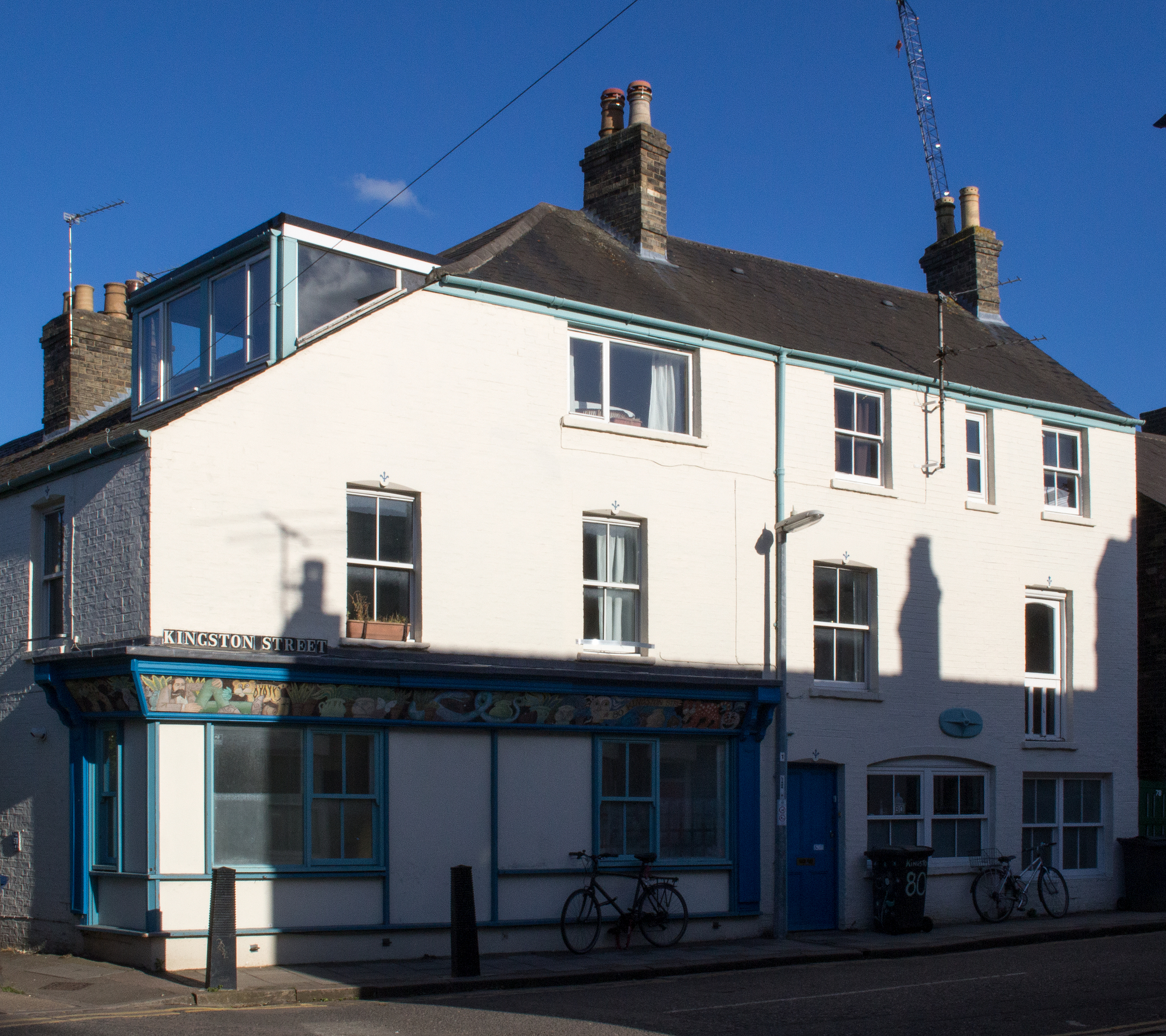 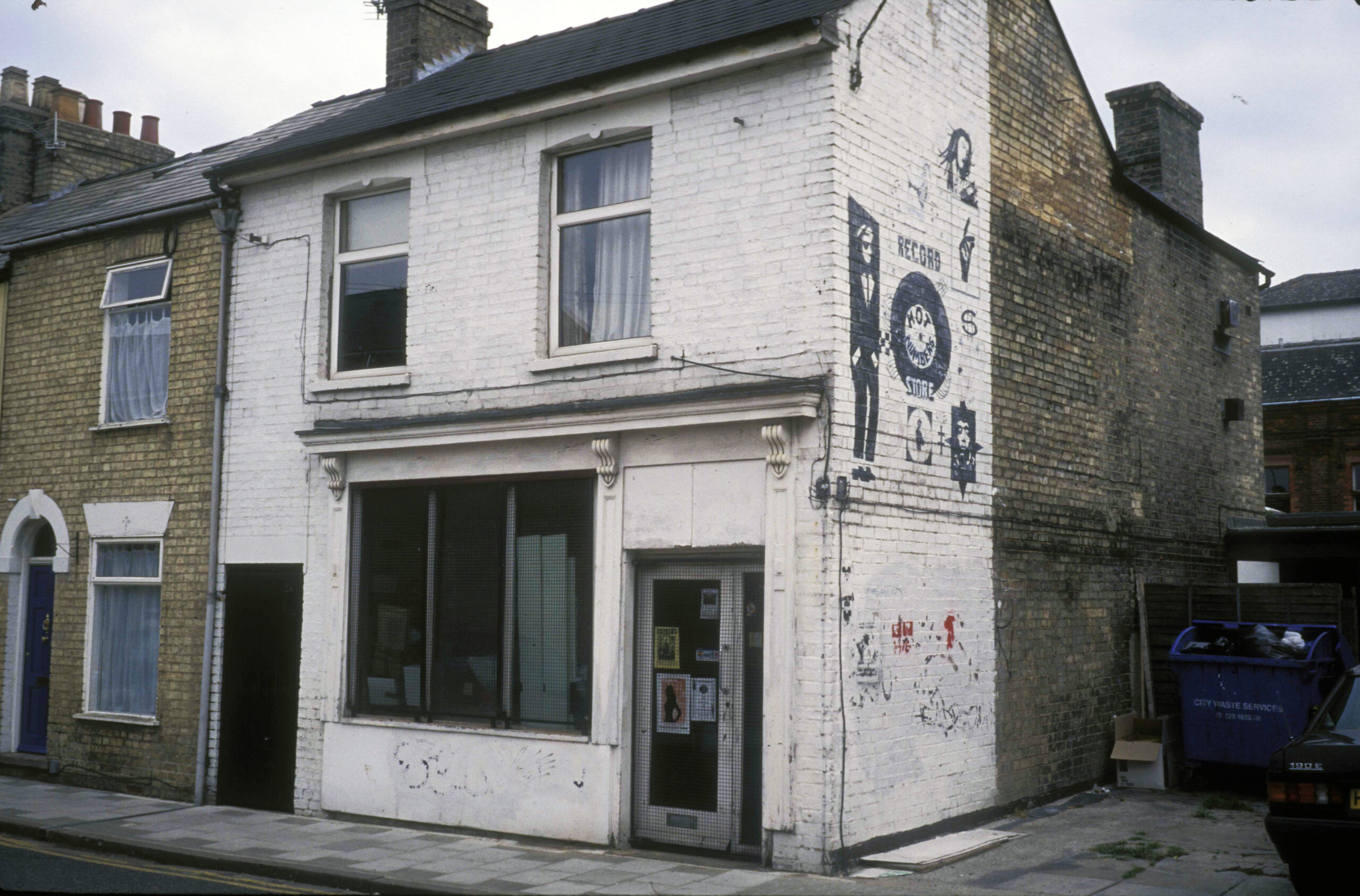 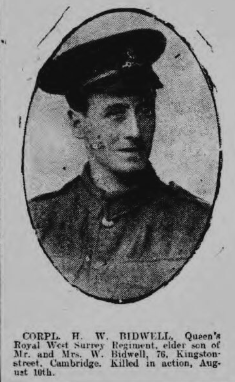