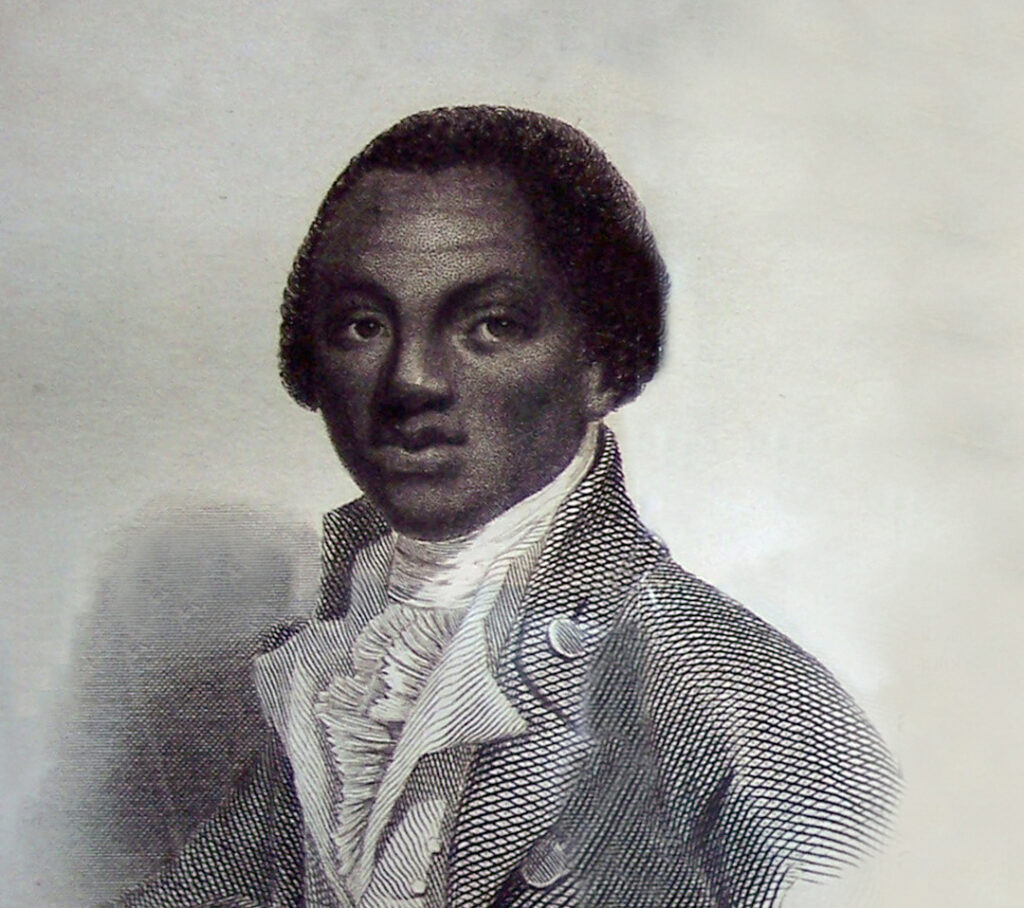 African abolitionist, author and ex-slave - and the Cambridge connection

Olaudah Equiano (whose slave name was Gustavus Vassa) was kidnapped from Nigeria as a child and sold into slavery in America, working at sea. He bought his freedom in 1766, settled in London, was part of abolitionist group The Sons of Africa – the late 18th-century group in Britain that campaigned to end African chattel slavery. The ‘corresponding society’ has been called the Britain’s first black political organisation. Its members were educated Africans in London, included formerly enslaved men like Ottobah Cugoano, Olaudah Equiano and other leading members of London’s black community. Equiano wrote his auto-biography ‘The Interesting Narrative of the Life of Olaudah Equiano, or Gustavus Vassa, The African, Written by Himself‘ and tirelessly campaigned to end slavery.

Susannah died on 21 February 1794, and was buried at Soham, her gravestone in Soham bearing the inscription ‘Susannah Vassa, Wife of Gustavus the African, aged 34 years’. Equiano died in London on 31 March 1797 (his burial place is not known).

Anna Maria, died a few months after her father, on 21 July 1797, at the age of four and is buried at St. Andrew’s Church in Chesterton, there is a memorial to her on the church wall (to the left of the entrance). 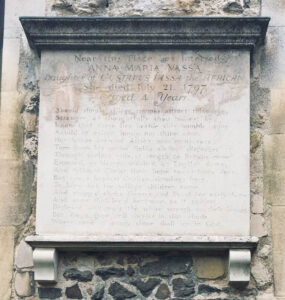 Should simple village rhymes attract thine eye,
Stranger, as thoughtfully thou passest by,
Know that there lies beside this humble stone
A child of colour haply not thine own.
Her father born of Afric’s sun-burnt race,
Torn from his native field, ah foul disgrace:
Through various toils, at length to Britain came
Espoused, so Heaven ordain’d, an English dame,
And follow’d Christ; their hope two infants dear.
But one, a hapless orphan, slumbers here.
To bury her the village children came.
And dropp’d choice flowers, and lisp’d her early fame;
And some that lov’d her most, as if unblest,
Bedew’d with tears the white wreath on their breast;
But she is gone and dwells in that abode,
Where some of every clime shall joy in God.

Children visit to lay flowers at her memorial on ‘Vassa Day’ – which is held on the Sunday closest to Anna Maria’s death in July. 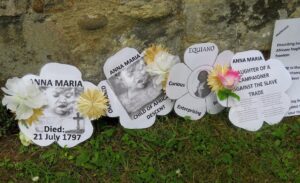 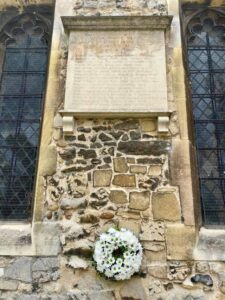 ‘The Interesting Narrative of the Life of Olaudah Equiano, or Gustavus Vassa, The African, Written by Himself’ 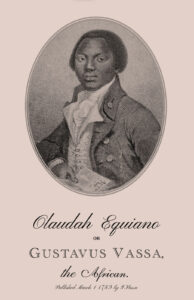 The Interesting Narrative of the Life of Olaudah Equiano, or Gustavus Vassa, The African, Written by Himself was published in London in 1789.The Interesting Narrative is considered to be among the ‘100 best English Language non-fiction books of all times’  by The Guardian: ‘The most famous slave memoir of the 18th century is a powerful and terrifying read and established Equiano as a founding figure in black literary tradition.’ 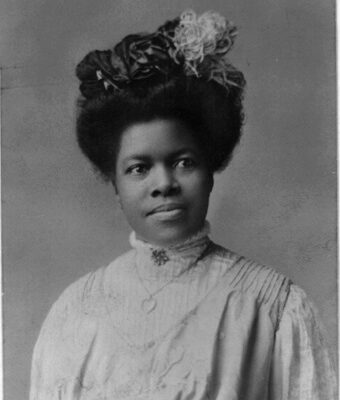 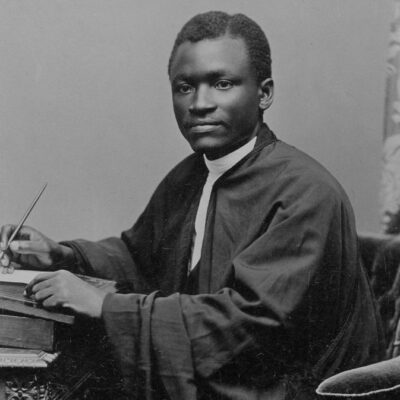