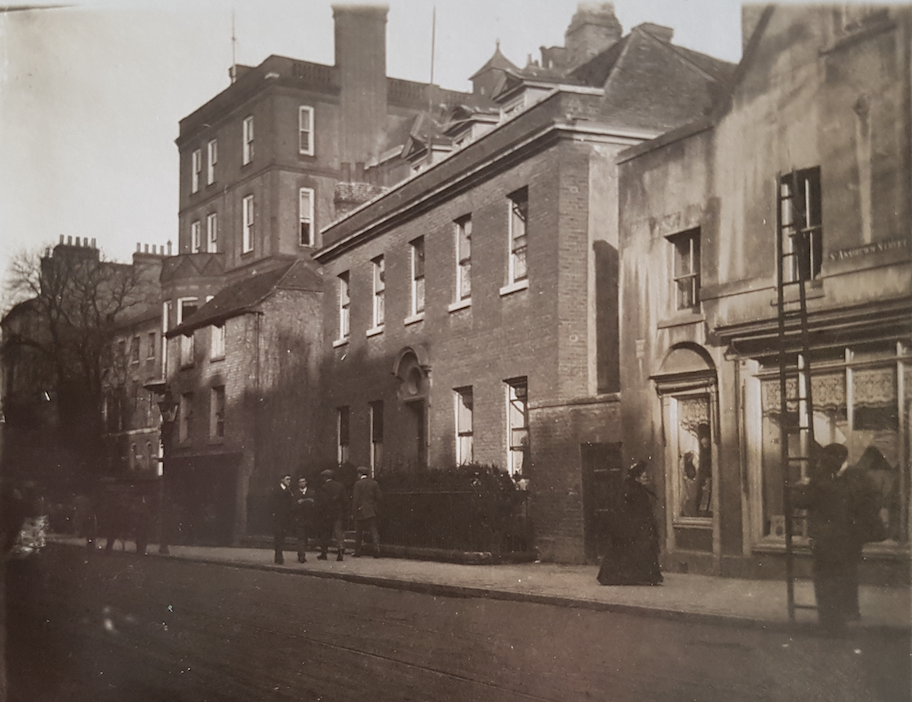 This had been the property of the Hospital of St John and St mary Magdalene of Ely; but the Emmanuel authorities early in their career obtained possession of it by the gift of Dr Leedes, the Master of Clare College.

In the 16th century a house stood at this location, then the corner of Preachers’ Street (St Andrew’s Street) and Emmanuel Lane, known later as Roxton Hall. The lease property had been granted to the architect Ralph Symons in 1586 by Emmanuel College in consideration of his services to the college. It adjoined certain houses which together formed a range called the Pensionary. This was apparently occupied by servants of the College. (see Outside the Barnwell Gate (1915) p.26.

East of Roxton Hall were its nine cottages which were bounded on the east by property belonging to St John’s College. The last of these was of old used by the College as a lime-house; but in 1772 this building with the corner house and the adjacent cottage were leased to Mrs Lydia Thackeray.

In 1872 St John’s allowed Mr Rance a passage from his large house in St Andrew’s Street into the lane next to no.9 and the Alderman here erected a tenement known as Southgate Lodge. 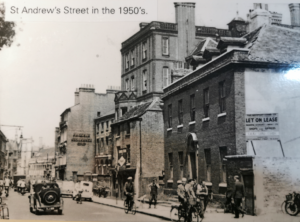 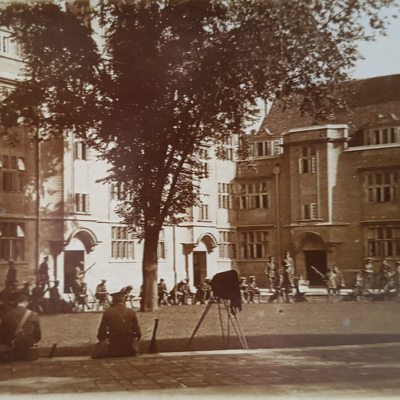