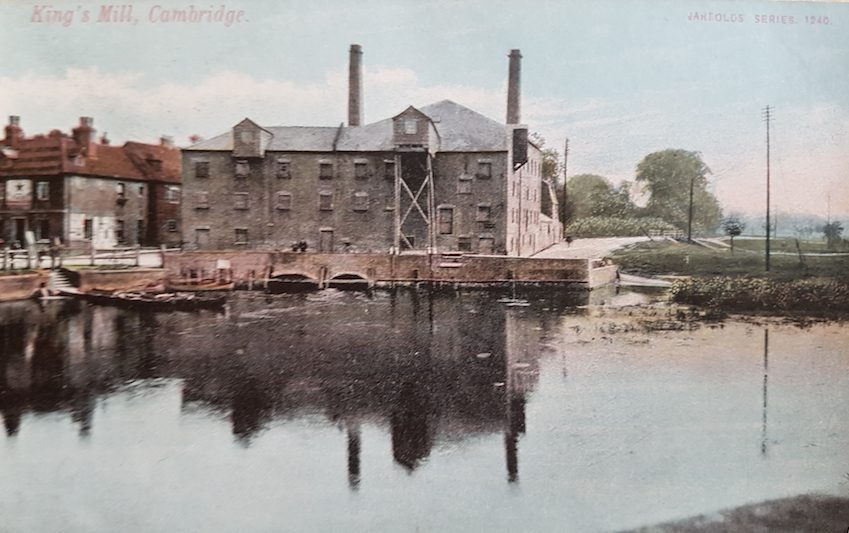 The editor of Romilly’s Cambridge Diary (May 1846) notes that there were two medieval watermills on the Cam at the end of Mill Lane. The King’s miller had had first claim in time of drought and if at other times he had no corn to grind the Bishop’s miller could use the supply on payment of a portion.

H.P.Stokes relates the story of the Cambridge mills in The Old Mills of Cambridge, PCAS vol.14. Two shared the same roof. One, the Bishop’s Mill, had belonged to the Abbot of Ely at the time of the Domesday survey. The other, the King’s Mill, had been erected soon afterwards. Both were acquired by Ebenezer Foster in 1842 but when the railway arrived he built new mills in Station Road.

The following description of the old mill comes from Period Piece (pub 1952) by Gwen Raverat who lived nearby:

In those days both the mills were in use. I still now feel that there is an unnatural gap in the landscape where Foster’s Mill used to stand before it was pulled down; and I find it hard to believe that the boys, who sit fishing on the parapet, have no idea that there once was a
great mill behind them. We used to spend many hours watching the fat corn-sacks being hauled up by a pulley into the overhanging gable, sometimes from a barge, but more often from the great yellow four-horse wagons, which stood beneath the trapdoor. The sacks butted the trapdoors open with their own noses, and the doors fell to, with a loud clap, behind them. 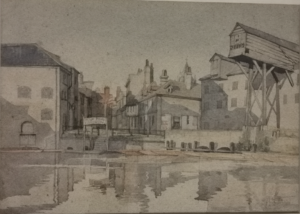 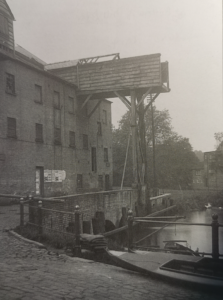 The site was originally going to be cleared to make a new bridge. This scheme collapsed and the Council decided just to clear the area and reconstruct the sluices and slipway. The cottages in the background were replaced by the University Centre in 1967. 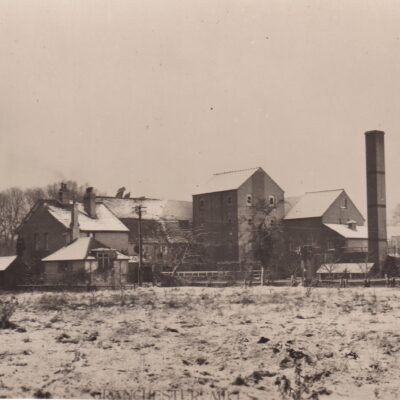 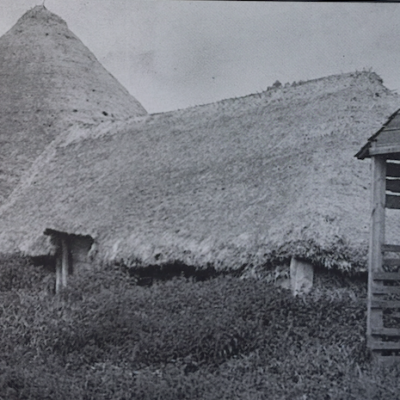 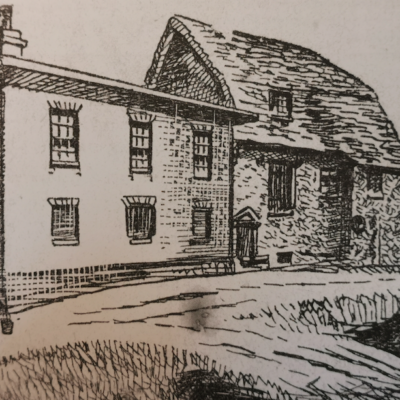 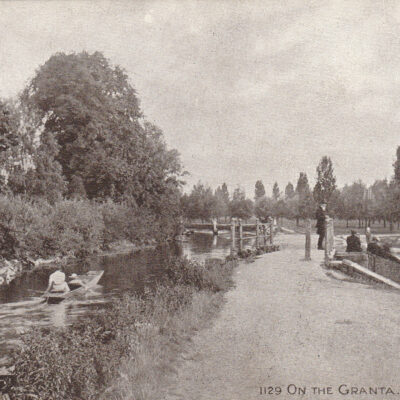