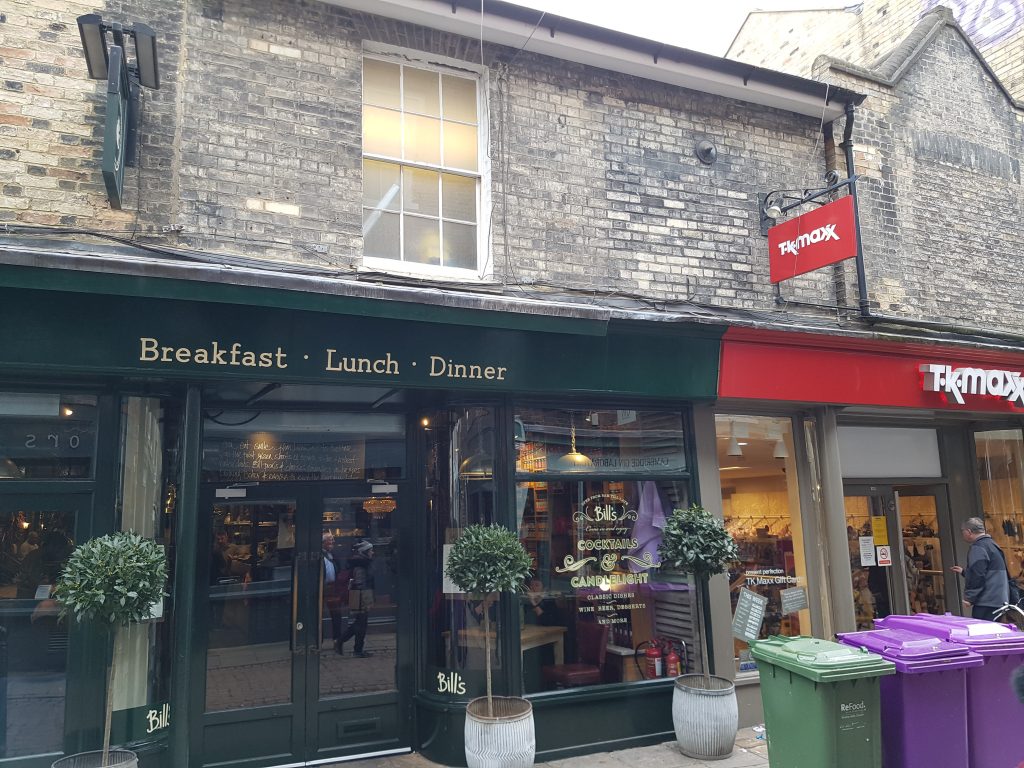 A B Gray in Cambridge Revisited (1921) rites at length about Green Street including the following (prob. 18th cent):

From the same source I learn that two inhabitants who flourished
at about the same period as the bear [at no.8] were dwarfs, neither of them standing over four feet high, and both notable characters. One of these little men was an undertaker, living at No. 34, who much accentuated his quaint appearance by wearing a coat of blue with brass buttons, surmounted by a top hat. The other, who lived in a house in Messrs. Macintosh’s yard, divided his attention between the law and the turf. The puny form and enormous white hat of this
diminutive attorney rendered him a conspicuous object on New-
market Heath, whilst his neighbours in Green Street looked upon
him as a veritable prototype of Quilp. 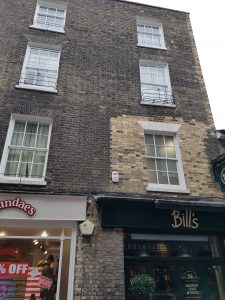 There was an air raid shelter in the cellar below the bedding department of Eaden Lilley.

In 1981 the CWN (23 Apr) in a report on Green Street told of the discovery in 1811 of dead cat that had been effectively mummified by seeping linseed oil. The cat had a rat in its mouth.