Overlooked, and to a certain extent unloved, Talos has been hiding in a corner of Cambridge since 1973, when he was erected on the completion of the Lion Yard and Fisher House. 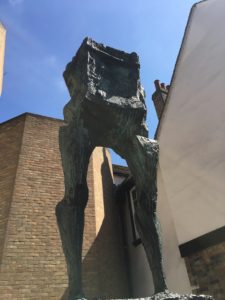 Talos was sculpted in 1950 by artist and writer Michael Ayrton, renowned as a painter, printmaker, sculptor and designer. According to the Tate website, “his varied output of sculptures, illustrations, poems and stories reveals an obsession with flight, myths, mirrors and mazes.”

There is an plaque on the plinth which reads “Legendary man of bronze was guardian of Minoan Crete the first civilisation of Europe.” 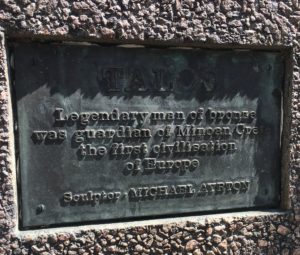 Ayrton was fascinated with Greek mythology and especially the story of Daedalus, and from this myth one of the figures that Ayrton focussed upon was Talos. Ayrton wrote of Talos that “a certain tranquillity lies in his stupid presence, a certain comfort. He has no brains and no arms, but looks very powerful.”

Ayrton cast seven bronzes of Talos, of which only the first and last were more than two feet tall. Cambridge’s Talos was the first to be cast. His sibling, the last to be cast, was recently sold by the international auction house Lyon & Turnbull for £22,125. 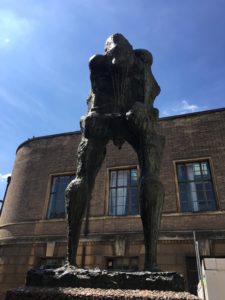 For now Talos is tucked away, silently guarding Guildhall Street, with the occasional traffic cone, wooly hat or lampshade placed on his head – or, as happened in 2014, a cod-piece of bees. 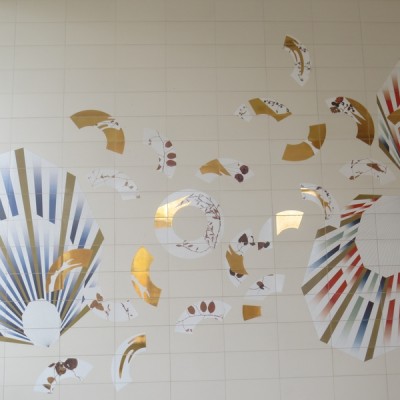 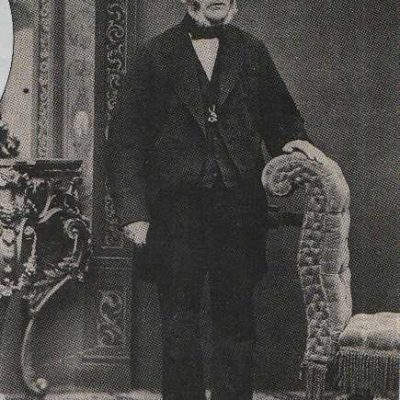 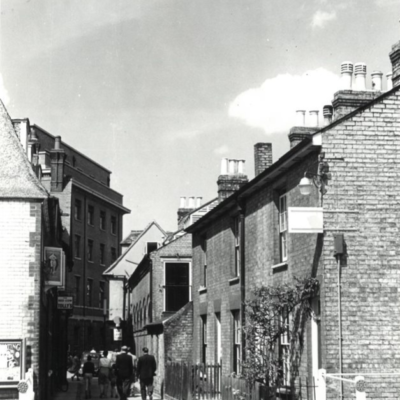 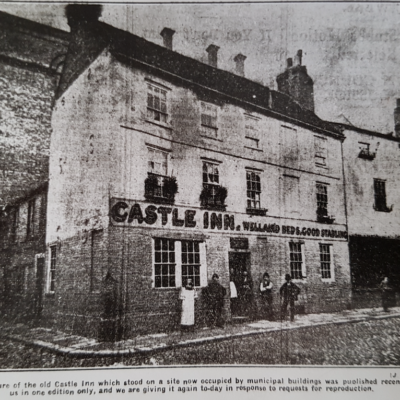