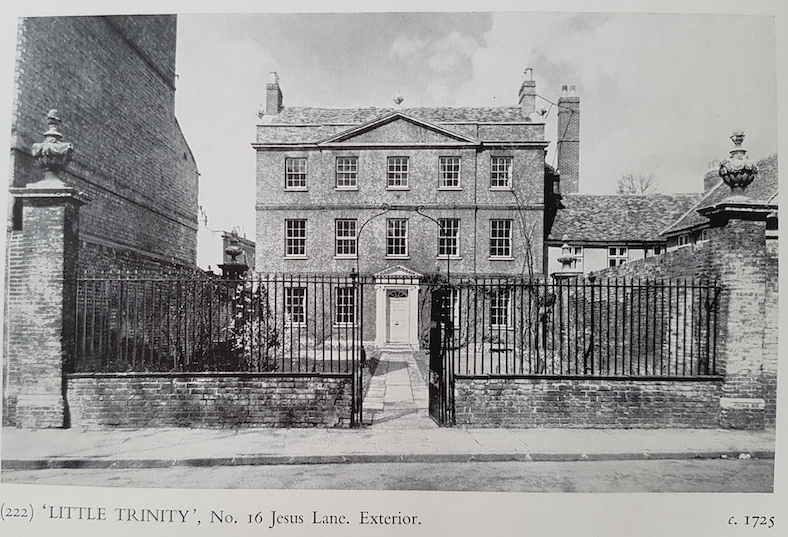 A B Gray in Cambridge Revisited notes that the site was called Kimbold’s tenement in the reign of Elizabeth I. There was originally a small thatched cottage on the site until; 1650 when a Mr Amthill, under lease from Jesus College, built a house there. 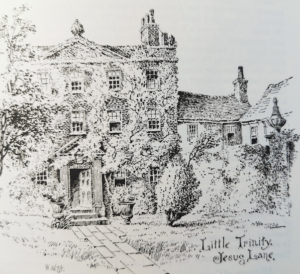 Accord to the 1959 Royal Commission, the principal block was built c. 1725 and the kitchen range on the E. is probably of the same age. ‘Little Trinity’ is an outstanding small 18th-century house containing fittings of the same period. The Royal Commission report contains a lengthy description. 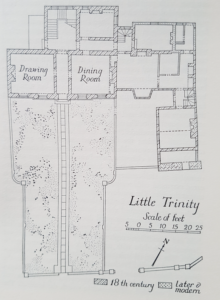 A B Gray writes: Here in mid-Victorian times, lived that well known “coach”, Charlie Crosse, whose charming and hospitable wife lavishly entertained her husband’s pupils, made Little Trinity tea parties famous, and held quite a saloon for the undergraduates of the time.

RS emailed in 2022: The Buxtons were hostel keepers at Little Trinity when my husband resided there in the 1969-1970 academic year. I remember bringing my eldest child to visit them in the late 1970s, probably 1977 ….Wonderful folks! Certainly provided lots of hilarity along with kindness to the young men far from home who resided there. 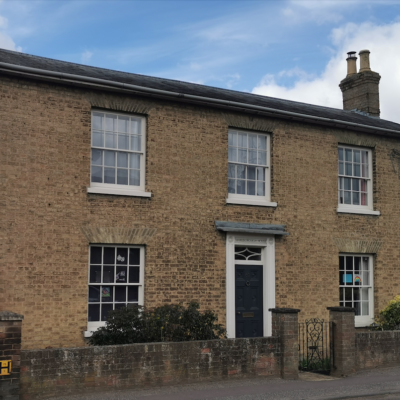