During the 19th century there were three properties on the south side of King Street east of Pike’s Walk. 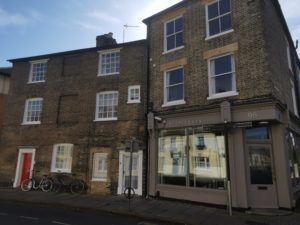 At the Cambridge assizes, John Bewley, lately proprietor of Trinity Foundry, Cambridge, was charged with having, on 22nd of April 1870, married Margaret Jane Stothart at Cambridge his former wife, Mrs Bewley, nee Eleanor Russell, being alive. The prisoner was also charged with having forged the names of several tradesmen to certain bills, whereby he obtained various sums of money form Mr James Hunt, solicitor, Cambridge. The prisoner was married at Dumfries in 1856 and had in 1867 six children. In that year he went to America, but soon returned to England and took a situation at Sheffield in the drapery establishment of Mr Proctor, 20, Folgate. Miss M J Stothart was then engaged at the house of business next to Mr proctor’s. The prisoner in 1870 made her acquaintance, represented himself as a single man, and maried her. On the death of the lady’s father, the prisoner succeeded to the management of his business at Trinity Foundry Cambridge. he supplied his first wife and family with occasional remittances. he forged acceptances of bills of exchange to the extent of £400. When these bills became due, and public exposure was threatened, he confessed to Margaret Stothart that he had a wife living, and he at once absconded. he afterwards made some admissions to his first wife’s brother, Mr P Russell, Manchester, and on going to Cambridge to have an interview with his second wife, he was arrested. The prisoner pleaded guilty and his Lordship sentenced him to seven years’ penal servitude.

1875: The Cambridge Independent Press 20/11 reports the riot by students in King Street outside Mayor Death’s house. [The text is very difficult to read.] 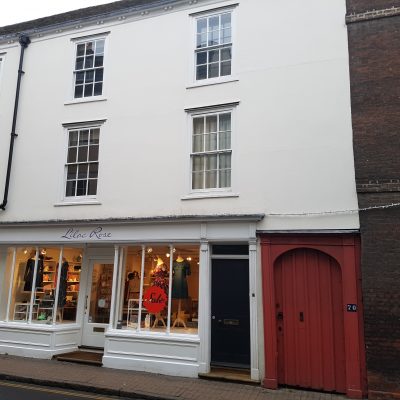