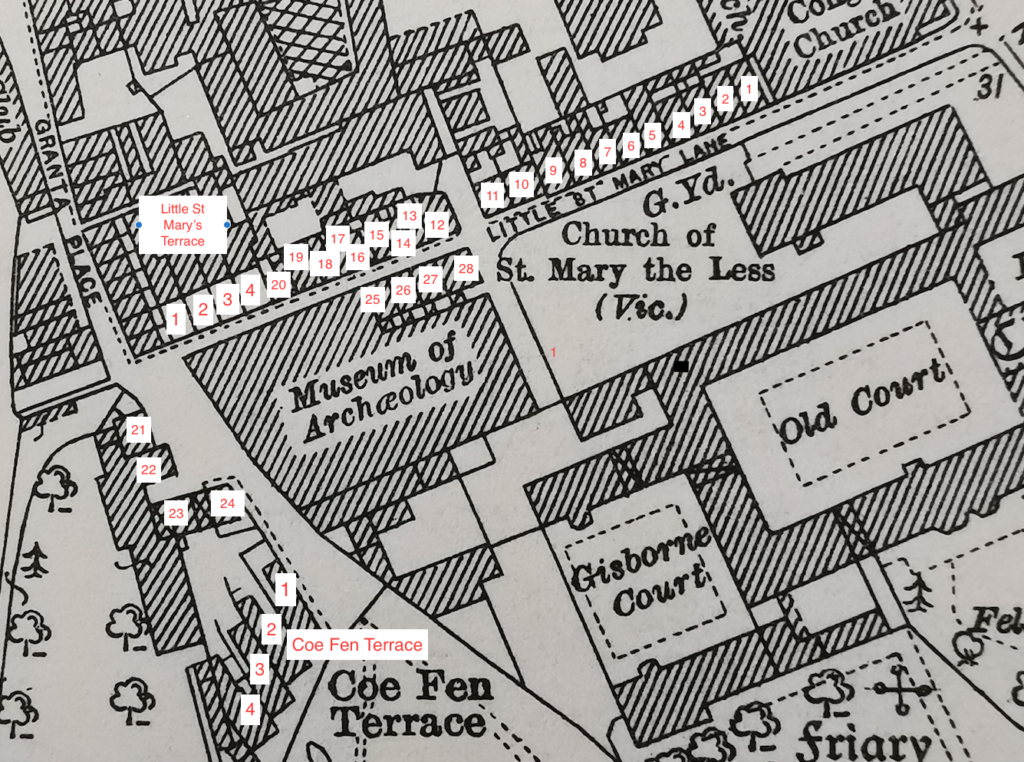 Papers donated by the Reynolds family (Garden House Hotel) to the Museum of Cambridge show the history of the land ownership of Coe Fen: 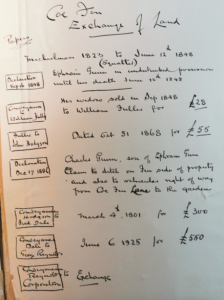 Declaration of Sep 16 1848: Ephraim Gunn in undisturbed possession until his death June 12th 1848.

Declaration Dec 17 1886: Charles Gunn, son of Ephraim Gun. Claim to ditch on Fen side of property and also to vehicular right of way from Coe Fen Lane to the garden.

At this location there four cottages, not on the line of the modern St Mary’s Lane. In the middle of the four was the entrance to Belle Vue Gardens.

The original Garden House was built c.18th cent. as the Miller’s House. From the latter part of the 19th cent. it was owned by the Professor and Mrs Cayley. 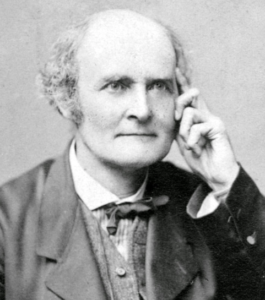 During WWI, R M Jones ran the extensive gardens attached to the House as a small-holding to supply his shop in Silver Street. His daughter Madeline let boats on the river and served tea and hampers from the riverside pavilion while her husband, George Reynolds, was serving in France.

The £500 which she saved from this enterprise enabled George and Madeline  Reynolds to put down a deposit on the Garden House which they bought in 1923. From that small beginning developed the Garden House Hotel business. 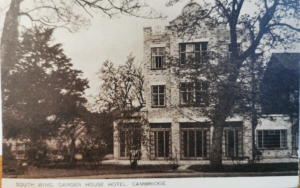 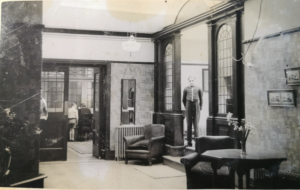 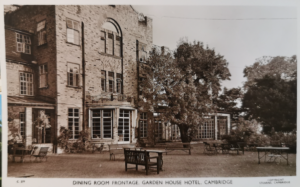 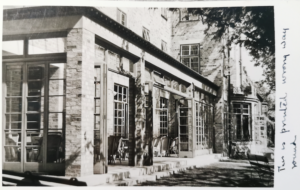 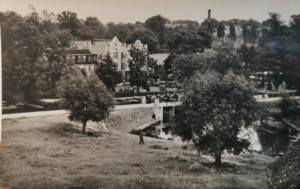 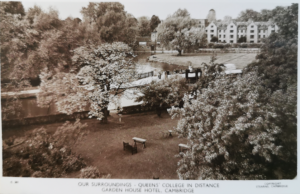 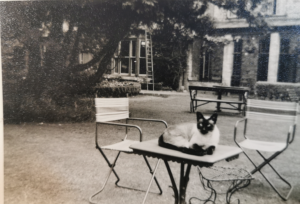 In 1973 there was a disastrous fire and whole hotel was rebuilt. 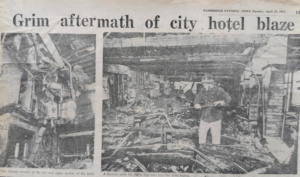 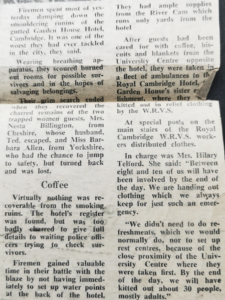 1972 newspaper report of the fire 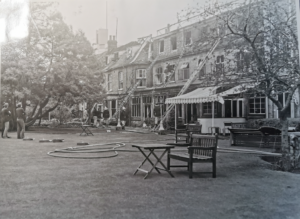 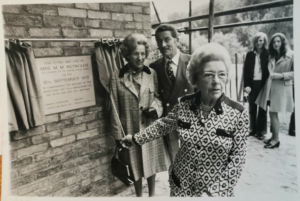 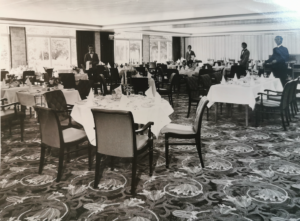 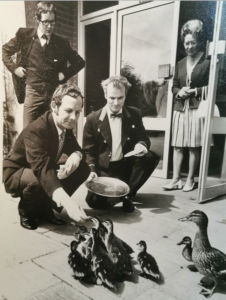 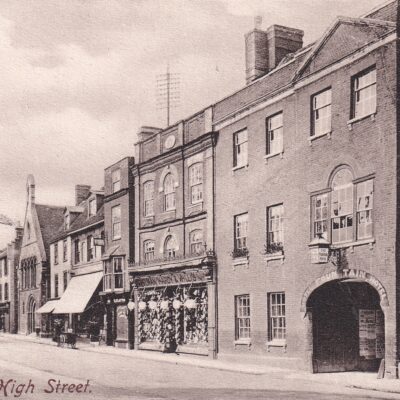 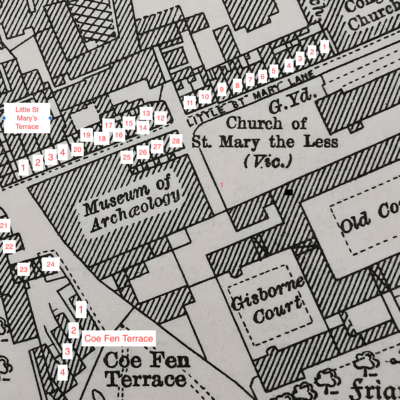 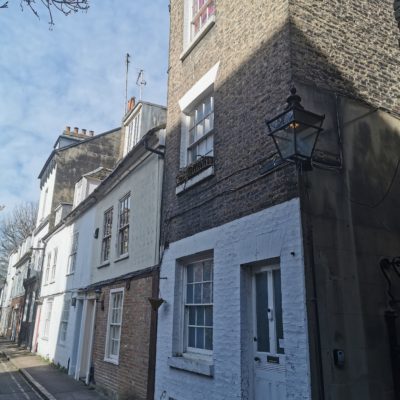 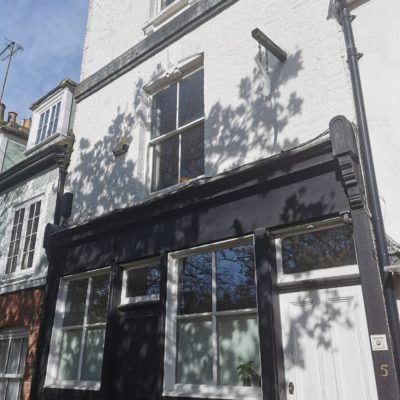 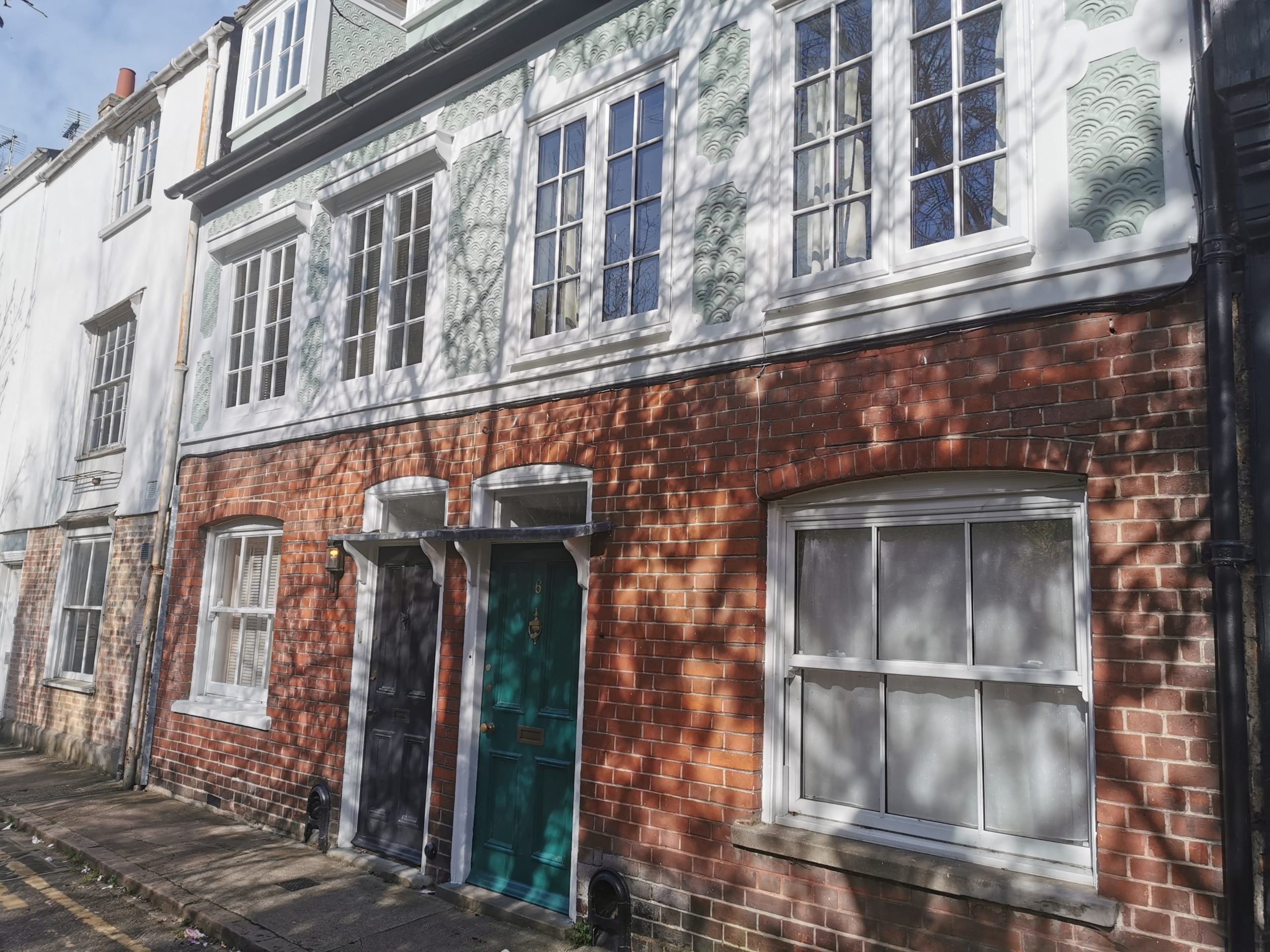 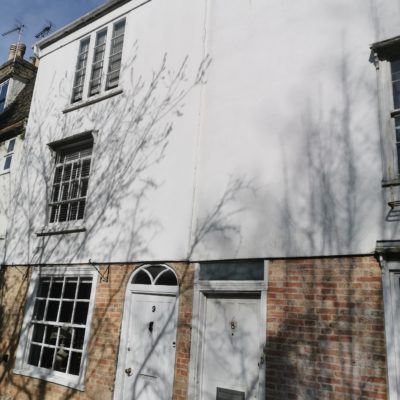