History of Tan or Rowley's Yard

This was the original location of Storey’s All Houses. These were relocated in 1843 to the vicinity of Mount Pleasant. (See link).

The 1831 New Guide to Cambridge describes the old almshouses as ‘ founded in 1692 by Captain Edward Storey for three maidens of Trinity Parish, and two widows and one maiden of the parish of St Giles, of the age of forty years at least and of sober life and conversation to each of whom the founder bequeathed £10, a gown of sad coloured cloth of 20s value, 2 pairs of shoes and a pair of stockings yearly. The revenues of these almshouses and those for Clergyman’s Widows, also founded by Captain Storey, were augmented in 1805 by Mr Joseph Merril, bookseller of this town, who bequeathed to the trustees 1667l in the 3 per cents.

British History Online has this description:

Storey’s almshouses were founded probably soon after 1729 under the will of Edward Storey (d. between 1692 and 1712). They comprised three houses in Northampton Street for four widows of clergymen and houses adjoining them in Rowley’s Yard for two widows and four spinsters from certain Cambridge parishes. The charity was endowed with considerable landed estates and its endowment was increased by later legacies. In 1843 the clergy widows’ almshouses were rebuilt in Mount Pleasant. They were let from 1921 and the income from that part of the charity was used to pay pensions to the widows of clergymen: in 1952 £3,175 was divided between 54 widows. The widows’ and maidens’ almshouses were also rebuilt in 1843, in Shelly Row. Much of the charity’s property has now been sold: its income from rents and stocks was over £9,800 in 1952. Since 1891 the surplus has been given to pensioners with the same qualifications as the almspeople.

[This is almost certainly the Edward Green, an Irish carpenter, known to the catholic congregation in Cambridge for many years as ‘Daddy Green.’ Accord to ‘Catholics in Cambridge’ ed. N Rogers,  he was responsible for the first Catholic convert in Cambridge, William Sherman.] 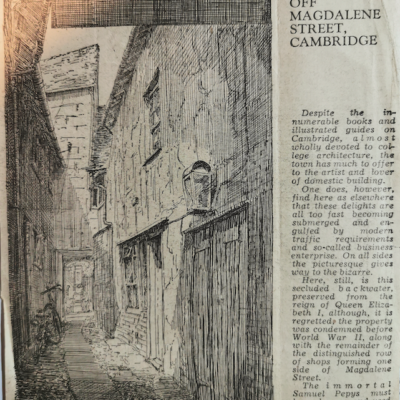 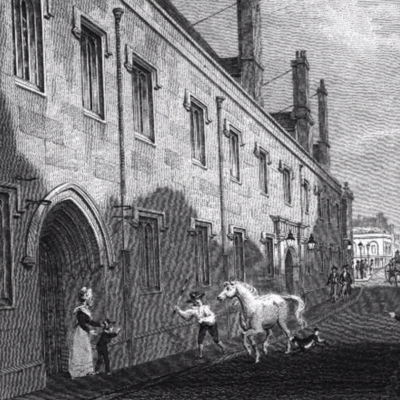