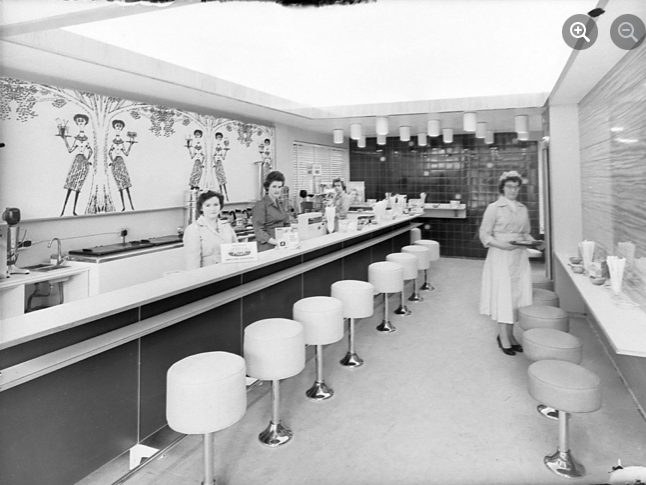 Mary A Collings, 67, dealer in fancy articles, b Sussex

It is believed that 20 Market Hill was also the site for Milkmaid, the Milk Bar. In 1936 the Cambridge Daily News had reported:

The Cambridge Milk Bar opened on Market Hill where all the shakes and soups can be purchased at the standard price of four pence. You have only to visit it once to become an addict. The first milk bar opened in Fleet Street two years ago and they have spread rapidly attracting business men, workmen and shoppers. In cold weather what could be more sustaining that a bowl of soup made with milk while in summer a cold milk shake flavoured with fresh fruit syrups, made ‘crisp’ with cream and whipped is a creamy delight.