Newnham: an informal biography records: The house finally found (for the establishment of the college) was no.74 [?] Regent Street. The opening of this house by Mis Clough in the autumn of 1871 to receive five students is the date which Newnham counts as its first birthday.

The five who arrived with their modest luggage, hid high beating hearts under their befrilled and many buttoned garments. they were, and felt, brave. Their mood was serious, uplifted, even a trifle defiant.

As for the house, even the most romantic backward vision, does not, if one can judge from the impressions of those who were there, find 74 Regent Street in itself attractive. It was dark, mean-looking and drab; facing straight on to a noisy street. Nothing there to please the eye, save a solitary acacia tree. 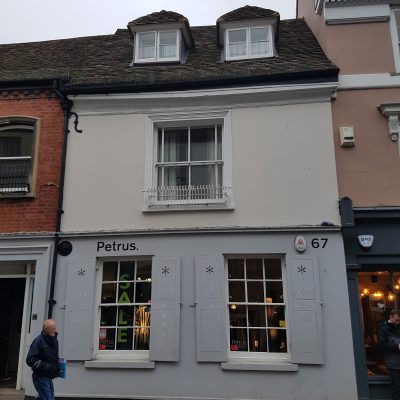