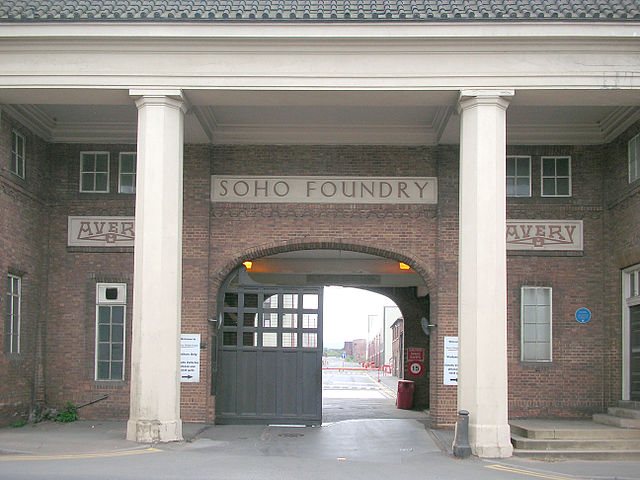 By Original uploader was Oosoom at en.wikipedia - Transferred from en.wikipedia, CC BY-SA 3.0, https://commons.wikimedia.org/w/index.php?curid=4204689

Avery Tronix is the modern company that has evolved from Avery’s. Specialising in weighing equipment of all sizes and based in Smethwick, Birmingham, in the mid twentieth century it had a factory in the centre of Cambridge, on Regent Street, over looking Parker’s Pieces. From here engineers were sent out all over the region to service the mechanical weighing equipment that was a vital features of agricultural and commercial life. Such equipment had to be checked annually and Avery’s were one of several companies whose engineers would tours villages and towns on a regular basis.

Peter West, of Hills Avenue, in 2016 talked about his career as an Avery engineer from the 1940s until the 60s.

Peter’s national service at the end of the 1940s gave him experience in electronics which served him well when he returned to Avery’s.