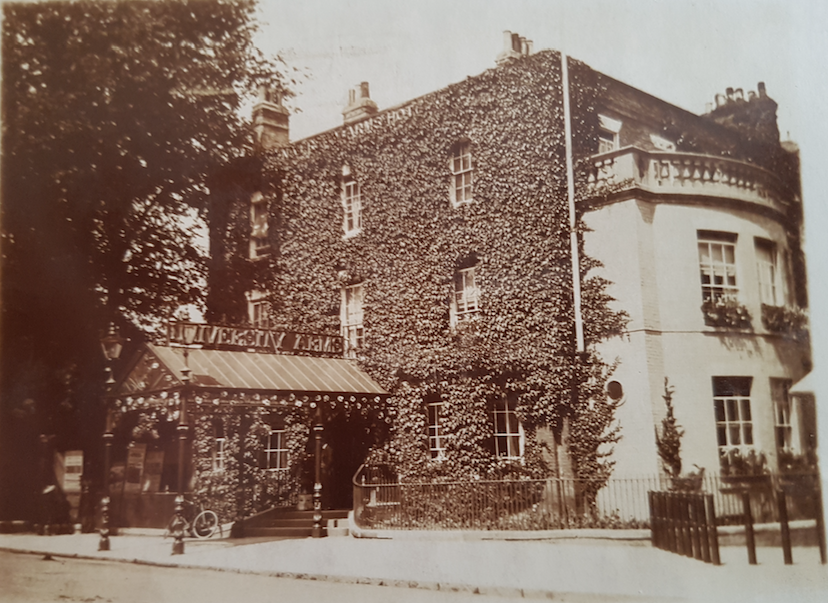 According to Outside the Barnwell Gate, (Stokes, 1915) according to an 1808 map of Cambridge, there was a veterinary surgery occupying part of this site. The Down Your Way article (CWN 3.12.1981) contains a wealth of information about the hotel’s history. 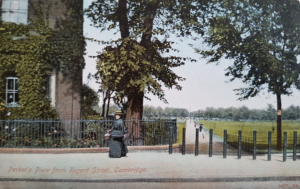 (CWN 3.12.1981) Marcus Dennis Bradford took over the tenancy  (leased from Jesus College) in 1891 from the two elderly Misses Hewitt. [Marcus’ father was caterer to Clare College in 1865.] The only stock he found was half a cask of brown sherry. There was a range of stables containing several coaching horses and a large coach yard. Until the beginning of WWI there were two full time coachmen; regular clients were the High Sheriff and those who wanted to get from the railway station around town. 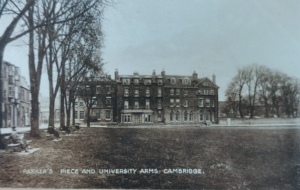 Sarah A Pearson, 39, housemaid, b Linton

Florence A Haggins, 26, bookkeeper, b Cumberland

Mary A Hellings, 45, housekeeper, b Wales

Around this time the architect George Banyard was involved in design of part of the hotel. Mackays of East Road supplied much of the ironmongery and steelwork. The balconies on the hotel were designed by Isabella Mackay, artist, engraver and miniaturist. She lived at 143 Cherry Hinton Road until 1976.

7/3/1935: Police guarded the closed gates of the University Arms Hotel while Sir Oswald Mosley was at a dinner organised by the University Fascist Society. Outside a meeting organised by the University Socialist Society was held on Parker’s Piece with speeches by John Comford, Maurice Comford and Maurice Dobb. Then a torchlight procession by 200 undergraduates shouting anti-Fascist slogans such as ‘We want Mosley dead or alive’ and singing ‘The Internationale’ marched to Peas Hill where more speeches were made before a Proctor arrived and they dispersed. (Cam.News)