‘Outside the Barnwell Gate,’ Stokes (1915), provides the following information:

Blackfriars priory before the Dissolution of the Monasteries was to be found on the site now occupied by Emmanuel College. Members of the Dominican Order of Friars first arrived in England in 1221. A royal grant of 14/6/1238 assisted the building of their chapel in Cambridge. In time of Edward I (1278-9) the Hundred Rolls describes the priory as containing “8 acres of land and more in length and breadth, in which place were accustomed to be divers mansions in which many inhabited who were wont to be geldable and aiding to the town.”

A writ of 1240 “commanded the sheriff of the county to permit them [the priory] to enclose the Lane which lay on the south part next their chapel, for the enlargement of their cemetery, they giving up in recompense the like quantity in length and breadth of their own ground, it having been found by inquisition that this would not be to the damage of the town of Cambridge, but rather to the convenience thereof.” … this lane must have been a continuation of “Dowdivers Lane” (now Downing Street) and must have led on to Barnwell. Instead, the Dominicans doubtless gave what is now Emmanuel Lane.

Black Friars’ Monastery was surrendered in 1538 to Henry VIII. The king granted the premises to Edward Elrington and Humphrey Metcalfe. By 1583 the site was in the ownership of Richard Culverwell and Laurence Chaderton, his brother in law. The latter had already been nominated by Sir Walter Mildmay as master of the new college, Emmanuel. So, on November 23rd 1583, the whole site of the former ‘Priory of Fryers’ was conveyed to Sir Walter.

In due course the old Friars’ church became the new dining hall; the old refectory was fitted up as a Chapel. The main entrance faced on to Emmanuel Lane. Hidden traces of the medieval buildings survive in the hall and the Combination Room, where 13th cent. windows and medieval fireplaces have been found behind panelling. 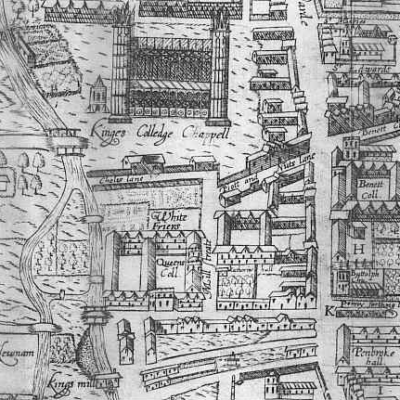 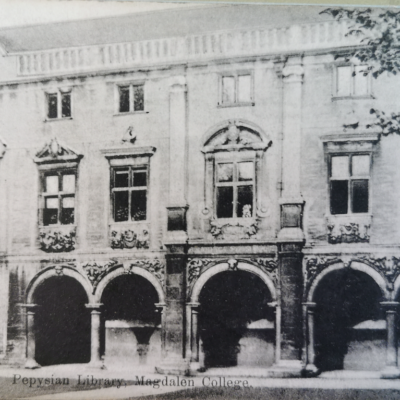