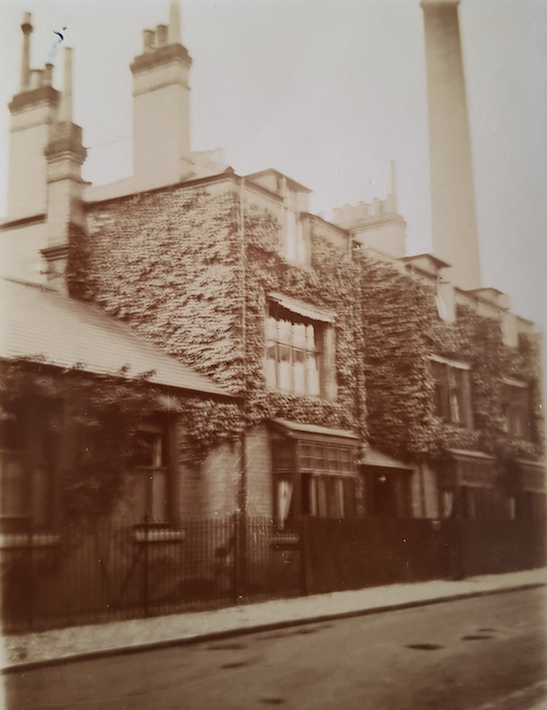 For the early history of the south side of this area, see the entry on Sedge Yard Estate. 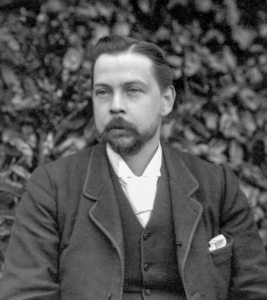 I have written a book about Dr William McCutchan who worked at Fulbourn Mental Asylum, and I discovered today on your website a photograph of the Nursing Hostel in Thompson’s Lane where he died in 1906. “Dr Mac”, as he was known, was a lovely character, kind to his patients and staff and keen on arranging musical entertainments at the Asylum.  He was engaged to a girl called Florence Chave, the daughter of a well-to-do businessman in Hereford, and his move to work at the Asylum was an attempt to climb the ladder in order to be wealthy enough to marry her.  Sadly, they were never married. I used Dr Clark’s brilliant book about the Asylum, as well as the fascinating records in the Cambridgeshire Archives when researching for my novel, “You and You Only”.

The Story of Mac and Flo

A young Anglo-Indian of French/Scottish extraction [born Agra, Bengal in 1857 to a family in the indigo growing business], William Arthur McCutchan (known affectionately as “Mac”) arrived in the Somerset village of Stoke sub Hamdon in 1890. He had been studying in Edinburgh to become a doctor when his brother, Julian, died suddenly in India. Julian had been paying for his medical studies, and so ‘Mac’ was obliged to find himself paid work as a medical assistant in order to continue his course. He spent four years working for Dr Walter Winter Walter, lodging at his home, ‘The Gables.’ At the beginning of 1895, ‘Mac’, having qualified as a doctor, left Stoke sub Hamdon and took up the position of Assistant Medical Officer in Burghill Mental Asylum, just outside Hereford. It was in Hereford that he fell in love with Florence Chave. Her announcement that she was engaged to a penniless Anglo-Indian working in a lunatic asylum was received by her family with a degree of anxiety which encouraged Flo to keep her engagement secret from the outside world. Meanwhile, ‘Mac’ was doing his utmost to succeed in his career so that he could afford to keep Flo in the manner to which she was accustomed. It was not easy for an Anglo-Indian with no money or connections to climb the ladder in the world of medicine, but after several unsuccessful applications, ‘Mac’ eventually gained a post as Senior Assistant Medical Officer in Fulbourn Mental Asylum just outside Cambridge. It was a step up for him but he would be a long way away from Hereford and Flo. In 1905 there was an outbreak of typhoid in Fulbourn Asylum. The Medical Superintendent caught the disease and Mac was left with sole responsibility for running the asylum. When it was all over, he was greatly praised by those in authority for how he had coped with the crisis, but the strain ruined his health and he became seriously ill the following winter. Flo’s brother, Tom (who, according to Flo in her diary, had been dubious about ‘Mac’ initially) left his medical practice in Cardiff and went to Fulbourn to take care of him. ‘Mac’ rallied, but had a relapse in the spring. Sadly, he died on 9 th June 1906, aged 47, leaving Flo £326. 9s 4d and all his effects. His books and papers, together with nearly 1,000 glass plate negatives, were found in the attic of Moor House when Flo died in 1971. Two men clearing the Moor House attic also found a tin containing letters together with a note saying these were to be burned unread on Miss Chave’s death. The men did as instructed and threw the tin of letters onto a bonfire. Were these letters from Mac to Flo or the other way around? We will never know. Mac emerges from Flo’s diary and letters of people who knew him as a man who was knowledgeable about the natural world, enjoyed music and amateur dramatics, had a good sense of humour and above all was thoughtful and kind in his treatment of mental patients. Flo Chave was deeply attached to her family, with a wide social circle and many interests. At a time when most women were strictly chaperoned, she thought nothing of cycling from Devon to Bristol. In her diary, she is seldom downhearted, and spends no time bemoaning her lot as the eldest sister looking after her parents. It was tragic that ‘Mac’ and Flo didn’t marry and have children, but perhaps it was Flo’s love for ‘Mac’ and the confidence that his love gave her, which made her into the serene, contented woman of the newspaper report of 1967.

Along the west side, opposite Richmond Terrace, were, from north to south: 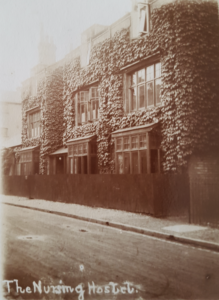 Neville House was lent by Magdalene College to New Hall, then only 20 years old, and short of money. 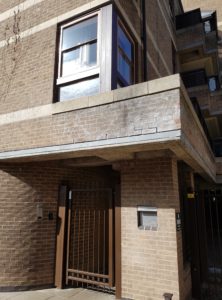