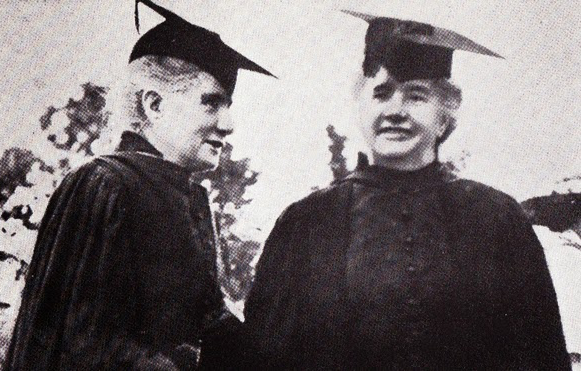 In March 1890 Agnes and her husband, Samuel Savage Lewis, lived with Agnes’s twin sister Margaret at Castle Brae. Agnes and Samuel had married in 1887 and lived first in Harvey Road. Samuel died on a train in 1891 apparently of heart failure.

Agnes Smith Lewis, widow, 48, living on her own means, b Irvine Scotland

Mary B Burton, visitor, 29, b Ipswich

Sarah A Spanwick, 30, cook, b Middlesex

Agnes Smith Lewis (1843–1926) and Margaret Dunlop Gibson (1843–1920), nées Agnes and Margaret Smith(sometimes referred to as the Westminster Sisters), were Semitic scholars. Born the twin daughters of John Smith of Irvine, Ayrshire, Scotland, they learned more than twelve languages between them, and became pioneers in their academic work, and benefactors to the Presbyterian Church of England, especially to Westminster College, Cambridge.

Agnes’s discovery of the Syriac Sinaiticus, on one of her many journeys to Sinai, was the most important manuscript find since that of the Codex Sinaiticus in 1859 and “the contribution the twins made in cataloguing the Arabic and Syriac manuscripts at Saint Catherine’s Monastery was literally incalculable.” (from Wikipedia) 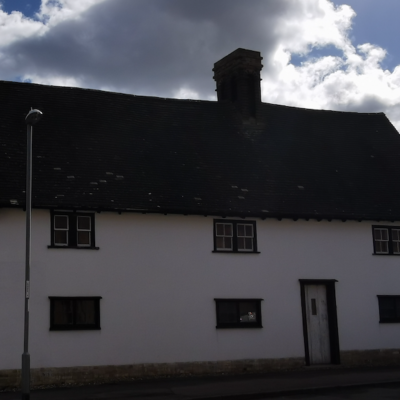 The Garage and The Lodge, Castle Brae, Chesterton Lane 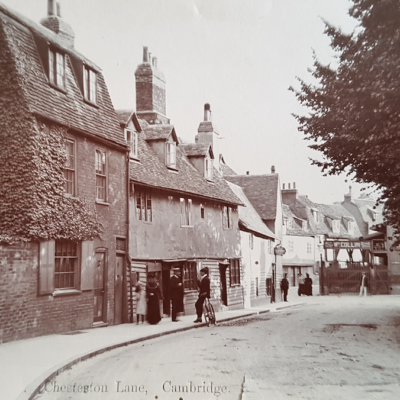