History of Ferndale and Edendale

There is evidence on-line for a number of patent applications applied for by Ezra Lofts.

By 1891 there were two semi-detached houses at this location, Lime Villa adjoining to the east, Ferndale. There was a further house just to east, Edendale. In the 1891 census both are shown as housing two families.

In the 1881 census two households are shown which must have have lived at one or both of these addresses:

However, since the addresses are not named in the 1881 census return it is not possible to work out at the moment which house either lived.

Frank Osmond Carr was director of music at The Leys School, Cambridge, from 1878-94 and had studied music at New College Oxford and went on to further studies at Trinity College where he was also assistant organist.

He became most well-known for his music for burlesques and comic operas:

In 1938 the two houses at this location were called ‘Ferndale’ and ‘Lime Villa’. In 1941 they were bombed and the families had to move to 107 Blinco Grove. One family was that of Charles James Mapey who owned The Paddocks property; the other was that of Celia Perry, her parents, and grandmother.  After the war the houses were rebuilt as 341 and 343 Cherry Hinton Road and in 1949 the two families moved back in. Celia Perry, who lived in Lime Villa, recalled the circumstances of the move in 2016.

Michael Bowyer in Air Raid pub. 1986 writes: Presumably it was a Dornier which, just before 23:00 made a fast run towards the south-east over Cambridge, perhaps attempting to bomb the airport or the distinctive Eastern Tank Trap. Almost along the latter it released an unusually assorted bomb load. First to explode was an HE, immediately in front of the two houses whose frontal sections it tore away. Eight occupants escaped without injury and, even more strangely, hardly anyone heard the explosion. Sensing something unusual was going on, Dr Hanton, whose surgery was just across the road – went to investigate and was amazed at what he saw. Also living close by was Alan Wright, author of Ian Allan’s popular Civil Aircraft Markings series who, unusually for such occasions, slept throughout the event! Another ‘silent bomb’ crater was soon discovered on waste ground by Perne Road, while more evident had been incendiaries burning on fields stretching between Queen Edith’s Way and Lime Kiln Road. 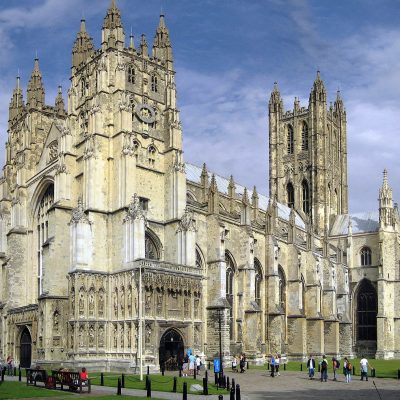