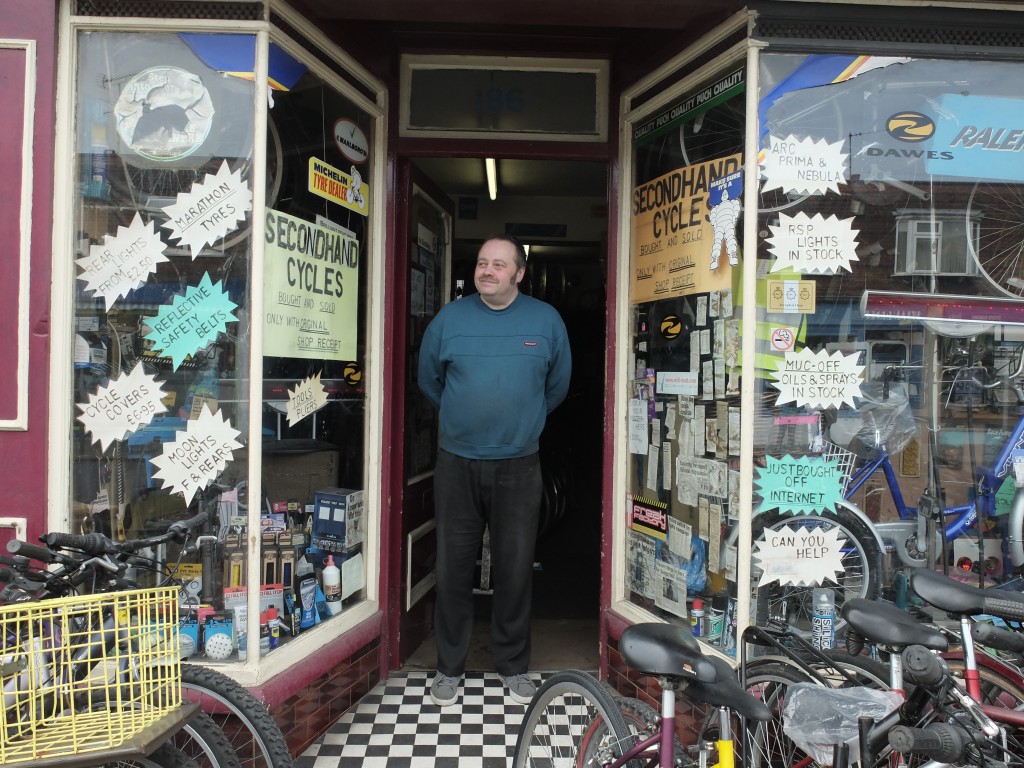 From coffins to cycles

The building is situated on the Romsey side of the railway bridge on the South side of the road in the centre of a terrace of shops. First known as a boot-maker’s, it’s been an undertaker’s, a watchmaker’s for nearly 60 years and a charity shop. Since 1982 it’s been the home of Greg’s Cycles, run by Greg Coleman.

The shop is classified as a ‘building of local interest’ by the local planning authority.

The shop front, which dates back to 1935, is one of the few remaining original shop fronts in the area.

No. 186 Mill Road is a two storey brick-built mid-terrace building with shops either side and opposite. The building comprises, on the ground floor two rooms — the shop area, which appears to have been two small rooms knocked into one, and a kitchen. There is an outside toilet and a long garden. There is also a cellar which is not accessible. Shop fittings inside are minimal with just a single worktop/counter. The remaining floor space is taken up largely by bicycles. The shop itself does not appear to have been altered or modernised over the years. On the first floor there are three rooms. The back room over the kitchen was added since the property was built, but it is not known when. The front room, which is used for storage, has a wooden bay window. The roof is constructed of slate, which is typical of buildings in the area. There is a chimney to the right of the building.

The Cambridge Independent Press described no. 186 and the adjoining properties on 7 September 1894 as follows:

Each containing Five Rooms, with Wash-house, Coal-house, WC, &c, with Gardens at the back, and having a frontage to Mill Road of 58 feet 6 inches (more or less), and a depth of about 100 feet. 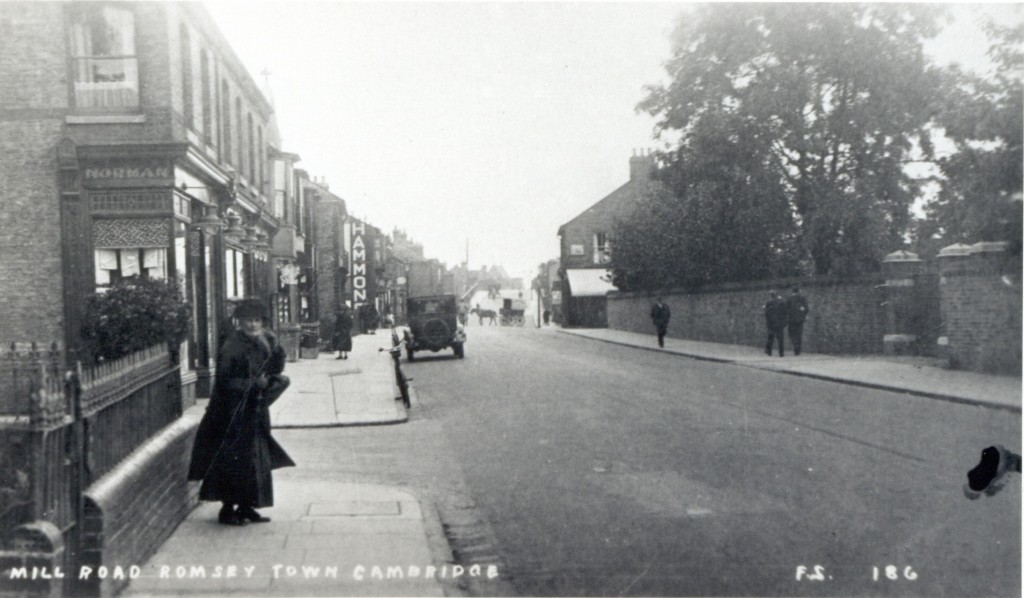 The shop on the corner in the above picture is Norman’s drapers. The building with the bay windows just beyond is No. 186. Note the bay window on the ground floor which was later replaced by the current shop front. Just beyond on the left is a sign for Hammond’s (confectioner and tobacconist).

From 1884 to 1899 William Bement (born 1848) lived at No. 186 and operated as a ‘boot and shoemaker and warehouse’ according to Spalding’s Directory. He shared the house with his wife Sarah (born 1846) and son George (born 1877). His father, William H. Bement, was also a shoemaker and also lived on Mill Road.

In 1899 he changed occupation to undertaker, possibly due to competition from the increasing number of boot-makers in the area. In particular many new boot-makers were setting up business off Mill Road where rents were lower.

He provided his services to the Cambridge Workhouse over the bridge in Petersfield. In January 1902 however, his reliability and reputation as an undertaker was thrown into question as it was reported that in the space of a month he failed to screw down a coffin and kept mourners waiting at a funeral. Called to a Board of Guardians meeting he managed however to explain himself to the satisfaction of the board.

Bement was a keen amateur gardener who regularly exhibited vegetables and flowers at local horticultural shows. He was also a member of the Working Men’s Liberal Club.  An article in the Cambridge Independent Press on 16 August 1890 reported on the Club’s annual flower show which was held ‘in the beautiful grounds adjoining “The Lodge” Mill Road’ across the road from No 186. It listed the numerous prizes that he won for his broad beans, french beans, cabbage, cos lettuce, coloured round potatoes and horn carrots. The CIP also reported his attendance in 1895 at the Romsey Town Liberals Tea and Garden Party where he provided plants for table decorations.

His fortunes took a turn for the worse after 1910 though. In 1911 he and his wife along with their son George and his family were living in Tottenham where he was working as a bookmaker again. At some point he was driven into poverty and settled illegally in Hackney, London. On 2 May 1913 an order was made to return him to Cambridge, however he died at Tooting Bec Asylum only five days later. 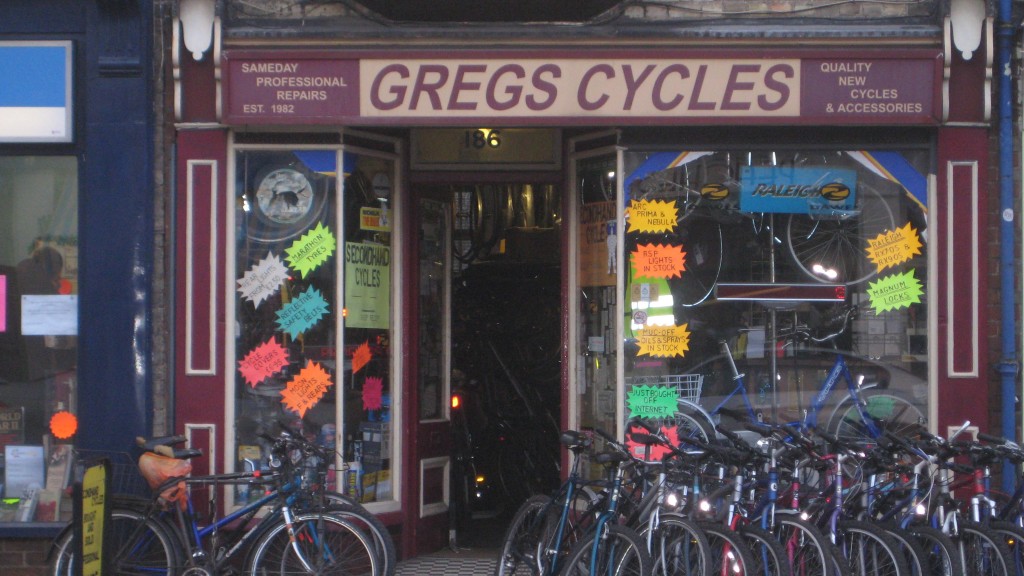 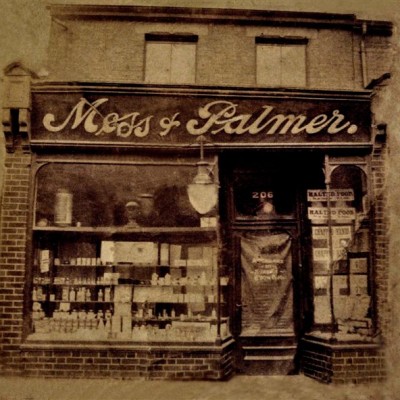 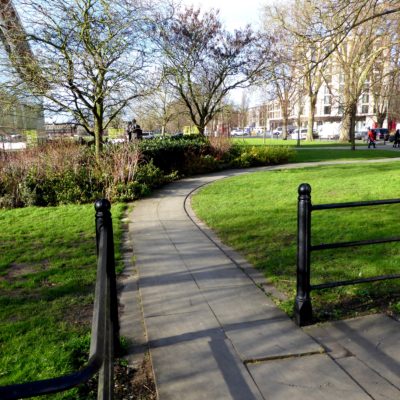 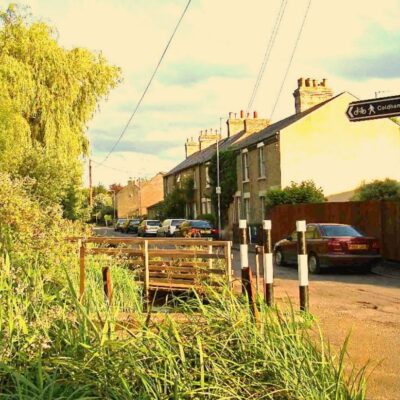