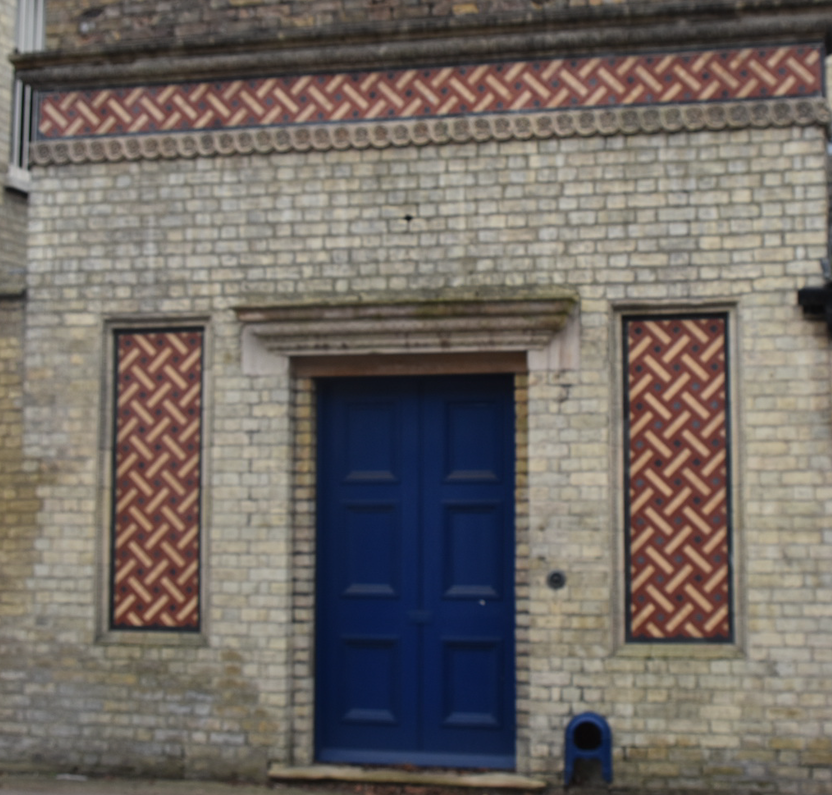 The Paston House extension, known as Crush’s Building was the work of the notable Catholic architect Jack Arthur Crush.

Ethel Doggett, 20, under housemaid, b Chesterton

St Mary’s School, Cambridge was founded 1898 by the sisters of the Venerable Mary Ward and the Institute of the Blessed Virgin Mary. . The Sisters started out with two-day girls and two-day boarders. In 1904 the swelling numbers necessitated a change of venue and the Elms on Bateman Street was purchased for £6,000. The house had a tradition which was very much in keeping with Mary Ward’s vision. It had previously belonged to Dr B H Kennedy, former Regius Professor of Greek at the University. As the school continued to grow other premises were added. Paston House was purchased in 1909. (Wikipedia)

After a large number of Belgian refugees arrived in Cambridge in 1914, two, Marguerite and Yvonne de Ley, came to Paston House.

Most of the children of the Belgian families billeted in Cambridge came to Paston House for lessons and the concert hall was fitted up as a classroom, with desks lent by the County School. Forty-six children, at first considerably outnumbering the English pupils, were taught there by two French speaking Ursuline nuns and a Flemish speaking Belgian. (Catholics in Cambridge p. 326)