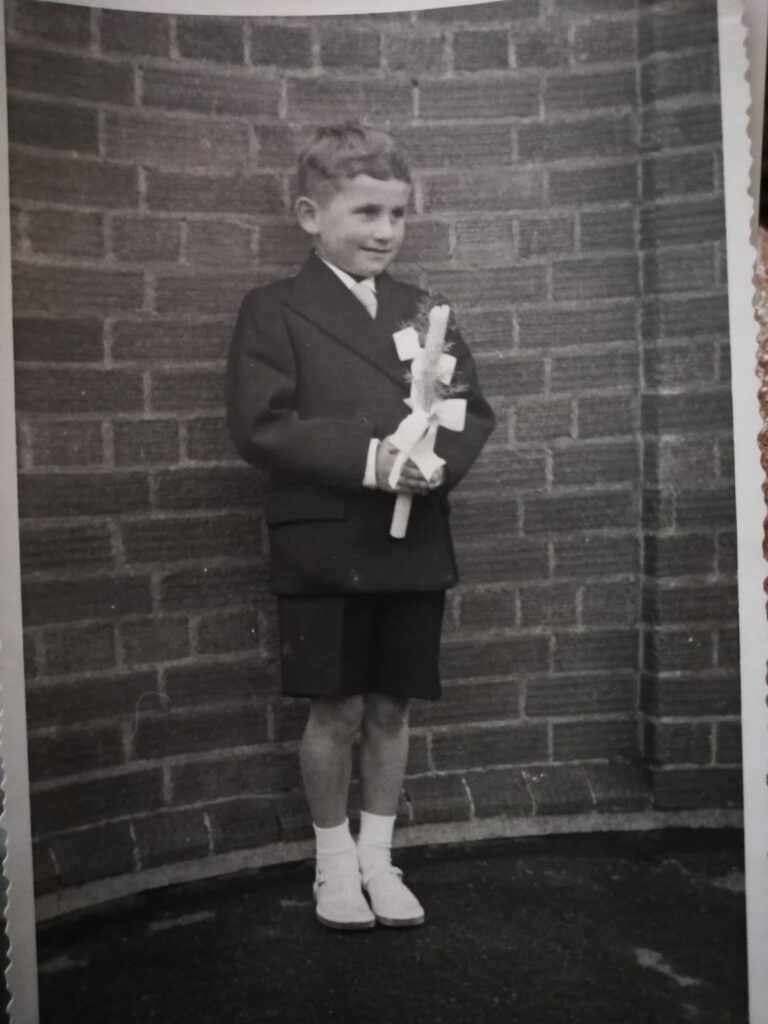 The Catholic Men’s Club had petered out in the 1870s owing to lack of financial support, but when Canon Scott attempted to revive the club in 1907 much greater success was achieved thanks to backing from Baron von Huegel and his active participation as first president.   … By the end of the [WWI] war the opportunity arose to purchase a surplus hut from one of the military hospitals then being disbanded in Cambridge. Von Huegel generously paid the cost of the hut which was re-erected on part of the rectory garden (now the site of St Alban’s School) in the summer of 1920 and named the Houghton Hall after St John Houghton, the first martyr of the English Reformation. One section served as the men’s clubroom and the remained as a hall for the school and parish organizations.

The hall was removed in 1936 to make way for the new combined school, buildings and parish hall. The noted Catholic architect J Arnold Crush of Birmingham was commissioned to come up with plans for a new Parish Meeting Hall. The old prefabricated hall was re-erected in part to serve as St Laurence’s, High Street Chesterton. It was then reused to create St Vincent de Paul’s Chapel in Ditton Lane.

The activities of the Houghton Hall are many and varied. recently it has been requisitioned again as a rest centre for unfortunate evacuees from the London terror. [Flying Bomb Offensive] For several weeks numbers of such sufferers, largely mothers and children, were finding accommodation there until the billeting officers could fix them up somewhere. Mr Bates, in his Civil Defence capacity, had to contend with the running of the centre at the same time that he had his full duties as schoolmaster to cope with.

HP sent the museum the following commentary in 2020 with accompanying photos:

St Andrews, (renamed St Albans for administrative reasons in 1962), was located in Union Rd, and served not only children from the the indigenous Catholic population during the week, but from the mid 1950’s provided the venue for educating the post war influx of Polish Catholic refugee children, on Saturday mornings. I attended both. So while my English school friends played football and went to the ‘Minors’ at the Central Cinema, I was forced to learn Polish history and culture, and the Catholic Catechism. As the school was very intimately connected with the ‘Big Church’ in Hills Rd the school building provided the venue for the Polish children’s annual first holy communion celebration (I attach photos for your interest). It is difficult to overestimate the profound effect that the welcome extended to Polish refugees by the Church and the school after the Second World War had on integration into the host population, while still allowing the Polish diaspora to maintain its religious and cultural traditions. At 70 years old I am the first generation result of that integration, and happy to call England my home. 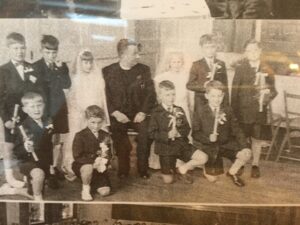 In 2021 the museum was sent the following photos by CJ. Only one is dated and we would really like to know the dates of the others and any other information about those in the photos. 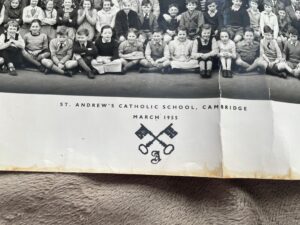 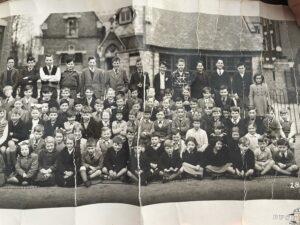 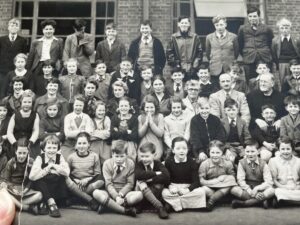 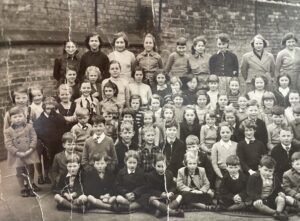 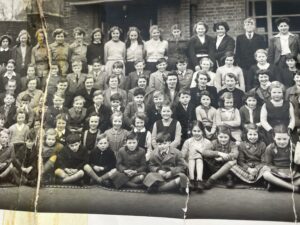 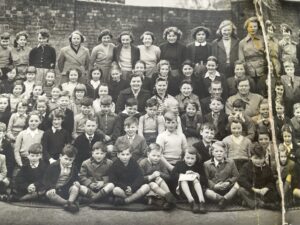