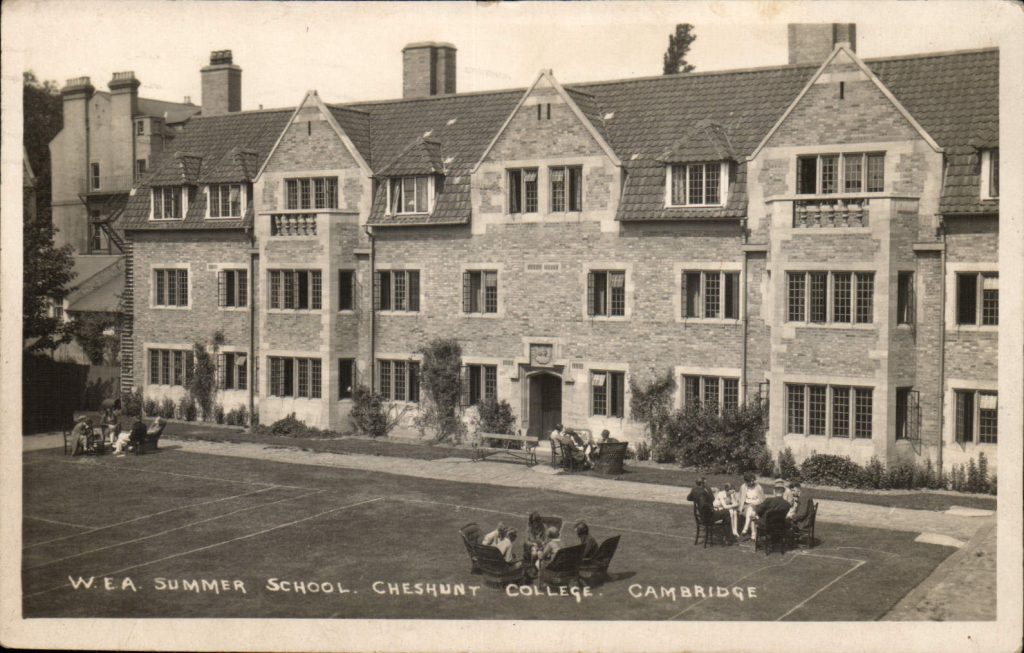 Pevsner notes (Cambridgeshire p.328): St Mary’s School faces all that was completed of Cheshunt College, the former theological college of the Congregationalists. 1913-14 by Morley Horder, in a very attractive, free neo-Tudor. E range with square central porch-tower and two symmetrical bay windows, projecting wings of different length, height and design. Pale brick with buff stone dressings. Now it is the provinical Grand Lodge of the Freemasons. Their w range is good matching work of 1997-9 by Freeland Rees Roberts.

13/6/1913: The foundation stone of the new Cheshunt College buildings in Bateman Street was laid by the Lord Chancellor. The college was formed in 1768 by Selina Countess of Huntingdon to prepare men for evangelistic work and its students can enter any church. It moved to Hills Road Cambridge in 1905 and is now attached to the University. Most of its students take the Theological Tripos. A number have risen to eminence as missionaries in the foreign field (Cambridge Press)

5/2/1915: Cheshunt College. The dedication of new building at Cheshunt College, Cambridge, took place on Tuesday afternoon. A service was held in the Lecture Room, and an address was given by the Rev. Principal Selbie. The total cost of the buildings, apart from the cost of the land, including all expenses, is just over £18,000 and the total donations paid and those promised amount to £14,500. (Camb. Press)

Cheshunt College was the oldest of the Cambridge theological colleges. The college moved to Cambridge in 1906 and new buildings were erected at this site. It amalgamated with Westminster College in 1967.

The site was then sold to the Freemasons. Information about the building and the history of Freemasonry at this site can be found here:

Tony Whitmore and his wife Edna lived in the Masonic Hall as managers in the 1990s after his building firm went into decline. In 2016 he described their duties there: 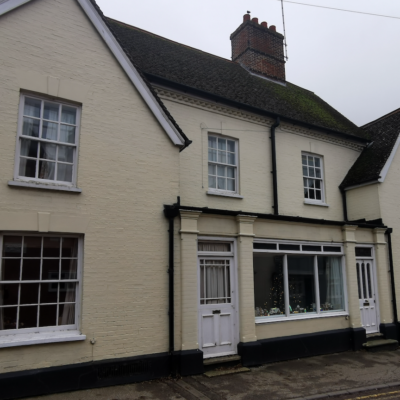