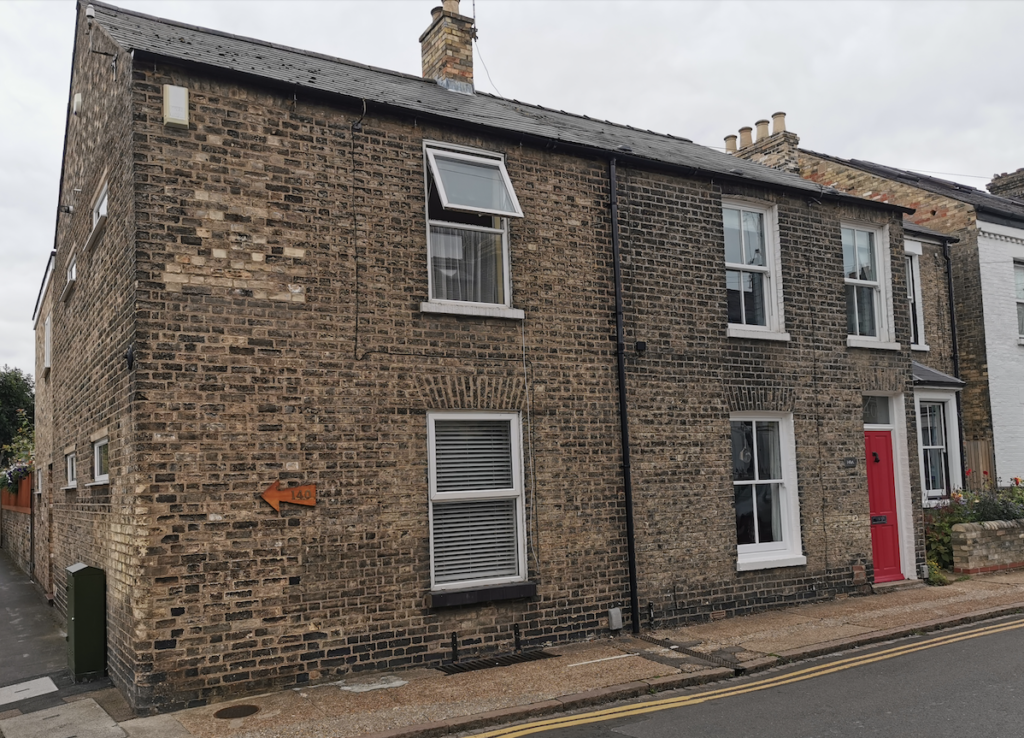 1897: CDN 3.4.1897: THE SUDDEN DEATH AT CAMBRIDGE RAILWAY STATION. THE INQUEST – TO-DAY. MEDICAL MAN “RATHER PUZZLED”: Mr  O Papworth, Deputy Coroner for the Borough held an inquest  this (Saturday) morning at the White Hart Inn, Hooper-street, touching the death of William Cowell aged 38, foreman of the cleaners of the locomotive department at the Great Eastern Railway Station, Cambridge, who died suddenly close to the check house in the yard early on Friday morning.

Christiana Cowell, 140 Gwydir-street, the widow, said the deceased left her house at 5.40 on Friday to go to his work at the station in his usual health. By a Juror: Deceased complained a short time ago of a slight rupture. He, however, had always got to his work.

Charles Parker, 42, Kingston-street, guard on the GER said that on Friday morning he was going through the workmen’s gate in the Devonshire-road at about 7.25 when he saw deceased lying face upwards on the ground. Witness undid his collar, and  he then drew two long breaths. Witness called for assistance and one of the fitters went to him. The deceased was afterwards taken into the mess room and Mr Wood, surgeon, sent for.  By the Foreman: The deceased was so far from the line that he could not have been knocked down by a train.

Mr Edwin Stanley Wood, of Gwydir House, Mill-road, physician and surgeon, said he was called to the deceased at about 7.45 on Friday morning and  found him in the mess-room lying on the table quite dead. He had made a mortem examination of the body. On opening the chest he found the heart and lungs perfectly healthy; the abdominal organs were healthy except at the foot of the ileum which was in a state of gangrene. On opening the stomach he found it was highly inflamed. That  condition RATHER PUZZLED WITNESS so he consulted Dr Lloyd Jones. The deceased had always been of good and temperate habits,  and witness was rather inclined think that his condition indicated poisoning, but Dr Lloyd Jones did not agree with that; he thought the deceased might have had influenza or acute alcoholism which was quite out of the question. The cause of death in witness’s opinion was syncope. But the

DECEASED’S HEART WAS QUITE STRONG;

in fact it was one of the strongest witness had ever seen, and his lungs  were also strong and sound. The syncope he thought brought on by the gangrene of the gut.  Witness attended the deceased some five weeks ago when he went to him with indefinite symptoms of rupture; there was no protrusion and he had been able to work ever since. They said he had never complained for a moment all his lifetime.  A juryman: He complained to me some three or four weeks ago about the rupture.

The Deputy-Coroner, in summing up, said it was certainly a very sad case that a sudden death should occur in this manner, but he thought from what Mr Wood told then the  jury should have no doubt in saying that death was due to natural causes.

The Foreman: Could it not have been  a fit of some kind ?

Witness thought not; he had examined the brain carefully but there was no sign of any disease.

A Juryman: It is very unusual, is it not, that a sudden death should occur in this manner?

Witness: Very unusual indeed; it is an unusual and sad case.

The Deputy Coroner in summing up said it was certainly a very sad case that a sudden death should occur in this manner but he thought from what Mr Wood told them the jury should have no doubt in saying that death was due to natural causes. He took it that  the cause of death was syncope, the primary cause being gangrene of the gut which no doubt had been going on for some little time.

The jury returned a verdict of “Death from natural causes.”