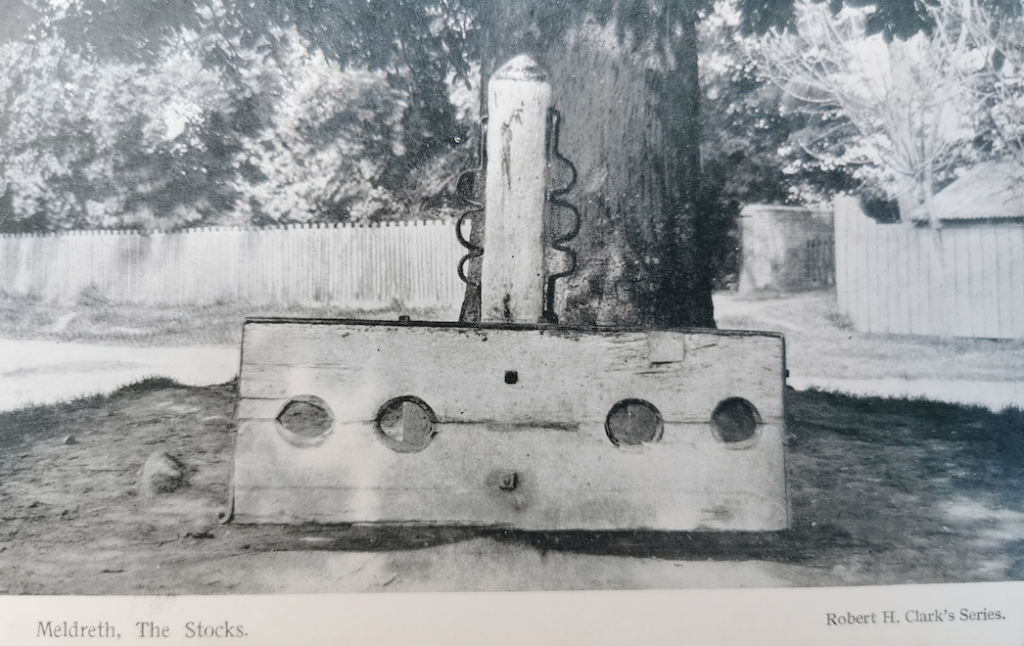 History of the Stocks, Meldreth

History of The Stocks:

The village stocks stood on Marvell’s green, so called from the one time owners of the house now called Meldreth Court. …… The earliest Court of which I find record is in 1323 at which John Warren was fined for not doing his duty properly as a beer taster, and various women were fined for giving short weight. A little later Nicholas Taylor’s wife scratched John Marvel’s wife Felicia, until blood ran, whereupon John Marvel drew blood of Nicholas Taylor…. for which the men were fined 1s and the women 6d. 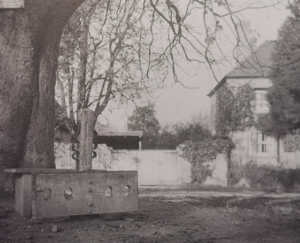 In 1936 the CIP reported that the stocks were a very popular sight for tourists. The last legitimate occupant had been a drunken man in 1864. At this time, some of the men’s friends built a tarpaulin cover and sat with him drinking beer.

.… in June 1342. two men were travelling from Midsummer Fair at Cambridge to Bedford and they passed through Meldreth…. it was a broad highway as I have shown, but narrow enough to get into quarrelsome near quarters with some of the villagers, particularly with some of the domestics of John de Regges, who owned a part of Veyseys manor and lived i think on the old manor site. Driven up the village towards Kneesworth, one of the tramps, who was armed with bow and arrows began to use them, whereupon there appeared Robert Hales, deputy bailiff of the King’s Hundred of Armingford, with the white rod of office in his hand. He bade them cease fighting, but William de Kirkby, the man with the bow, was a hasty man and shot an arrow into Robert’s belly, threw down his bow and arrows and fled. Robert lived for two months, we may suppose very uncomfortable, and then died, and so we get the record at the coroner’s inquest. I think Robert met the archers by the old manor house and the stocks. And at this site it was I think that the cropss stood, the base of which is now in Mr Liddiard’s garden. 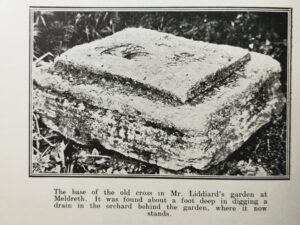 Base of old cross in Meldreth 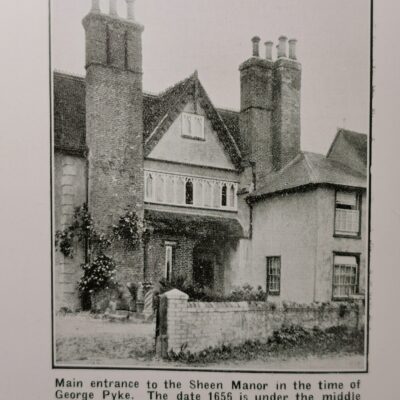 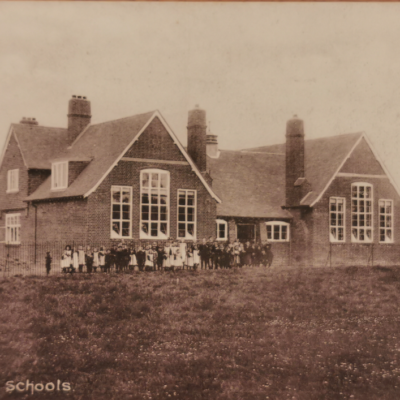 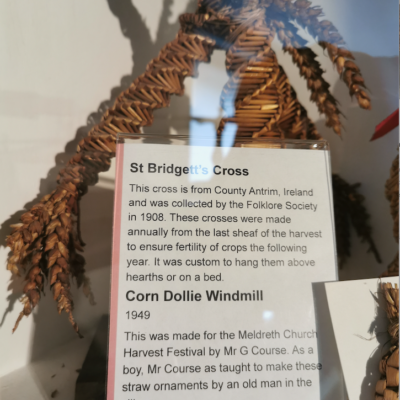