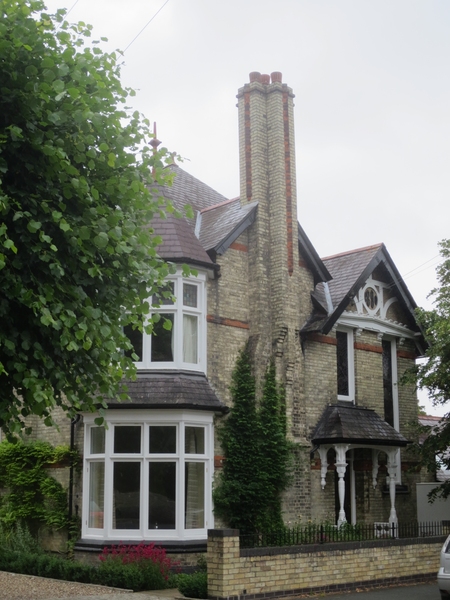 In 1881 the Morley family were in Hobson Street

Frederick Morley, the Cambridge pawnbroker, bought the land for his house Norman Cross in 1890. He bought the land from Benjamin Jolley, described as ‘The Cambridge furniture broker’, for £300. The plot adjoined what was then the proposed road – Rathmore, named after the large house belonging to the Jolleys at 159 Hills Road.

Frederick Morley, sometimes wrongly associated with the Morley of Morley school, was a councillor and bailiff of the Borough of Cambridge. The house is built on a grand scale and matches houses in Park Parade and De Freville Avenue. Gas central heating with two inch thick pipes was installed in 1891. The extensive wood and stained glass is alleged to have come from a derelict church.

The house was bought in 1959 by T D Towers, the electronics expert.