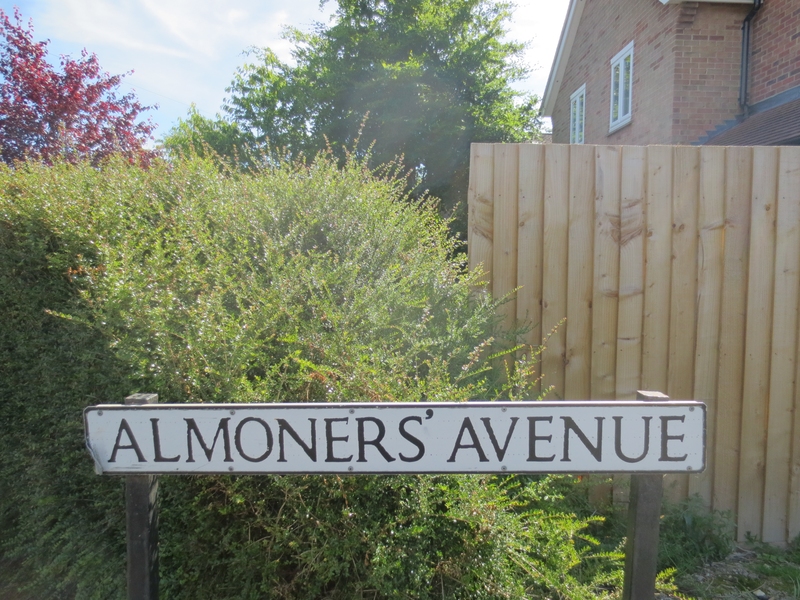 Notes on the history of Almoner's Avenue, Cambridge

In 1950 the land here, which had belonged to St Thomas’s Hospital, was designated for residential purposes and in 1961 a more detailed planning permission for 64 detached dwellings and garages was granted.

The name of this road is another connection with a hospital. The Almoner was the medieval hospital official who gave out alms.

In 2019 Desmond Fitzgerald, who bought a plot for £500 and moved to Almoner’s Avenue in the early 1950s, wrote about his life in Cambridge.

Desmond FitzGerald moved from Suffolk with his parents to 157 Hills Road in 1933, when he was 7. His father Edward had accepted a position as deputy manager of the Greene King brewery in Panton Street. Desmond recalls visiting the brewery as a boy and seeing that a ‘tea break’ was actually a ‘glass of beer’ break! It was a small brewery and his father stayed until his retirement after 60 years of working there.

Desmond attended the County Boys school on Hills Road and after gaining his school certificate he decided to get a job.

His first job was with the Great Ouse River Board. It was through this that he met C W Craske, the architect, who suggested that he train to be a quantity surveyor. As a result he joined the firm of Young and Brown in Cambridge.

During the war and before Desmond was called up into the army, he recalls a very vivid memory of a WWII major event, with the newspaper placard in the street informing all that the pride of the British Navy, the HMS Hood, had been sunk by the Bismarck, (25 May 1941). There were only 4 survivors.

At that time Desmond’s father was given the responsibility for the issue of petrol coupons in Cambridge. Desmond was called up in 1944. Desmond was in the army for 4 years, two-years of that time was spent in the Middle East. Whilst he was abroad he met up with a fellow officer, Don. Both had known one another prior to joining the army. When Desmond visited Don in an adjoining tent, Desmond noticed Don’s family photographs, one photo being that of Don’s sister, Eileen. After the war ended, Don invited Desmond to meet his mother and it was on that occasion that Desmond also met Eileen. Desmond and Eileen formed a friendship and later married.

After demob from the army Desmond joined the firm of Sindalls, the Chairman back then was Harold Ridgeon. Desmond commenced with a salary of £5 per week.

Because of an aborted planning scheme, Sindalls were forced to move and were resited in Cherry Hinton Road at The Paddocks, next to the old Budgens site. (Budgens was then an Adkins store). Desmond and Eileen rented No. 251 Queen Ediths Way from the employer. Two daughters were born whilst living there. At this time it was just possible, if one were frugal, to buy a plot of land. Desmond and Eileen bought a plot at Almoners’ Ave. His employer Sindalls built the house and for a short time during the construction Desmond, Eileen and their two young daughters lived in a caravan on site. 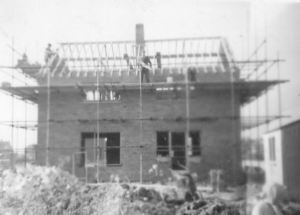 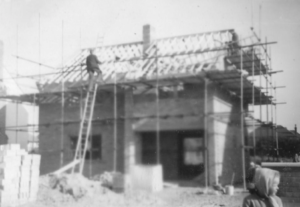 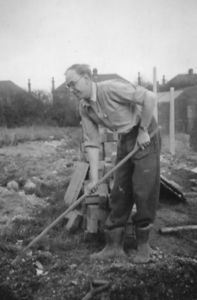 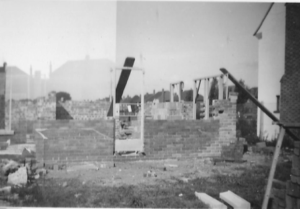 To refer back to the reason for Sindalls move and the aborted planning scheme, this scheme was known as the ‘Spine Relief Road’. It would have involved a new roundabout at the top of Castle Hill, with a new road going through the old Sindalls premises and running parallel with Magrath Avenue. The road would then run down to Chesterton Road, involve a new bridge over the river, finally linking up with Drummer Street. The project never got off the ground.

Details of the aborted project are shown in a book called, ‘Cambridge Planning Proposals – Maps and Plans’, by William Holford and H. Myles Wright and published by the Cambridge University Press. Indeed other projects that also never got off the ground are shown in this publication too.