GROCER’S LICENSE FOR CHERRY HINTON: REFUSED BY THE BOTTISHAM MAGISTRATES

The only business before the court was an application by William Conder, grocer of Marshall-road, New Cherryhinton, for an off-license to sell bottled beer at his shop in Marshall Road. Mr Oliver Papworth appeared for the applicant. Mr S J Miller opposed on behalf of the licensee of the “Rock” Hotel (Mr Gardiner), and Mr Boyce, the holder of a beer off-license in New Cherryhinton. Mr S Ellison represented a number of owners and occupiers in the locality who object to the granting of another license. Mr William Copleston, the organizing secretary of the Ely Diocesan Branch of the Church of England Temperance  Society, appeared in his private capacity as a resident in New Cherryhinton to oppose the granting of the license.

Mr Papworth said New Cherryhinton was a district which had been recently built upon, and houses were started almost every day. There were now in the that particular locality 430 houses…a great many of his [Mr Condor’s] customers had asked him to try and obtain a license in order that they might get beer when they went to his shop for other goods… Mt Papworth read a memorial in favour of granting the license, signed by 160 residents…

William Conder, grocer, of Marshall-road said he was both owner and occupier of his premises. He had carried on business for three years. The property was assessed at £11 5s. It was not necessary to go through the shop to get to the private part of the premises. He had counted the houses in the locality; they totalled up to 429. There was still land that was not built upon.

Mr Ellison: Are there no firms supplying the neighbourhood?

Applicant : There are plenty of vans delivering stuff.

Mr Miller produced a plan of the locality which was issued by the vendors, the Artizans Land Corporation, and on the back of which was the restrictive covenant referred to by Mr Ellison. The applicant stated, in reply to Mr Miller that he had not got the conveyance of his property with him.

Mr Miller: Do you know that Mr Boyce supplies bottles beer to the occupiers in Marshall-road?

Applicant: I know he takes it round that way.

What class of houses are those in the Hills-road, on the Trumpington side? – They are middle class houses – stylish.

Just the kind of houses whose owners would not come to you, eh? They have asked me for beer, and I have several signatures from there.

You have got a back way into your premises, haven’t you? – Yes.

What sort of back way is it? It is a passage leading into Hartington-grove. It is for the convenience of customers.

Ah? I thought there was some convenience about it! It is a crooked path isn’t it? – Yes.

Haven’t the other cottagers got a right to that path? – Yes

The applicant added that if the license were granted he would have the gate locked up.

Inspector Sampson: You can make  little window, can’t you? – I should not do that.

Would the police have any supervision over the house at the back? – Of course at present they come in at the back way.

Isn’t there a low fence there? – I could have that done up.

Oh! You are going to have everything done up. How many people did you go to who refused to sign the petition? – Not many.

Are there any abstainers in Marhsall-road? – Yes there are some and some of them signed the petition.

Oh! – Yes, they might want a glass of beer for friends who came to stay with them.

Not very staunch teetotalers are they – They might want it for friends.

Mr Ellison said the objection raised by the owners and occupiers was based on three grounds – (1) that the license was not required for the convenience of the inhabitants, as there was already one full and one off-licensed house in the neighbourhood and firms from Cambridge regularly canvassed the district; (2) that the property was entirely residential, and the tendency of the license would be to depreciate it; and (3) that the granting of the license would  be a direct breach of the mutual restrictive covenant entered into by every purchaser.

Samuel John Stephenson, college cook of Hills-road, said he owned property ion New Cherryhinton. He thought the granting of the license would be detrimental to the neighbourhood.

Mr Ellison: Even a grocer’s license?

Is every facility given for the supply of liquor? – Yes. I could get drunk five times a day if I wanted to.

Do you think the present two publichouses supply the demand? – I think there are two too many.

The application for a licence was accordingly refused. 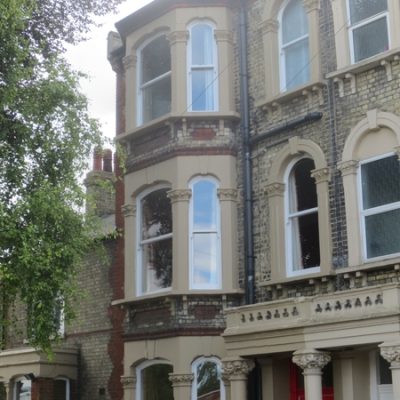