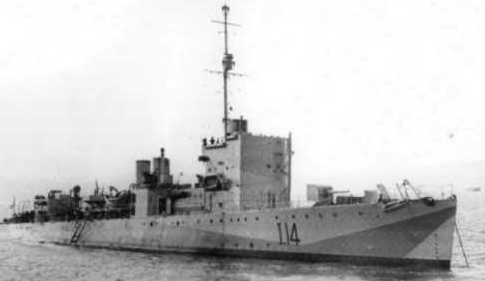 Lt Cmdr Landman was commander of destroyer HMS Clare from 1941 to 1942.

There is an interesting account of the relationship between the Kester, Cory and Landman families at this website:

Rosa Kester had married the wealthy Reginald Cory in 1930. Reginald was a keen supporter of the Cambridge Botanic Gardens and when he died in 1934 left £400,000 to the upkeep of the Gardens. Rosa had been almost 30 years younger than Reginald; two years after his death she remarried, to Leopold Landman, an officer in the Royal Navy, seven years her junior.