In 2017 David Bridges provided Capturing Cambridge with information about the General Headquarters Line, otherwise known as the WWII Tank Trap, that ran across Queen Edith’s from south to north and was part of a much larger national defence system.

An old former resident of Chalk Grove, Mr Bocock, used to talk about a ‘tank trap’ that ran across Queen Ediths Way as an obstacle to invading forces. Much later an architect told us about a house on Almoners Avenue or Kinnaird Way (I think) that was building an extension but had troubles with its foundation because it found that under the surface ground there was just a pit of rubble. WW2 aerial photos showed that that the extension was being build right over where the tank trap had run across the road. I became curious to learn more about this tank trap. The best account I have found traced its route, but also explained how it was part of a bigger ‘passive defence’ system that ran across the south east of England, designed not to stop any invasion but to help delay it so that forces could organise themselves on the other side.

Further information about the GHQ line can be found at this website:

It describes the course the line took across Cambridge:

Cambridge was one of the few settlements of any size to actually sit on the GHQ line. The line, as we will call it, approached Cambridge from the south via the grounds of Audley End House, Great Chesterford (north of which it cut through the course of the abandoned Newmarket – Chesterford railway) and Stapleford. From the latter, The line turned north-east to cross Hinton Way and then what is today the A1307 road at a point some 200 yards from the present day Park & Ride carpark and on the Cambridge side. It then crossed Worts Causeway, Queen Edith’s Way and then along the east side of Mowbray Road where Hulatt Road now is, then across Cherry Hinton Road to run parallel with Perne Road. Having crossed Birdwood Road, it then veered east-north-east at what is now the junction of Ancaster Way and Tiverton Way to cut through the abandoned trackbed of the pre 1896 Newmarket railway at a point just west of Brookfields. From there, the line then crossed the present Newmarket railway at a right angle and at a point just north-west of the Tins footbridge (this bridge being adjacent to the engine shed of the former Norman Cement works). The line then crossed Coldham’s Lane and what is now the south-west corner of Cambridge airport, through what is now the Keynes Road/Dudley Road housing estate before arriving at a point near Chesterton Junction. From there it followed the rivers Cam and Ouse to Ely, Littleport and up to the Wash before heading back inland through Lincolnshire and up to Yorkshire. The Wash was the only point at which the GHQ line made use of the coast. Today, the infilled anti tanks ditches between Stapleford and Worts Causeway can still be picked out from the air. Much of eastern Cambridge has seen all traces of the line obliterated by building and, around the former cement works, quarrying. Many pillboxes and gun emplacements were removed postwar but nevertheless a number still remain. Some ditches, especially in the Fens, were retained for use as drainage ditches while the remains of road blocks and tank traps can still be found here and there if one is determined enough to look and knows what to look for.’

David Bridges has found other information about the line in the following locations:

There is also reference to the tank trap in a reminiscence by Neville Wilson of his childhood in what appears to be this area of Cambridge (because children were taken from his school — probably Morley Memorial School — for games at Homerton.
Neville J.Wilson ‘My memories of world war II’ in a BBC archive at

Whittaker,P., Evans, C and Gibson,D, (2002) Granham’s Farm, Great Shelford: An archaeological evaluation, Cambridge Archaeological Unit, University of Cambridge
http://archaeologydataservice.ac.uk/archiveDS/archiveDownload?t=arch-1352-1/dissemination/pdf/Cambs_grey_lit_reports/GL2048_A_Granhams_Farm_Great_Shelford.pdf
This team of archaeologists cut a number of trenches across Granham’s Farm and found, among other things, clear evidence of the tank trap. They encountered this at a number of points in their dig. This is how they described it in their opening up of ‘trench 19’. (There are photos of the trench in the report).
‘The asymmetrical profile of the anti-tank ditch reflected its design as an obstacle. The sloped Eastern edge was the outside edge of the ‘trap’ and the vertical western edge was the inside. The principal of the trap being that an armoured fighting vehicle would be able to drive in but not out. The added earthworks on both sides of the ditch would have presumably been shaped in such a way to accentuate the asymmetry.’
They also describe it being filled with bits of metal and glass as well as lumps of chalk. 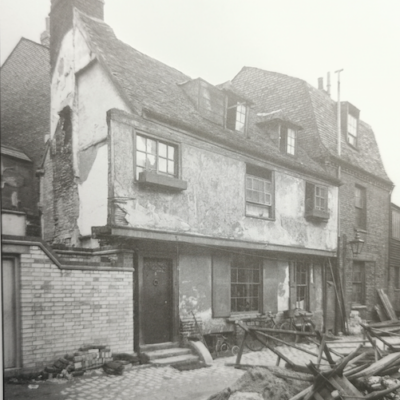