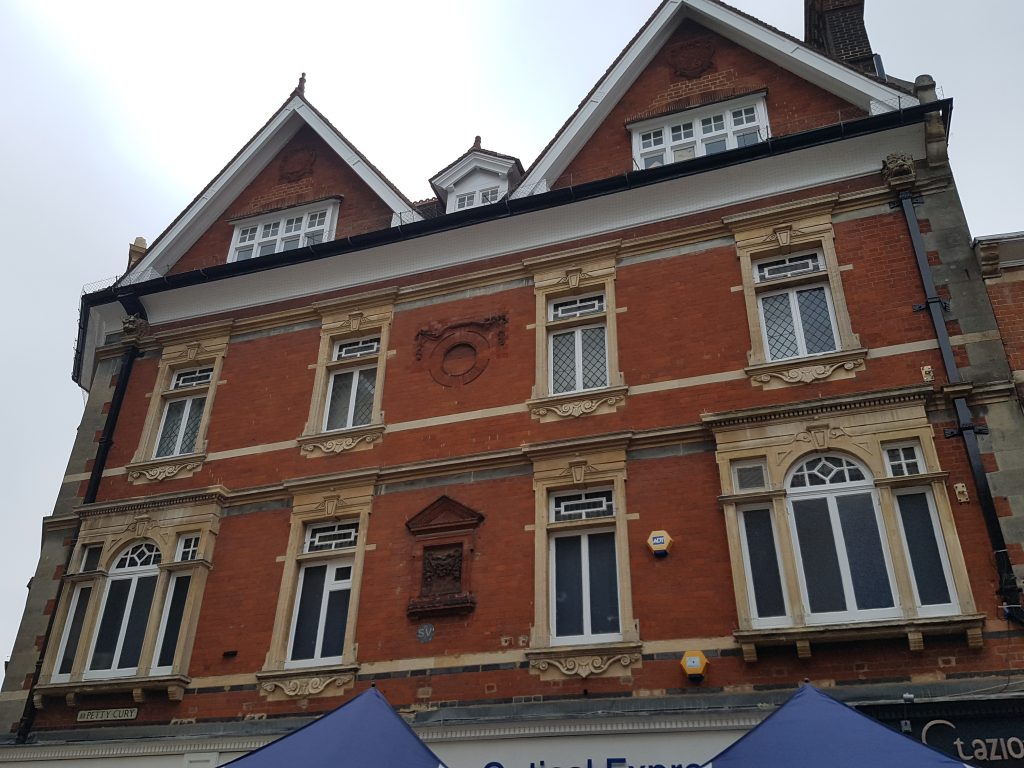 This  sequence of buildings appears in two censuses before it is ennumerated in 1861. The properties are those in Sidney Street which were listed after Petty Cury and before St Andrew’s Street.

This was the first premises for the Philo-Union or Cambridge Literary Society which was founded in 1826 for ‘the diffusion of general knowledge and the discussion of all subjects not of a theological nature’. The Society moved in 1846 to the Wrestlers. Josiah Chater went to some meetings but could not afford the annual 15s subscription. (Victorian Cambridge ed. E Porter)

On 24th March 1853 the Cambridge Branch of the YMCA moved to no.5 Sidney Street from 14 Rose Crescent. Josiah Chater was a founder member and very active  in the organisation as shown in his diaries. [It seems likely that these premises were no.5] the YMCA was based here for six years.

On 7th August 1858 it was decided that Josiah Chater and Alexander Macintosh should represent Cambridge at the second International Conference of the YMCA to be held later that month in Geneva. These two joined up the Josiah’s brother Alfred, Henry Wallis, Owen Jones, Fred Barrett and Edwin Barrett to have a few days holiday on the Continent before the Conference began. Josiah recorded in his diary this trip in great detail.

A E, son, b Cambridge

Mary was the daughter of Jonathan Denson and Sarah née Russell. 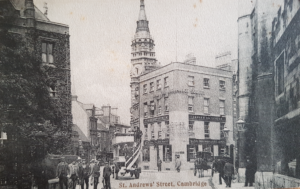 The photo above shows the appearance of no.1 Sidney Street presumably before it was taken over by Foster’s Bank. 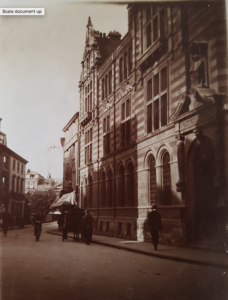 The surviving building was designed by the famous architect Alfred Waterhouse who also designed Girton College and the Natural History Museum in London. He was commissioned by the Foster family who wanted a new location for their bank which had outgrown its old location in Trinity Street. Both the exterior and interior of the building are impressive. 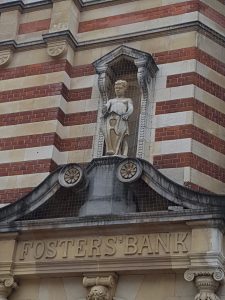 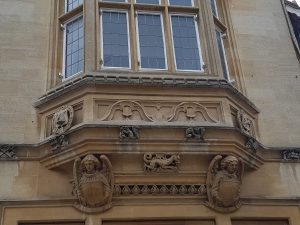 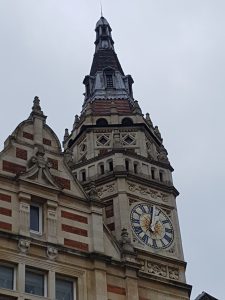 31/8/1939: Lloyd’s Bank practiced evacuating their staff to air raid shelters in the two strong rooms adjoining the main hall of the bank. Those in Lloyds Bank Chambers used a specially constructed cat-walk over the roof to the fire escape window. The two strong rooms are situated one below the other and a trapdoor will supply a means of escape should one of the entrances become blocked. In the event of a raid customers can accompany the staff or seek the nearest public shelter in wine vaults under Peas Hill (Cam.News) 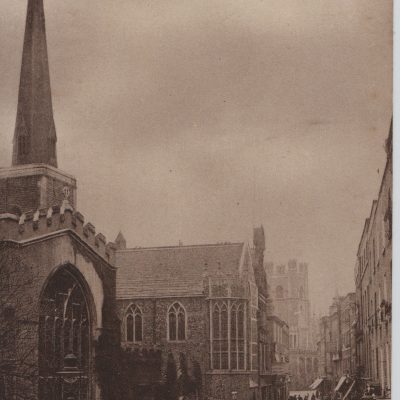