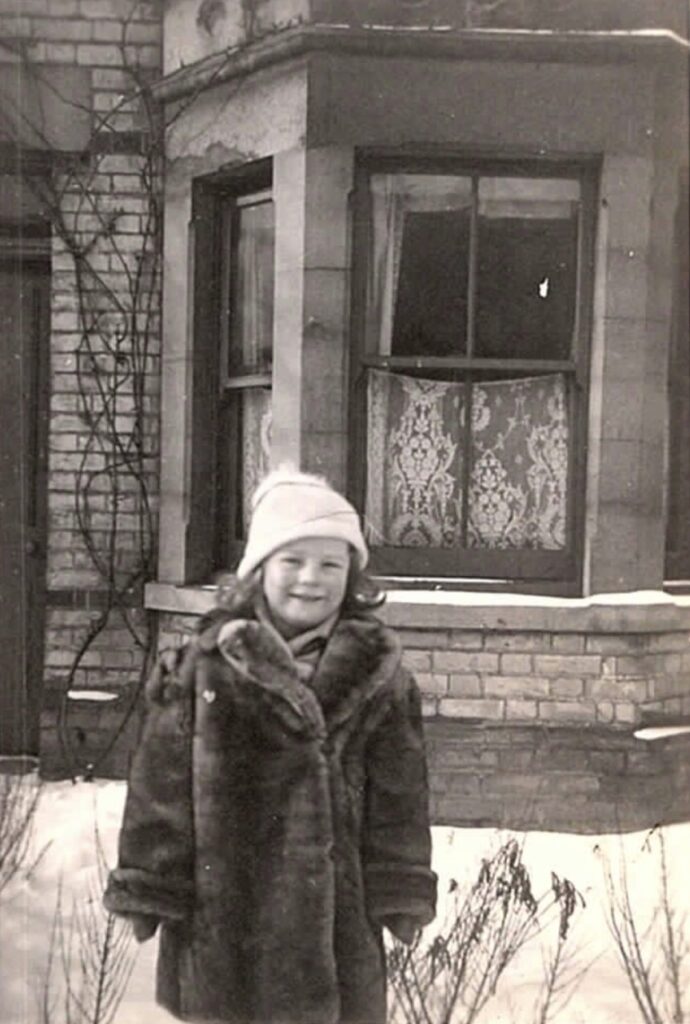 I lived at 21 Belgrave Road, the first of the two houses my mother owned in Cambridge, from the age of five or six ~ 1947 or 8 ~ until about 1954/5 (when we made the short move to 105 Burnside). Next-door to us in Belgrave Road on one side was Markillies Bakery, a low building which ran parallel along the entire length of our long, narrow back garden. Our right-of-way was through their yard, where we went daily with our bicycles; unfortunately the convenience and pleasure of buying freshly-baked bread there was short-lived as my mother, Mrs Eve Marion Dunbar-Marshall but known as ‘Johny’, very soon quarrelled with the owners, as was her wont with neighbours.

When writing this account, having looked online in the hope of discovering more about the Markillie brothers who ran the bakery, I contacted Lorna Markillie, an artist with a website. She very helpfully filled me in as follows:

My uncles Jim and Roy Markillie ran the bakery. My father Glynne was also involved at the start. My Grandad and Grandmother lived next to the bakery. Later Roy and his wife Valarie and their sons David and Bobby lived next door to them (maybe your neighbours). Our family is English [I had surmised from the name that they might be Italian] although originally French, as our ancestors came over as engineers from Northern France and were associated with draining the Fens.

In 1988 and the 90s the bakery business expanded and Roy’s two sons took it over and it moved from Belgrave Road to the Sindall’s yard off Cherryhinton Road. It has since ceased trading. The Belgrave Road site was converted into a house now called ‘The Old Bakery’ .

On the other side of us lived a friendly old man, Mr Crisp, who had a drooping white moustache, worked on the railway and wore blue denims. At some stage his niece Nellie and her husband Albert Coe moved in “to look after him”, though sadly this turned out to be a way of taking over his house and they treated him most unkindly. He wasn’t even allowed a key of his own, and I remember him standing in the pouring rain after work more than once waiting to be let in.

Opposite us, I think at number 18, lived old Mrs White, a kind friend to me. She owned Jenny, an affectionate black & white mongrel I adored and took for long walks in the surrounding streets. I’d often go in for a cup of tea and biscuits, and to watch children’s programmes such as Muffin the Mule and Sooty & Sweep, on her television, the first I’d had access to. Next to her was Mrs Shingler, a frail-looking widow who had a gramophone on which I was sometimes allowed to play her records of old songs.

At the Mill Road end on our side was a fish-&-chip shop; I used to play sometimes with the daughter Carol Hipkiss until Johny had a row with her mother, which put an end to that. On the opposite side and at the other end of Belgrave Road, the St Philip’s Road end, was Mr Jackson’s tiny grocery shop, mostly tinned and packeted foods. There was a glass jar of chewing-gum on the counter, and once when he went out back for something I committed my one and only shop-lifting crime and pocketed a packet. Also on that side of the road were a Mrs (and Mr?) Pope; and a Mr & Mrs German, which seemed a strange name to me as a child.

Diagonally opposite to our house lived warm-hearted Mr & Mrs Cyril Bendall, their son Christopher, and younger daughter Frances. She was about my age, and we got on well. Their place was almost a 2nd home to me as I had lunch there in the school holidays, my mother being at work all day. I was able to read Dandy and Beano comics there, which Johny considered vulgar. They kept chickens and a rabbit or two, though I learned to my cost it was no use getting too fond of the latter, as these were likely to end up as lunch. Further along towards the Mill Road end lived a plumber called Mr Stearn (Sterne?), his wife, and their daughter Anne, with whom I occasionally played. Mrs Stearn gave us pieces of raw rhubarb dipped in sugar as a refreshing snack ~ very, very tart!

Emerging into Mill Road from Belgrave Road and crossing straight over, there were several shops, as well as the Royal Standard pub which was just a Bus Stop name to me ~ “Standard!” I was given lunch money on days when the meal wasn’t provided at the Bendalls’, on the understanding I bought something savoury such as a pork pie. But I sometimes compromised and bought a sausage roll from Curwain’s, spending the remainder on a cake or bun. Nearby was a useful Co-op, with money-cups whizzing between counter & payment till on an overhead cable. And, best of all, a superior sweet-shop where I’d buy Cadbury’s fruit-&-nut chocolate bars, or maybe a Mars bar; confectionery was one of the things still rationed late in the ’40s, so one had to take one’s buff ration-book. Further along, on a corner, was Miss Twinn’s hardware shop, which packed in an incredible amount in a very small space.

Carry on in the direction of the town centre, and you’d pass a Cobbler who had in his window a mechanical torso of a grey-haired man hammering at a shoe (I saw an identical one in a shop-window just the other day, a retro novelty). Then Mr Sharman, the Greengrocer with a good selection of fruit and fresh vegetables where I was often sent for potatoes and so on. After a bit there was a small collection of shops which included a Post Office-cum-Bookshop, and North’s Bakery, with mouth-watering cakes ~ jam puff and chocolate-coated flapjack were my favourites for a Saturday treat. After a stretch of residential houses one came to a shopping area known as the Broadway, with shops on both sides of the road, one ~ Farmers’ Factors’ ~ selling animal foods, hay and the like.

Under the Railway Bridge was the PDSA which offered free basic veterinary treatment for injured or sick pets. Once or twice I took Jenny there. And underneath the far side of the bridge was our Doctor’s surgery, for sick or injured people, our GP being a Dr Sadler, the other Dr Grange. With which I guess I’ve ventured far enough from Belgrave Road… 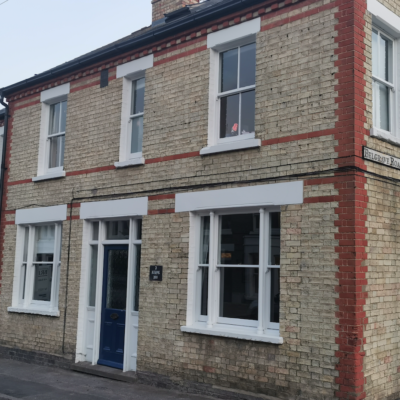