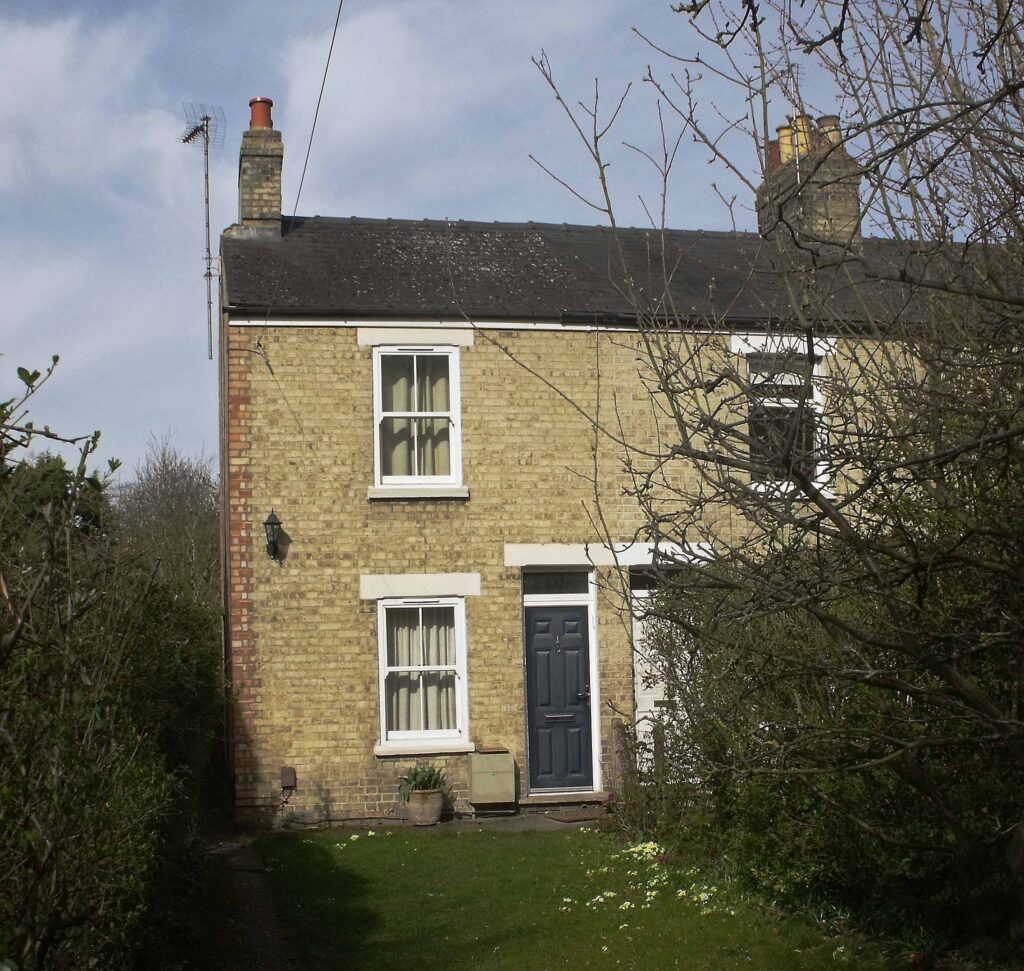 I lived with my mother at number 105 Burnside from about 1954/5 until 1962, when I got a job in the University Library and left home to go into bedsits. So, having lived as a child and teenager at the footpath end of Burnside for several years, I have clear and fond memories of the Brook, our kindly next-door neighbour Mr Wiseman, and the footpath to Cherryhinton. Before that we had lived at 21 Belgrave Road, about a mile further along off Mill Road, since I was five or six, and even then the brook at Burnside was familiar to me as, when my father came on his annual visit for my February birthday, he’d sometimes take me for walks there.

At our previous house we had a friendly postman, Mr Wiseman, and aware that my mother (known as Johny) was wanting to move he tipped her off that #105, the house next-door to his own, was up for sale and, being in a neglected condition the asking price was affordably low (under £1000). It did indeed need a lot doing to it ~ I remember that the downstairs ceilings were smoke-blackened, and the built-on bathroom walls were raw brick which Johny painted glossy blue enlivened by crude brightly-coloured fish. Part-way along Mill Road between Burnside and Belgrave Road there was a junk-shop, Turpins, with a large yard, and here she found all sorts of bits of furniture and utensils; she also used small wooden packing-crates ~ probably from Mr Playle the nearby greengrocer ~ draped with cloths as low tables, etc. My small bedroom had a sloping ceiling and tiny window which opened by sliding along sideways and looked out over open countryside. There were rabbits, and I even saw a sparrowhawk once.

But directly below that window was Mr Wiseman’s shed, rather romantic-looking being part of an old chapel. Johny rarely got on with neighbours, but even she always remained on good terms with him. In those more trusting & less suspicious days I would go round to his house after school and sit in his cosy living-room; we would make thick white toast on toasting forks at the fire, to have with hot sweet tea. Later he would shave in the kitchen & I could hear him singing a 1st World War song ‘If you were the only girl in the world & I was the only boy’: he’d never had a radio. I looked out of my window one moonlit night and saw him wheeling his bicycle into the shed, only to realise that he’d died a few weeks before ~ my only experience of seeing a ghost (at the age teenage girls sometimes do), his spirit perhaps still lingering where he’d lived for so long?

Our other neighbours were the Prewers, an elderly couple. They had a right-of-way on our front garden path, a recipe for disaster with my mother’s quarrelsome nature. The wife was rarely seen, but Mr Prewer wheeled his bicycle in & out regularly, and I was put in the embarrassing position of being forbidden to speak to him when we happened to pass one another.

I often walked along the brook to Cherryhinton; to the right were I think a playing-field and allotments, to the left open fields, and towards the far end across the stream stood a large landmark tree, gaunt & possibly dead, which I named ‘Tosca’. The stream itself periodically ran sludgy grey, when the cement-works released their waste into the water. The destination village held the attraction for me, as a pony-mad girl, of Mill End Stables, where riding was relatively cheap. It was run by Sid (?), and a smooth charmer called Guy who later absconded with the funds and most of the tack. There were just a few horses & ponies, and I always rode Nigger (no racist connotations back then as it just indicated the colour black ~ shoe polishes, etc, were similarly named). There was also Titch, dappled grey with a tendency to bolt, and a stocky roan cob called Betty.

One day, walking the path, I encountered a woman leading a pretty little Exmoor pony being ridden bareback by her daughter, a well-built girl of about my age, her feet seeming almost to touch the ground. Flash was unbroken and feisty, bought from the cattle market for about £6 but was never really suitable for Joan to ride and ended up on Coldham’s Common. Joan and I were to become best friends until I was packed off to boarding school. She was a tomboy, and I have a fond memory of her deciding to jump across the brook. Unfortunately she changed her mind in mid-leap, and landed right in the middle!

At the other end of Burnside, where it meets Perne Road and Mill Road, there was a flock of domestic geese which terrorised passers-by, chasing everyone with flapping wings and loud cackling. Years later I discovered that my husband, Tony, as a student cycling to his digs in Cherryhinton (via tarmac path and road) had also had to run the gauntlet of these same geese.

My travelling days are over now but Tony and I paid what was for me a sentimental visit within the last ten years, and were even given a tour of our old house, which laid some ghosts. Burnside itself has become upmarket in its residents ~ professionals & so on ~ but the brook remains unchanged in appearance. 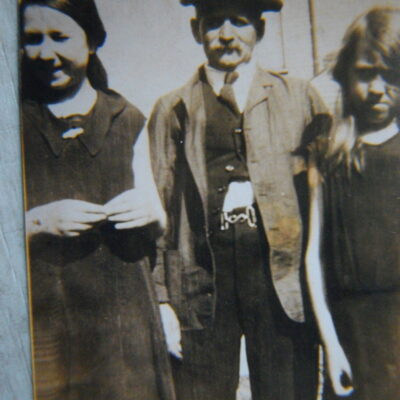