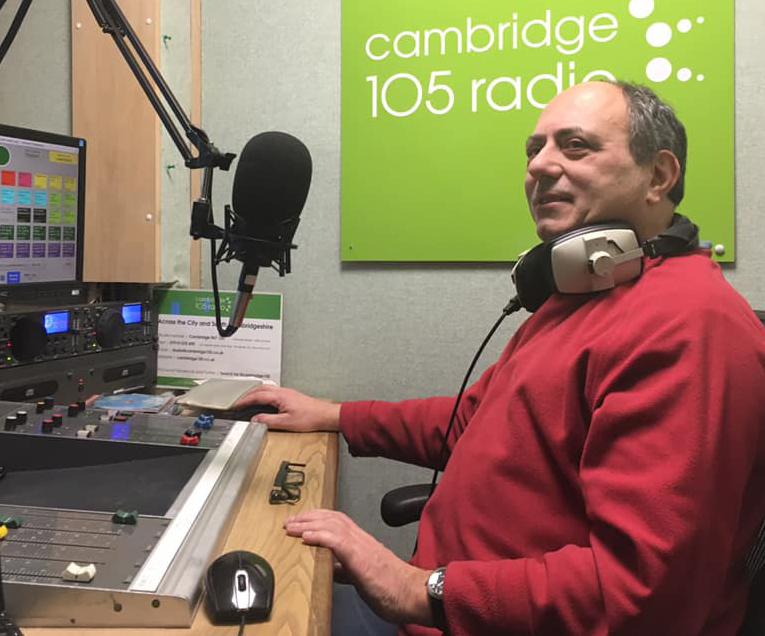 Cambridge born Paul Christoforou started going to concerts and local gigs in the mid seventies, averaging around 3 per week.In 1984 Paul decided he would have a go at reviewing  and so sent his offering to the local fanzine Blue Suede News. Pauls’ piece was published so he continued to write and send. When BSN stopped Paul and a handful of other local music fans decided that a new fanzine should follow and so 32 issues of Scene and Heard were produced between 1986 and 1993.During this period Paul also wrote occasionally for  one or two other publications, as well as joining Cambridge Community Radio.These days Paul broadcasts on Cambridge 105 Radio on a show called Rock of Ages,fortnightly on Saturdays from 9 to 11 pm.

The annals of local history show that one night in 1985 revelers set about holding a disco in a disused cycle shop at the top of Norfolk Street. The riot that ensued when Police arrived was the catalyst for the formation of the Cambridge Venue Group. (CVG) They were a pressure group, put together in order to lobby Cambridge City Council into providing some much needed leisure facilities for city residents. 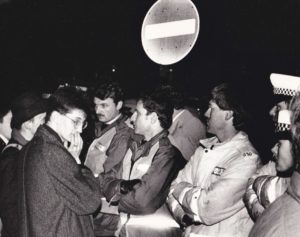 “Back in the eighties general consensus among the youth of the day was that there was simply nowhere to go for a good night out, and nowhere for bands to play. Over the years the landscape had changed. During the sixties Cambridge was home to a range of dance halls,including The Victoria Cinema and ballroom on Market Street.The Masonic Hall and The Guildhall both put on dances and other events,and then there was The Dorothy ballroom. Ideal for a spot of afternoon tea, plus wining, dining and dancing on five floors.The Dot,as it was affectionately known, was situated on Sydney Street and ran the length of Hobsons passage through to Hobson Street.The building was later to become the home of book retailer Waterstones. The Regal in Regent Street, although primarily a cinema would play hosts to some of the biggest touring pop groups of the time,most notably in 1963, when a group from Liverpool,calling themselves The Beatles, stopped of twice on route to global fame and fortune. The Rex, in Magrath Avenue was a ballroom and cinema and, on 8th June 1969 The Rex was the scene for a homecoming.Pink Floyd a band whose routes where in Cambridge played what was to be their last show in their home town.Thereafter there would be no space large enough locally to accommodate the Floyds ever expanding stage and light show.

Sadly and slowly most of our dance halls were lost to us during the seventies. Worse still The Corn Exchange was closed for the best part of a decade while ideas for its refurbishment were being considered.So, by the eighties feast had turned to famine and our prestigious University City was served by a handful of pubs.These were supplemented by The Sea Cadet hall on riverside, where rock bands were welcome and Fisher hall, in Guildhall Street, an occasional setting for local bands or visiting acts. On separate nights during June 1984 Fisher Hall reverberated to the sound of Hanoi Rocks, a band from Finland, and homegrown punk outfit UK Subs. ”

The search for a new suitable venue had both the City Council and the Cambridge Venue Group assessing the merits of many premises around Cambridge, but most, if not all could easily be discounted, due to either their size or location.In the midst of all the uncertainty came a suggestion to place a dome top onto The Elizabeth Way Roundabout, thus creating a covered space below.Most thought this to be somewhat bizarre, and an obvious non-starter.Still the idea, dubbed The Magic Roundabout,increased awareness surrounding the lack of leisure facilities for young people in Cambridge. 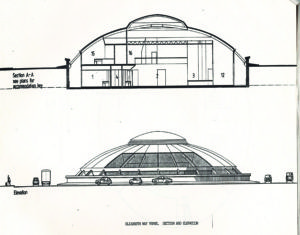 The Venue Group were anything but idle during this time.Fund raising activities included the release of a cassette, featuring music by local bands,they put on comedy nights in an underground car park,and they also gathered in stacks of donations for a record fair which was called vinyl for the venue. 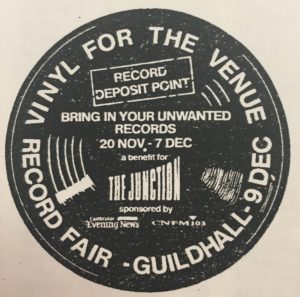 In July 1986 an editorial written by Venue Group member Pete Hannon was featured in the local music fanzine of the time Scene and Heard. The article provided a summary of what had gone on so far.It was stated that Chris Howard, the then leader of the Labour group on the council had said at a public meeting held in December 1985 “tell us what you want”. 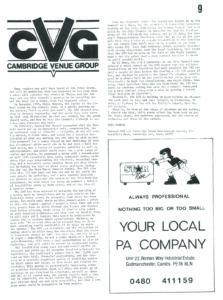 The Venue Group outlined a proposal for a venue that would not just be a hall for loud music,but a centre for creative activity as well as entertainment, with rehearsal rooms workshops and a base for a community radio station too.The Venue Group also confirmed the Council had,in February 1986, offered to put up a soundproofed industrial unit, for an estimated cost of around £250,000, on the old cattle market site on Clifton Road. However The Venue Group did not want this offer to be taken up instantly.Reports were compiled and and a feasibility study was undertaken in order to asses the suitability for both the councils proposal and the Elizabeth Way roundabout idea. One issue was location,some considered Clifton Road to be too far South of the city to suit everyone.It was also the wish of the Venue Group, “to ensure that a new venue would be self financing,make a real contribution to life in Cambridge and still be around in twenty years time. 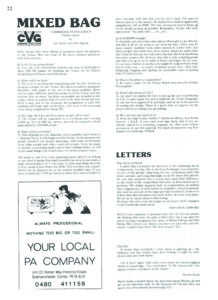 Ultimately there were no real choices for the Venue Group or anyone else to preside over, and so the Council forged ahead with what was after all their initiative A small team of staff were assembled led by Paul Bogen,a local chap with experience in the world of theatre. In the press we were promised a broad range of events for a wide and diverse audience. We hope to introduce a number of different elements into the programme, from theatre, dance, literature, alternative comedy acts to overseas poets and singers, as well as solid local and national bands.

An opening night gig featuring local favorites The Bible! Was arranged for Wednesday 14th February 1990.Earlier the same day the venue was officially launched with various activities both inside and outdoors.These included a theatrical trapeze duo called Skinning the Cat. Popular Disc Jockey John Peel, a man renowned for giving exposure to those at the start of their careers on his BBC Radio show quickly dispensed with the formalities. He reminded us we were standing in the cold on a winters day, and so cut the tape and declared The Junction open for business. 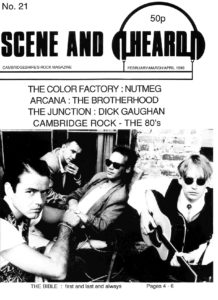 Seen and Heard. Issue 21. 1990.Featuring The Bible and and introduction to The Junction team.

DOWNLOAD PDF Scene and Heard Issue 21 feturing The Bible and a feature introducing the management  staff at The Junction. 1990.

Due to appear over the coming years were the likes of Blur, Radiohead,Green Day, Amy Winehouse, Coldplay and Ed Shearon.Those who at first had stood in line would later go on line in order to book a ticket to see their favourite band or enjoy a club night.Good times indeed.” 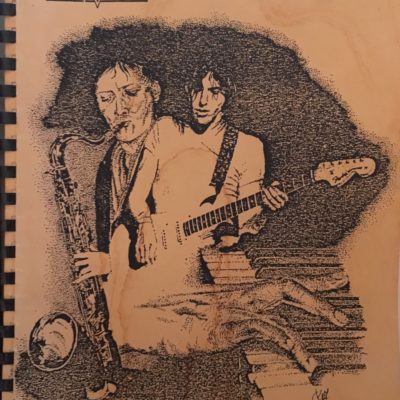